The Indispensable Films Of John Hughes 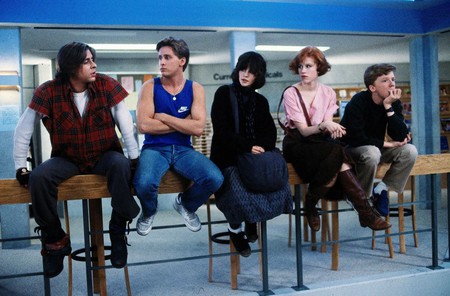 John Hughes created films that become a voice for a teenage generation. Hughes spent his teen years in the Chicago suburb of Northbrook, and this upbringing eventually inspired him to set the majority of his films in the surrounding areas. Hughes created a Chicago suburb that was universally relatable, with realistic drama and high-octane comedy.

Everyone had a time as a teenager where they felt like they had to fit in a specific clique or expectation. When an unlikely group is assembled for a Saturday detention, each main clique or teenage stereotype is represented, but when they’re removed from their groups, they find common ground. The Breakfast Club was revolutionary in how it treated the pressures teenagers face because it treated them as real without making a spectacle.

Has there ever been a film that has celebrated Chicago as much as Ferris Bueller’s Day Off? Many an audience has been inspired by the charismatic title character to cut loose and explore the best of Chicago from Wrigley Field to the Art Institute. No matter how old you are, you’ll be guaranteed to wish you were as cool as Matthew Broderick’s Ferris singing on top of a parade float by the end.

The heartwarming brain for Breakfast Club is back, this time as a pair of helpless geeks accidentally creates their stereotypical dream woman with a computer. The ’80s were a time that Hollywood was most guilty of the trope of computers equaling magic, so as long as you don’t think too hard about the logistics, you’ll love watching these two geeks in Weird Science gain their confidence with the help of a beautiful tech-wizardess.

It’s the Thanksgiving holiday, and all Steve Martin’s character in Planes Trains & Automobiles wants is be home with his family. When an executive and blizzard put that plan in jeopardy, Martin needs a miracle to get back to Chicago in time. Instead he gets a traveling salesman played by John Candy as his partner for a three day ordeal where everything that can go wrong, does go wrong – but with hilarious results.

Slapstick is a delicate comedic craft of whacks, trips, and physical violence. The greatest example of modern slapstick is Hughes’ written blockbuster, Home Alone. Macaulay Culkin solidified his status as the child star of a generation as a small boy who turns his house into an elaborate trap for two unfortunate burglars.

This film is the beginning of a cinematic empire. The shenanigans the Griswold family gets into trying to take a cross-country roadtrip to the fictional Walley World will make anyone laugh. However what really makes this film is Chevy Chase’s depiction of a father obsessed with giving his family a perfect vacation, pushing his entire family to the edge in the process.

Sixteen Candles is not a movie that has aged well in many aspects. With an incredibly racist caricature of a Asian foreign exchange student to a side story line that seems to imply date rape, there are parts of this film that can be a major turn off for some people. However this movie is a classic, and if you can get through these unsavory bits, you can enjoy Molly Ringwald as the misunderstood teen we all felt we were. While you might have felt as invisible as Ringwald’s character when her entire family forgets her birthday, you’ll enjoy her happily ever after when she catches the attention of her secret crush.

Molly Ringwald has never been as iconic as she is in the Hughes written film Pretty in Pink. It’s the classic setup of girl mooning over her ideal boy while her best male friend is secretly in love with her. And while this film might end stereotypically with girl and boy making it work, its true strength comes from the sequences where Ringwald’s character refuses to let other people ‘break’ her. She makes her own dress, goes to the school dance alone, says no to jerks, and relies on the support of people like family and friends. Getting the guy is icing on the cake.