Literary Landmarks To Visit In Chicago 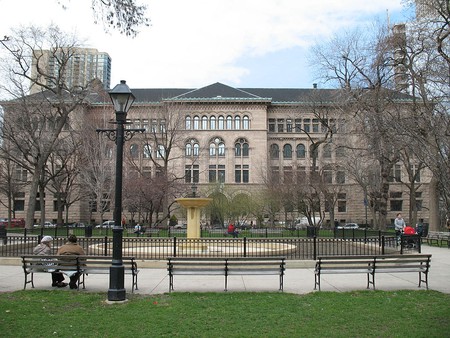 If you’re an urban bibliophile and want to make a dent in your literary bucket list, start off with these beloved Chicago landmarks. Once you soak in all of the city’s book culture, graduate to road tripping around the Midwest’s greatest literary highlights. No matter how far and wide your travels take you, know that you can always find a connection to literature; you just have to know where to look. 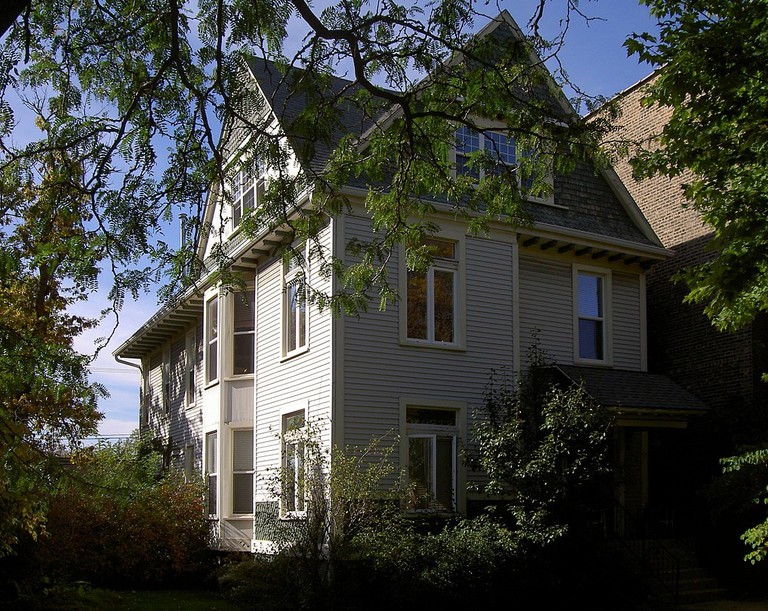 Poet and author Carl Sandburg's Chicago residence where he wrote his iconic poem, "Chicago." | © Amerique / WikiCommons
Sandburg only spent three short years living in this modest North Side home, and since then it’s since been privately owned and not open to the public. But he coined Chicago’s famous nickname ‘City of Big Shoulders’ in his eponymous 1914 poem ‘Chicago‘ that he wrote while living here, making it worth a stroll by if you’re in the neighborhood. Though his poetry made him a big name in this city, he was also a biographer, author, lecturer, folk singer and Pulitzer Prize winner, and was originally from Galesburg, Illinois.
Open In Google Maps
4646 N Hermitage, Ravenswood, Chicago, Illinois, USA
Visit Website
Give us feedback 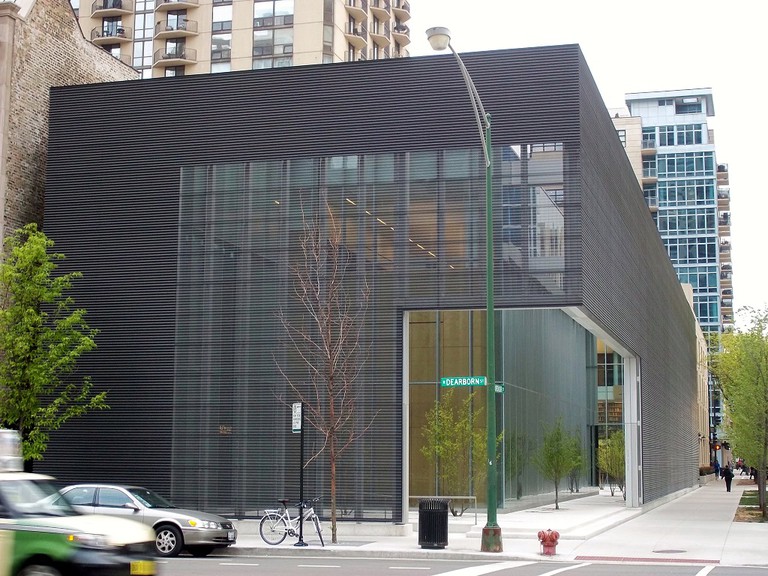 The Poetry Foundation in Chicago's River North neighborhood | © Alanscottwalker / WikiCommons
Harriet Monroe founded Poetry magazine in 1912, and in 2011 the architecturally stunning Poetry Foundation building opened in River North to give both the magazine and the foundation a new home. It’s certainly the center of poetry in Chicago, and is often considered the same for the rest of the world. The building features ‘a public garden, a 30,000-volume library, an exhibition gallery, the Poetry Foundation’s programming offices’, and is an overall great place to while away your lunch hour. A visit to this literary landmark, or even a spin around their website, will confirm in you the new belief that poetry isn’t dead.
Open In Google Maps
61 W Superior Street, River North, Chicago, Illinois, USA
+13127877070
Visit Website
Give us feedback 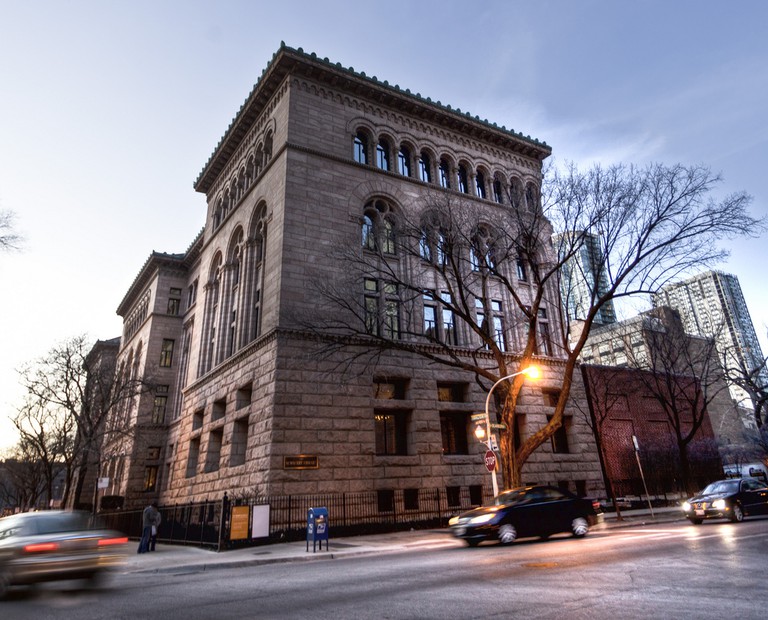 Newberry Library is free and open to the public | © Terry Robinson / Flickr
This hidden gem on the Near North Side has been Chicago’s premiere independent research library since 1887. It has a collection of more than 1.5 million books, 5 million manuscripts and 500,000 historic maps, making it the perfect place for all your research needs. The Newberry hosts an annual book sale, educational programs and much more. Lit lovers may also recognize it as the place of employment for Henry DeTamble, the main character in Audrey Niffenegger’s The Time Traveler’s Wife. Learn more about the library’s history and the perks of being a member here.
Open In Google Maps
60 West Walton Street, Rush & Division, Chicago, Illinois, 60610, USA
+13129439090
Visit Website
Give us feedback 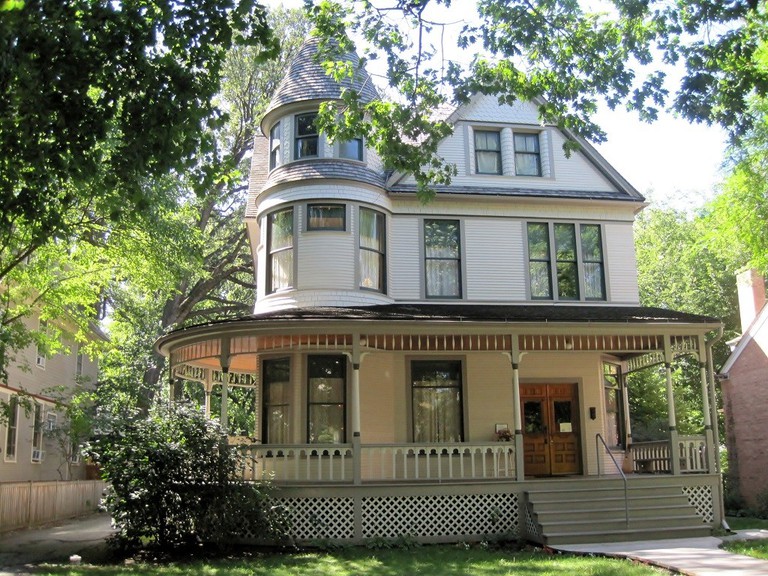 Ernest Hemingway's birthplace | © Teemu008/Wikimedia Commons
Ernest Hemingway made a name for himself all over the world. You can throw a stone on any street in Paris and hit a café with a ‘Hemingway ate here’ sign. The oldest restaurant in Madrid immortalized his regular table and uses it as a tourist attraction during walking tours. But none of it would be possible without Oak Park, Illinois. It’s a short trip, lying just outside the city limits, but you can still get there on the Green Line. Highlights around town include the Ernest Hemingway Birthplace Home and the Hemingway District. It may not be Europe, but Oak Park is still no slouch.
Open In Google Maps
339 North Oak Park Avenue, Oak Park, Illinois, 60302, USA
+17084453071
Visit Website
Give us feedback

Library
Facebook
Email
Twitter
Pinterest
Copy link
Share
Map View
If you’re itching to get out from behind the library stacks and explore a little, try out Chicago’s original Devil in the White City tour to learn the history of 1893 World’s Fair serial killer H. H. Holmes. Participants board a bus and are taken ‘on a journey back in time to not only the places where Holmes sought out and dispatched his victims, but also to take a look at the remnants of the spectacular fair and to get an inside look at Chicago in 1893 and what the world saw when it came to the Windy City.’ It’s perfect for history nerds and lit lovers alike, and tickets start at $35 per adult. The tour departs at 3 pm on most Saturdays and Sundays and lasts three hours.
Open In Google Maps
Chicago, Illinois, USA
Give us feedback

Named for Chicago’s first African American mayor, this massive mainstay on State Street has housed the central branch of the Chicago Public Library since it opened in 1991. It attracts tourists with its beautiful architecture and rich history, and Chicagoans love its convenience and expansive layout. The building is an attraction itself, and CPL has made sure you will never be bored with their list of the Top 10 Things To Do at HWLC. It even hosts rotating exhibits of art, literature and more.
Open In Google Maps
400 South State Street, Chicago Loop, Chicago, Illinois, 60605, USA
+13127474300
Visit Website
Give us feedback 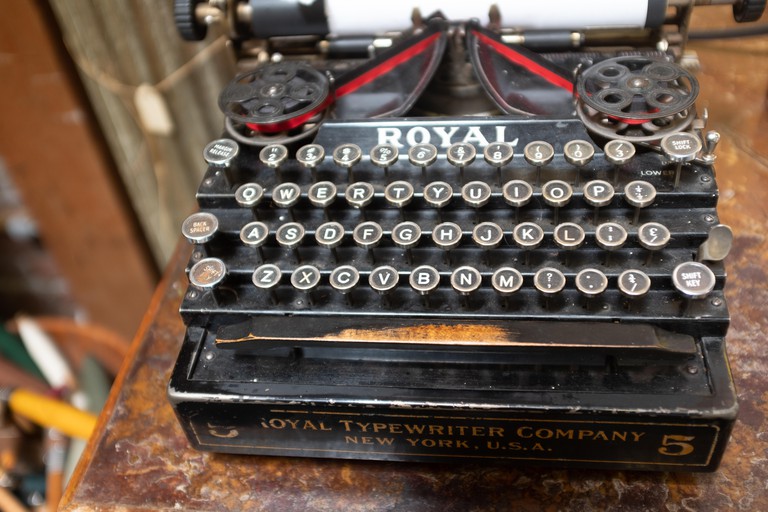 The first and only museum in the United States that is dedicated to great American Writers will open on Chicago’s Magnificent Mile in 2017. Its extensive and active online presence has revealed the museum’s design plans and organizational goals. The American Writers Museum will be a new and much-needed space for celebrating great authors and promoting a love for reading and writing.