11 Habits You Pick Up Living in Illinois 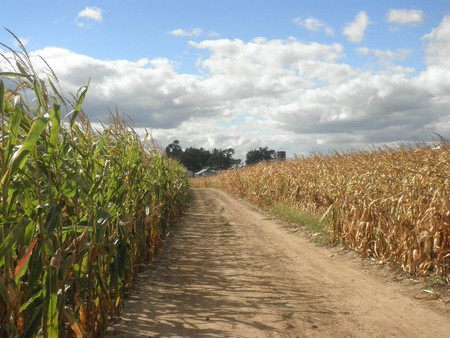 Illinois is a big, long state that covers a lot of ground, and thus has habits and behaviors that range from Chicago to Peoria, Metropolis to Antioch. There are a lot of differences in the great Prairie State, but most Illinoisans do pick up these habits when living here. Read this list to see if one of these things is a habit for you, too!

Never heard anyone say “Ope” before? Then you’ve likely never talked to Midwesterners. The word naturally falls out of Midwestern mouths and most people can’t even tell you exactly why. According to an article in KansasCity.com on the mysterious Midwesternism: “Ope is a tiny exclamation of surprise, a word you would use if, say, you accidentally bumped into somebody. As in: “Ope, sorry!”” Ope, we didn’t know this was such a habit!

How to root for multiple sports teams

You can root for the Cubs, the Sox, The Brewers or the Cardinals. It depends on where you live! But you better root for The Bears for pro football and University of Illinois and Northwestern for college football. Those are your options, so buy your correct hats and jerseys and get ready to cheer. Oh, and an Illinoisan knows as much about hockey as a Canadian because of the Stanley Cup champions The Blackhawks. Go Hawks! You’ll make celebrating winning teams a regular habit in Illinois.

A love for good beer

Chicago is famous for Goose Island, 312, Revolution and Lagunitas Brewing, but the Windy City isn’t the only place for superior craft beer. There are notable craft breweries all over the state, which has made drinking great beer a favorite past time for many Midwesterners living in Illinois – it’s hard not to want to taste all these wonderful brews. Brew Nose Brewery in Hodgkins, IL is definitely worth a visit, as are Decatur Brew Works in Decatur, Elder Brewing in Joliet, White Oak Brewing in Normal, Evil Horse in Crete, Iron Spike in Galesburg and so much more! Plan several craft beer tours in different cities and towns throughout the state by checking out this list of Illinois Craft Brewers.

Corn is everywhere, so it’s pretty obvious people in Illinois eat it in a variety of ways. Whether it’s sweetcorn stands in the summer time or hearty corn casseroles in the winter months, everyone in all areas of Illinois know how to cook this vegetable. Click here to learn a few new recipes from this great state, like a cheesy corn casserole! The best part of living in Illinois and being surrounded by corn fields isn’t just eating corn. People in Illinois love corn mazes. Every autumn several farms design corn mazes for Illinoisans of all ages to wander through. Make sure you get a map! 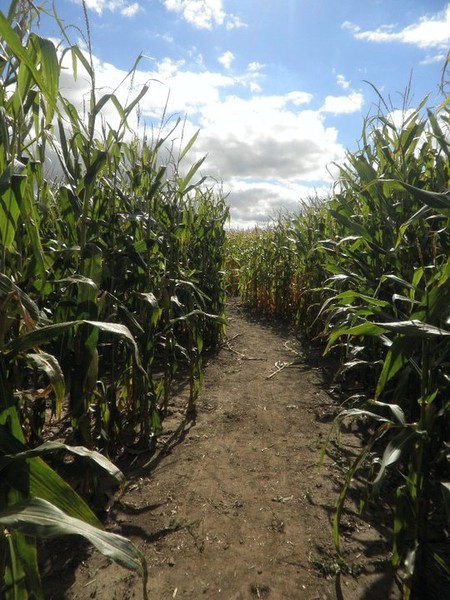 Asking for a side of ranch

Anyone from Illinois – and the entire Midwest – knows to ask for a side of ranch. That’s right – ranch dressing. People in Illinois don’t just ask for ranch to pour on a salad. No, no. Ranch is used as a dip for carrots, celery, chicken wings, mozzarella sticks, pizza and french fries. It is truly the mother sauce to all Midwesterners. There isn’t a single restaurant in Illinois that isn’t used to being asked for ranch. After you live in Illinois for a while, you’ll find yourself making a habit out of dipping fries in ranch dressing.

A jar of ranch dressing: a treasure to Illinois eyes I | © Whitney / WikiCommons

People in Illinois are polite from the north to the south. People here say “please” and “thank you” and are fast to welcome new neighbors to neighborhoods from Chicago to Springfield. After living in Illinois for a while, you’ll start asking strangers at the grocery store how their day is going and smiling at people you pass on the street. Being polite in Illinois is second nature, and is a habit that certainly does more good than harm.

Sad to think in about two weeks these guys will be on their way home. #thanksgiving #chicagobound #skyline #exchangestudents #mx #midwesternnice #greatlakes #seeyousoon #lit #squadgoals

How to take a beautiful sunset picture

Illinois sunsets are the very best and that’s because there are a variety of gorgeous natural wildlife preserves open to the public for beautiful views of the setting sun. When you live in Illinois, you’ll see a several colorful sunsets ranging in gorgeous pinks, purples, and oranges. You’ll certainly feel compelled to snap a photo like everyone else in this great state. Visit a state park like Garden of the Gods, Starved Rock, Pere Marquette or the Midewin Prairies to take different sunset pictures that will rake in the likes on Instagram. When all else fails, simply snap a pic of the setting sun over a cornfield for the #MostIllinois thing you can possibly do.

How to handle a real snow day!

Illinois is known for getting hit very hard in the winter with cold weather and piles of snow, but people in Illinois know how to keep calm and carry on when blizzards hit. A great habit to pick up when living in Illinois is how to deal with the snow. It doesn’t just snow in Illinois, it also sleets. Sleet, hale and a number of other horrible rain-like storms happen often in the winter and spring months, and Midwesterners in Illinois are experts at driving in terrible weather. You’ll know how to drive in snow, shovel snow efficiently, and you might even learn how to cross country ski in the snow!

Illinois is the only state that observes Casimir Pulaski Day as a holiday, meaning people who grew up in Illinois likely expect to get the first Monday of March as a day off from school or work. Pulaski Day celebrates Polish military strategist, Casimir Pulaski who assisted the Americans during the Revolutionary War. That’s all wonderful, but why does Illinois celebrate the holiday? In the 1900s Chicago and its neighboring suburbs became a hub for Polish immigrants who decided to honor this Polish American hero. The holiday grew in popularity from there, before becoming an official holiday in 1985. Musician Sufjan Stevens wrote a beautiful song called “Casimir Pulaski Day” on his album Come On Feel the Illinoise!

The rules to Cornhole

Cornhole – also known regionally as ‘bags’ – is a simple game in which one tosses a bean bag into a small hole in a hollow wooden ramp. It is played at literally any outdoor party, event, church festival, carnival, bar with a patio, park and just about everywhere in Illinois during the summer. Cornhole might sound like a dirty word, but once you live in Illinois for a while you’ll be shouting “Let’s play Cornhole!” any time the sun shines.

If you aren’t from Illinois, jokes about Indiana may have never crossed your mind. If you aren’t even from the Midwest, you might never think about the neighboring state. If you’re from Illinois, you’ve grown up your entire life making fun of the “Crossroads of the Midwest” as a state to drive through. Do you need to make a room of Illinoisans laugh? Go ahead and set up a joke where Indiana is the punchline. You’ll be the life of the party! After living in Illinois, you’ll have a bevy of Indiana jokes in your back pocket. Is it a bad habit? Perhaps, but it brings a smile to many people in Illinois.