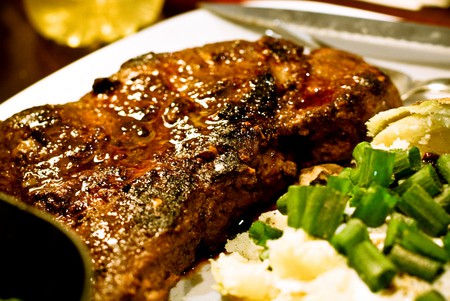 Hollywood, Florida is beach lover’s town nestled along the I-95 route between Palm Beach and Miami. From dive bars and diners to unexpected authentic locales, here are the 10 best local places to eat Hollywood has to offer.

Restaurant, American, $$$
Facebook
Email
Twitter
Pinterest
Copy link
Share
Located across from the Hollywood beach on the Intracoastal waterway, Le Tub has been named as one of the best places in America to indulge in a hamburger by the Travel Channel, The Oprah Winfrey Show and GQ magazine. This funky, multi-tiered, outdoor dining locale has the feel of a backyard garden, with mismatched decor, and bathtubs converted into functional plant holders. Hamburgers here are the size of cantaloupes and loaded with the works. 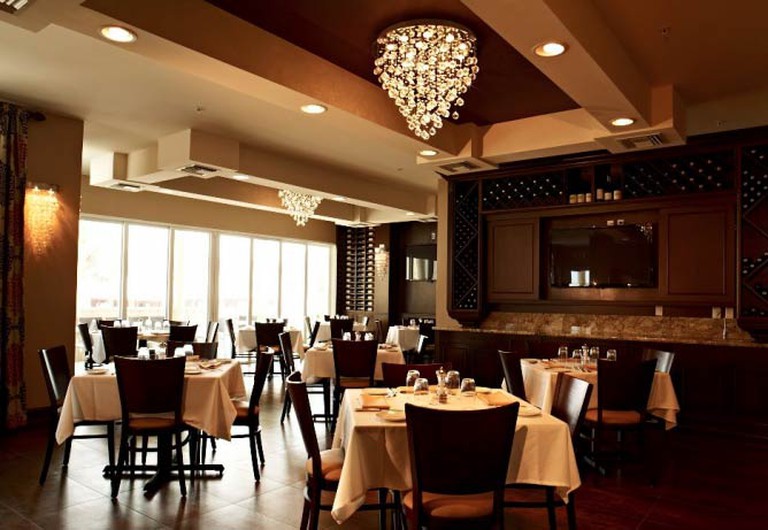 Sardelli, Hollywood | © Courtesy of Sardelli's Italian Steakhouse
This swanky four-storey Italian steakhouse showcases crystal chandeliers, an onyx bar and mahogany wine displays with rare, vintage bottles. Chef-Owner, Fulvio Sardelli Jr has a heritage rooted in Italian farming and wanted the Sardelli’s to reflect the integrity of his family from the culinary creations to the comfortable and robust decorations. Offering cooking classes and wine pairings, the restaurant has not only been named a great place to eat, but a new star in the Hollywood-Miami area. Try the Eggplant parmagiano agnolotti, which consists of Japanese eggplant and shaved parmigiano. Pair it with a suggested wine from a menu featuring more than 400 bottles. 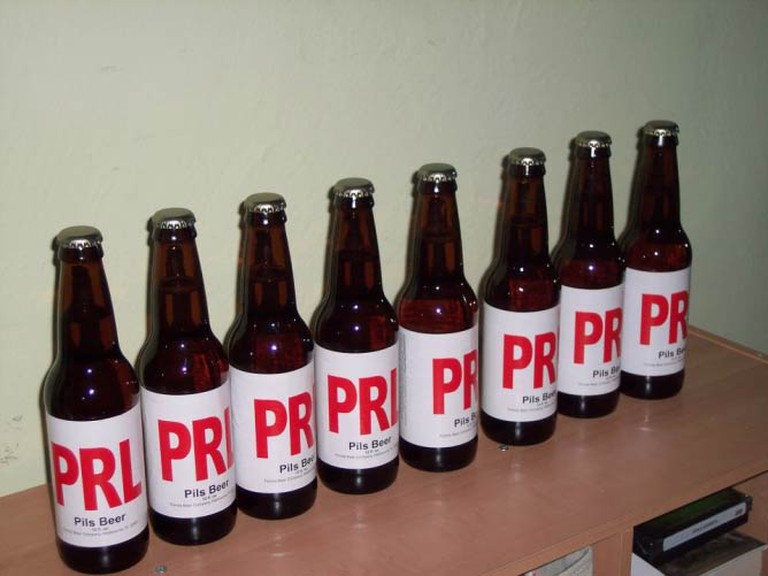 © Courtesy of PRL Euro Café
PRL Euro Café consists of trendy, local artwork, an artistic atmosphere, live music, art shows and more than 100 primarily craft European brews. Grab a New York slice of pizza from Maurios next door and bring it to the table to share. PRL Euro Café is one of the few places in Florida that still allows indoor smoking. If that isn’t appealing, the outdoor patio is a respite from the fumes. From the beer selection, try the Okocim lager, Delirium, Zywiec, or Framboise.

Bar, Restaurant, Peruvian
Facebook
Email
Twitter
Pinterest
Copy link
Share
Located in the Hollywood Circle, J28 Sandwich Bar offers sandwiches with a Peruvian twist. The restaurant offers fresh bread made daily, fresh ingredients and a creative menu. This casual, clean and inexpensive restaurant doesn’t disappoint. Try their chicken salad sandwich, the chicharron sandwich with sweet potato, the butifarra, or the quinoa lomo saltada. Any of these dishes can be paired with a drink called la chichi.

Diner, American, Vegetarian, $$$
Facebook
Email
Twitter
Pinterest
Copy link
Share
Everyone loves a good diner, and Moonlite Diner is exactly that in its quintessential American 1950s style. Offering traditional breakfasts on a late-night menu, to all-American lunch and dinner cuisine, the diner is something straight out of the movie Grease. Whether it’s an early morning meal or late night snack, Moonlite Diner is the silver lining. From the menu order the malt shake, an omelet with hash browns and biscuits or the BBQ Pork Hash, which is pulled pork served over hash browns and topped with two eggs and cheddar cheese. 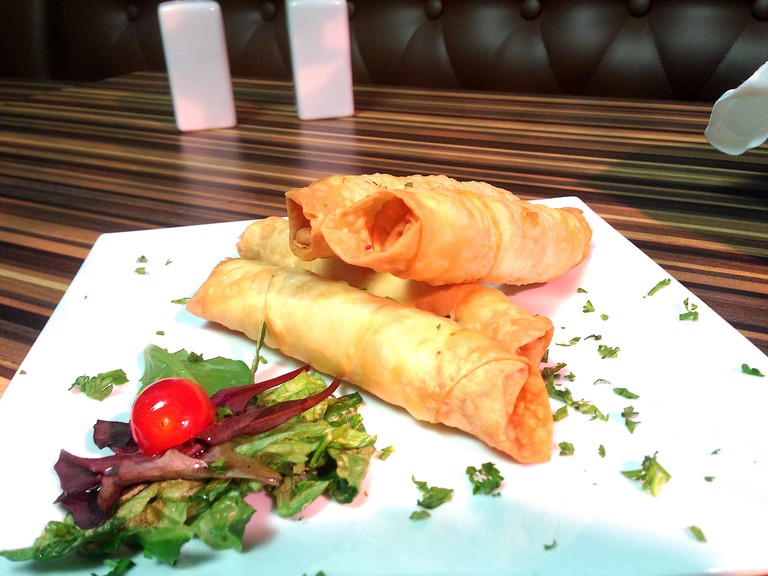 Cigar Borek | © Courtesy of ala Turca
This family-run Turkish establishment serves authentic, Mediterranean meals in a modest setting. A La Turca is the go-to Mediterranean restaurant in Hollywood. Start your dining experience with the zucchini fritters, then move to the Iskender Kabob, which is a dish of marinated, seasoned and thinly sliced lamb meat cooked on a rotisserie then stuffed between a buttery pita with tomato sauce and yogurt. End the meal with a slice of Baklava.

Restaurant, Mexican, American, $$$
Facebook
Email
Twitter
Pinterest
Copy link
Share
Awarded with many “Best of Broward County” merits, Taco Beach Shack offers Mexican fare in a primetime location. This hip outdoor taco joint features an array of specialty burritos, quesadilla and tacos hand-stuffed with fresh fish, meat and chicken. All taco shells, hard and soft, are made fresh daily and the menu features five original hot sauces to spice up even the most discerning palate. A menu favorite is the Korean short rib taco with kimchi slaw and cilantro-infused buttered lobster taco all served alongside a freshly grilled corn on the cob topped with Mexican-spiced parmesan cheese.
Give us feedback