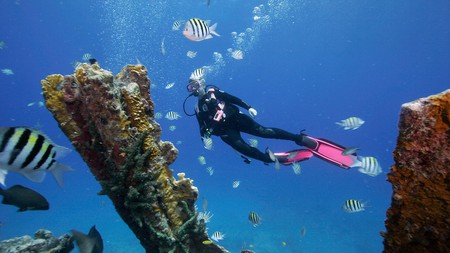 What lies beneath: beyond the bustling piers and roadside attractions of the Florida Keys is an underwater world of coral and wreck diving | © Tom Stack / Alamy Stock Photo
Paid Partnership With

Strung out at the southernmost tip of the United States, the Florida Keys offer unexpected adventures packed full of curiosities.

The unique geography of the Florida Keys lends itself to unusual experiences. Stretching out across 1,700 islands and almost 200mi (319km), the tip of the southernmost US state is quite remarkable. While the Keys are perennially popular with traditional tourists, there are also plenty of off-the-beaten-path adventures to be had.

Even the drive makes quite the story. The Overseas Highway, one of the world’s most unique roads, skims the tropical seas to link the islands with 42 bridges stretching 113mi (182km). It’s also home to the largest coral barrier reef in the continental US, so there’s as much to do below the surface of the crystalline water as there is above it. Dive in with Culture Trip and discover the hidden attractions waiting in this tropical paradise.

The seemingly calm waters of the Florida Keys have seen their fair share of ships in the past. Fast-forward to current times and some of the loot has found its way into the Key West Shipwreck Treasure Museum, which charts the island’s maritime heritage. Many companies also offer wreck-diving tours to see just where the treasure – think grand pianos, silver bars, and coins – came from. Join an organized diving tour and explore the shipwrecks firsthand to learn about the treacherous history lurking here. 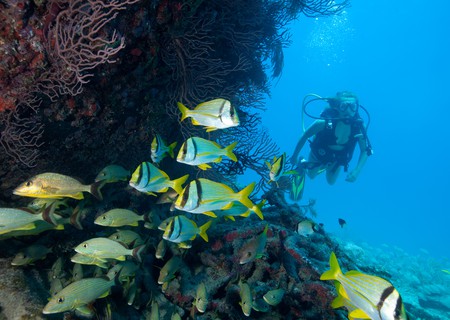 The Keys are home to breweries and rum distilleries aplenty, but it’s the Key Meads distillery, in Key Largo, that stands out from the crowd. The only meadery in the Keys and one of the few in the whole of Florida, this four-year-old distillery is making its own iterations of the 9,000-year-old spirit. Stop by to taste a flight of the honey-based liquor, with flavors ranging from local honey and maple to starfruit and habanero.

Snorkel and the city

The archipelago is home to the largest coral barrier reef in the United States, and snorkeling is the best way to get up close. In fact, you’ll find some of the best snorkeling in North America around here. On the south side of Key West, you will find Key West Marine Park, a 40-acre (16ha) area — stretching from Higgs Beach to South Beach – that is home to the kaleidoscopic coral life right on the city’s edge. As experiences go, there are wilder spots, but it’s a thrill to be able to step off the street and dive straight into the water. 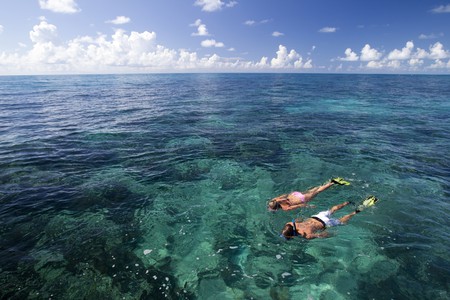 Live music is always a sure way to get to know a place and its people. Here, though, the fun operates underwater. For an unforgettable experience, enter the annual Lower Keys Underwater Music Festival, in Looe Key Reef, just south of Big Pine Key, one of the largest islands in the chain. This unique festival, held in July each year, aims to promote reef protection and environmentally responsible diving, with offbeat performers playing ocean-themed songs. Set up in 1985 to raise awareness of coral preservation, this long-running sub-aquatic party is one to remember.

Make your way to the mangrove-canopied canals of Coupon Bight, the Key’s southernmost aquatic preserve, where you can explore the 5,400 acres (2,185ha) spanning the upper and lower sections of the Florida Keys. You’ll paddle through seagrass meadows, mangrove wetlands, and coral reefs in this sub-tropical ecosystem and meet rare wading birds and the endangered Key deer, too. 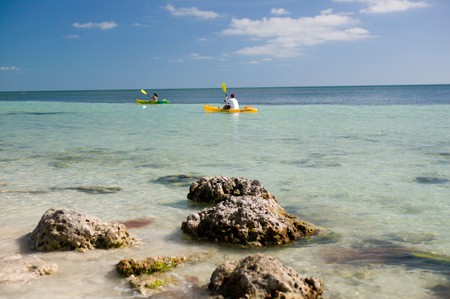 The Studios of Key West

The far-flung, geographically removed location of the Keys, and more precisely, Key West, have long attracted those looking for a space to be artistic. Housed in an effortlessly cool art-deco building, the Studios of Key West is a burgeoning collection of creative spaces promoting, supporting and exhibiting contemporary art in the Keys. Performances, exhibitions, lectures, screenings and more take place here, with a big dose of community engagement on offer. The Studios also take part in Key West’s monthly art strolls, where the city comes to life with inspired artworks.

It’s said that Tennessee Williams found his inspiration in Key West. First a vacation destination, it eventually became his home, from 1941 until his death in 1983; it’s here that he produced the final draft of one of his most celebrated works, A Streetcar Named Desire. On Truman Avenue, just a few streets from the house where he spent the last years of his life with his partner, you’ll find the Tennessee Williams Museum, providing a snapshot into the life of this literary legend and his time in the Keys. Memorabilia and movie posters from his many successes adorn the walls and you’ll find many artefacts, including his typewriter, giving an insight into his working life. This community-led project exemplifies how proud the Keys are of Williams’s time in the city. 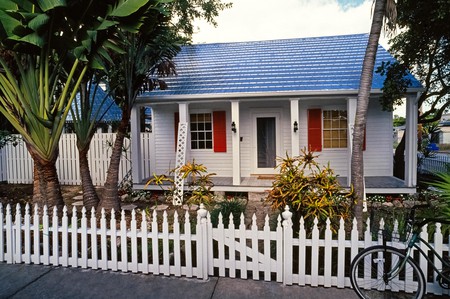 Get planning your next trip to Florida Keys at fla-keys.com