The Top 10 Things to See and Do in Newport Beach, California 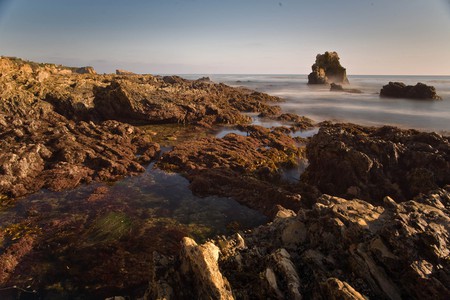 Newport Beach is undeniably scenic. The coastal city boasts magnificent beaches with cliffside views, one of the world’s best surfing spots, and the frozen banana made famous by the fictional Bluth family. Here are 10 adventures to be had in one of Orange County’s most beautiful destinations. 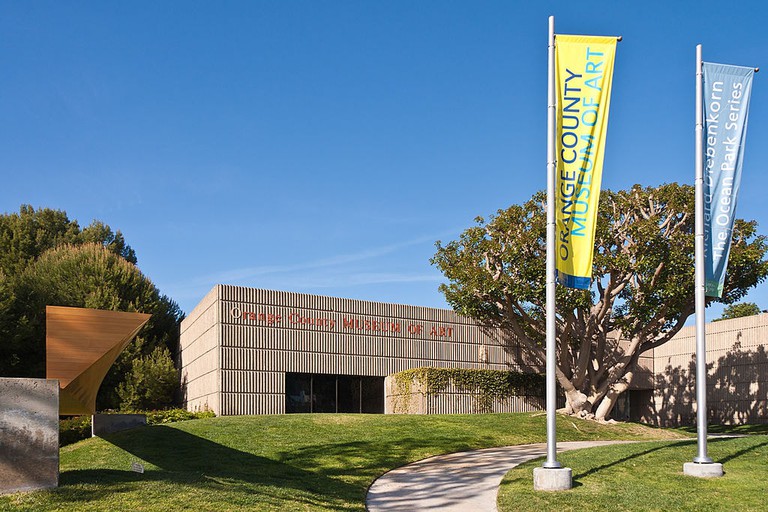 The exterior of OCMA in Newport Beach | © David Eppstein / WikiCommons
In 1962, 13 women opened the Orange County Museum of Art (OCMA). At that time, it was called the Balboa Pavilion Gallery. After a move and a remodel in 1997, the museum became the Orange County Museum of Art. In addition to rotating exhibits, the museum’s collection contains over 3,000 items, with a focus on the art of California. Admission is $10 for adults, $7.50 for students and seniors, and free for children aged 12 and younger. However, the museum is also free for everyone on Fridays.
Open In Google Maps
850 San Clemente Drive, Newport Beach, California, USA
+19497591122
Visit Website
Give us feedback

Balboa Island is a key tourist attraction in Newport Beach. Most guests take the ferry to the island, where they can enjoy the beach, fish, get in some exercise or visit the island’s many boutiques, shops, and restaurants. There’s also a Fun Zone with an arcade and rides, including a Ferris wheel. 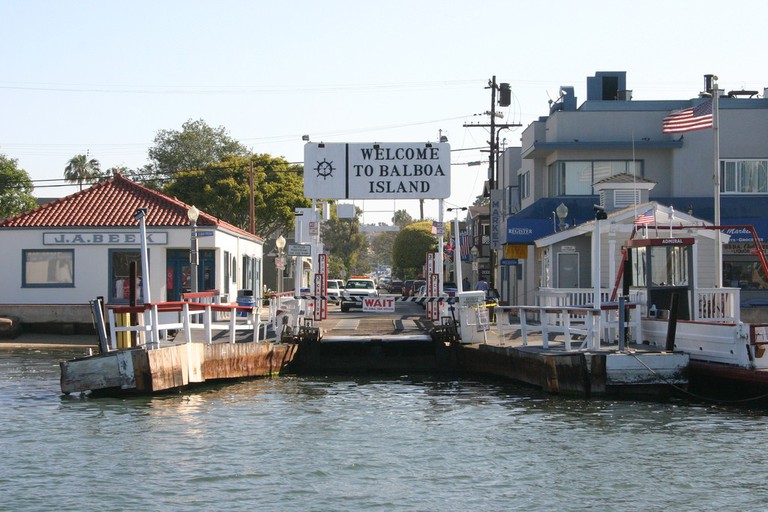 The Environmental Nature Center has its origins in a pile of dirt. In 1972, Newport Harbor High built an Olympic-sized swimming pool, and the dirt from that construction was dumped near a gully on a piece of underutilized land, not far from the school district’s administrative offices. A group of students and science teachers got together and cultivated the soil into a “living nature laboratory.” Today, the land flourishes with trees, plants, and wildlife. The property also contains a butterfly house, which is open seasonally. It’s free to visit, though donations are appreciated. 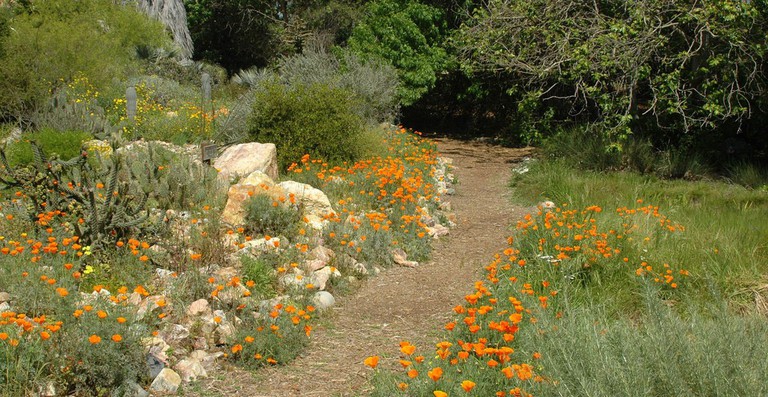 Get a frozen banana

In the comedy TV series Arrested Development, the Bluth family maintained a frozen banana stand on Balboa Island. In real life, you can get a frozen banana for yourself, or you can go for the Balboa Bar: a brick of vanilla ice cream, dipped in chocolate, covered in crunchy toppings, all presented on a stick. Two neighboring shops—Dad’s Donuts and Sugar ‘n Spice—argue about which lays a true claim to the title of “original frozen banana,” yet both are delicious. 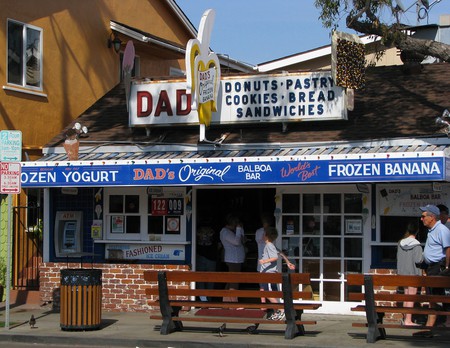 Since 1976, Fashion Island has been a shopping destination for Newport Beach residents and tourists alike. The open-air mall contains numerous upscale shops, plus restaurants, bars, and a movie theater.

Corona del Mar, which means “Crown of the Sea” in Spanish, is a neighborhood known for its beauty. Top attractions include its beaches, lookout points, and tide pools. Popular beaches include Corona del Mar State Beach’s Little Corona. 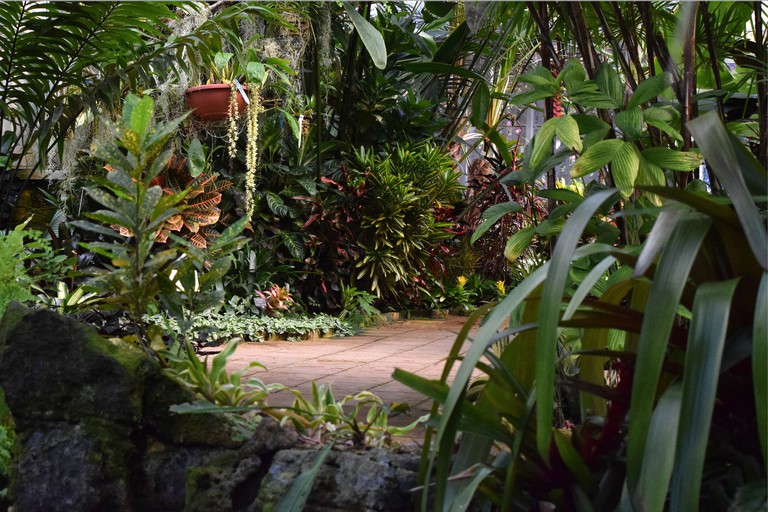 Sherman Library and Gardens | © Tracie Hall / Flickr
The Sherman Library and Gardens consists of 2.2 acres of plants, bucolic gardens, flowers, and fountains. The garden regularly holds classes and afternoon tea, plus there’s a café serving French-Californian cuisine for lunch on weekdays and brunch on Sundays. Lunch is also served on weekends at the Tea Garden Creperie. The library offers a collection of books detailing the history of the Pacific Southwest, with archives including photos, maps, and newspapers. It is free to use the library, though you must leave the books there. Admission to the gardens is $5 for adults, $3 for children 12–18, and free for members and children 12 and younger.
Open In Google Maps
2647 East Coast Highway, Corona Del Mar, Newport Beach, California, 92625, USA
+19496732261
Visit Website
Give us feedback

The Wedge is a section of beach known for its massive waves, some swelling as high as 30 feet (9.1 meters). The area is popular with surfers and bodyboarders, as well as the spectators who gather to cheer them on. These epic waves are, oddly enough, man-made. They are the result of a nearby jetty built in the 1930s. 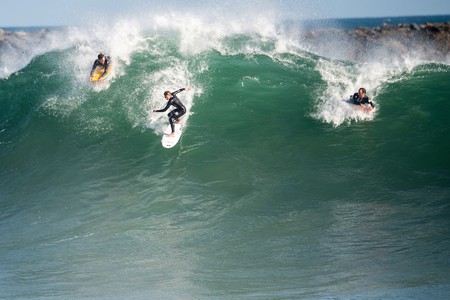 Dedicated to the conservation and restoration of the Upper Newport Bay, the Newport Bay Conservancy regularly hosts bird-watching events, kayak tours, lectures, and various other educational and family-friendly activities. Reptiles and amphibians can be viewed in the classrooms of the Muth Interpretive Center.

Inspiration Point is a small grassy area where visitors can enjoy incredible ocean views and vivid sunsets. Find it at Corona del Mar State Beach at Ocean Boulevard and Orchid Avenue. Benches are available for sitting and pondering the universe.