A Brief History of The Castro Theatre, San Francisco

The Castro Theatre is one of San Francisco’s oldest and most iconic sites. Still owned by its founding family, the Castro hosts events, festivals, and sing-a-longs for San Francisco residents and visitors. 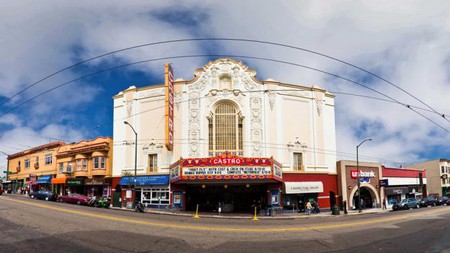 One of the oldest operating movie theaters in the nation, it symbolizes the evolution of the Castro District. The neighborhood that surrounds the Castro Theatre is one of the most LGBTQ-friendly locations in the United States and serves as the hub for LGBTQ pride in San Francisco.

Built in 1922, the Castro Theatre was designed by architect Timothy L. Pflueger, known for his construction of Oakland‘s well-known Paramount Theatre. The Castro has 1,400 seats, with approximately 800 chairs downstairs and 600 in the balcony. The Theatre also has a rare ‘leatherette’ ceiling — an effect created during the interior design process that makes the ceiling appear as if it were constructed with detailed leather. This is the only remaining ceiling of its kind in the United States and is quite possibly one of the last in the world.

The remainder of the design is intended to be reminiscent of a Mexican cathedral. Motif murals cover the walls of the theatre’s interior that were created with a rare wet plaster process called scrafitto.

The Nasser brothers funded the construction of the Castro Theatre in the early 20th century for $300,000, the equivalent of approximately $3.7 million in today’s economy. It ran under the ownership of the Nasser family until 1976, a period when the Castro aired first and second-run mainstream films. It served as a local movie theater for the surrounding community to catch box office hits. In 1976, the Castro was leased to Surf Theatres and then later to Blumenfeld, both of which were theatre corporations similar to today’s AMC Entertainment or Regal Entertainment. During this time, the two chains changed the Castro’s exhibition format to repertory cinema, foreign films, film festivals and special first-run presentations. 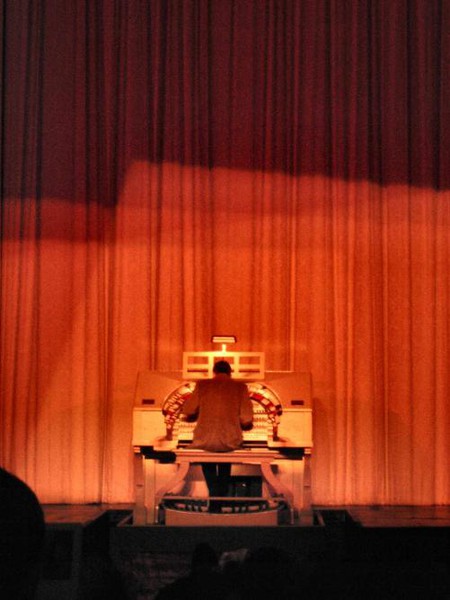 A historical account of the Castro Theatre must include the story behind the organ. The Castro Theatre organ, pictured above, was built by Ray Taylor and his sons in 1979 and has provided a musical introduction to every film at the theater ever since. This organ took three years to complete due to the Taylor family’s careful selection of parts. It is constructed with parts from all over the world, and the Taylor family still has ownership of the iconic instrument.

In July of 2001, the Nasser family reclaimed ownership of the Castro Theatre and made drastic improvements toward the quality of the viewing experience. Improvements were made to the chairs, upholstery, and sound and screen technologies. The stage was also expanded to include live performances, some of which include the Rocky Horror Picture Show, comedy acts, and other theatrical works.

In November of 2008, the Castro held an event special to the lives of many San Francisco residents: the world premiere of the Gus Van Sant biopic Milk. This film documented the life of Harvey Milk, California’s first openly gay elected official who was assassinated during his attempts to overturn laws that kept openly gay educators from teaching in schools. Sean Penn won an Academy Award for his portrayal of Harvey Milk, and the Castro Theatre had a brief cameo in the film.

The Castro Theatre serves as a landmark that epitomizes not only a city but also the city’s inhabitants. It has witnessed the evolution of San Francisco culture — from conservative to accepting, from hateful to proud. 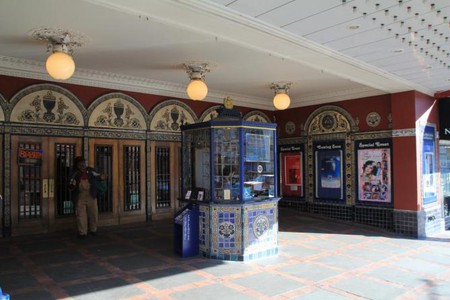 Castro Theatre | © chrisjtse/Flickr
Give us feedback