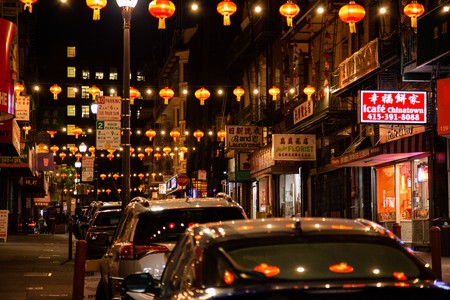 Chinatown, one of San Francisco’s oldest and most iconic neighborhoods, has been a major tourist attraction for more than 150 years. While the city struggles to balance a sense of regional identity with the gentrifying nature of its super-wealthy tech industry, Chinatown retains its sense of culture and place.

The oldest Chinatown in the USA

San Francisco’s Chinatown has been around since 1849, making it older than California’s statehood. It’s the oldest Chinatown in the US and set the example for the look and feel of every other Chinatown around the world that followed. Its shops, restaurants and surging energy attract so many tourists that the main thoroughfare – stretching from the famed Dragon Gate and down Grant Avenue – usually looks like a slow-moving conveyor belt. 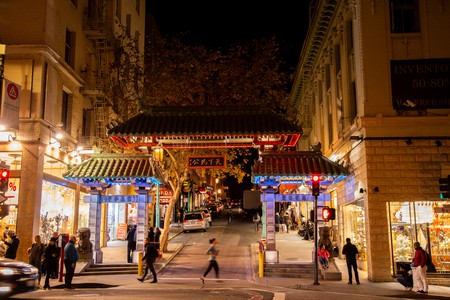 Tourists, alongside locals from outside the neighborhood, visit Chinatown today for the same reasons as their counterparts from 150-plus years ago. Crowds come ready to marvel at the architecture, shop in the tchotchke-filled mini-malls, and enjoy the delicious food, from dim sum to egg tarts.

The main tourist areas give the appearance of a theme park. This sightseer paradise exists alongside a thriving community that has always lived and worked there. The experience of Chinatown locals is an extension of a much larger and uniquely American experience. Their history is entwined with the immigrant’s story, recounting and revealing the hardships, resilience and hope that accompany the search for a better life. 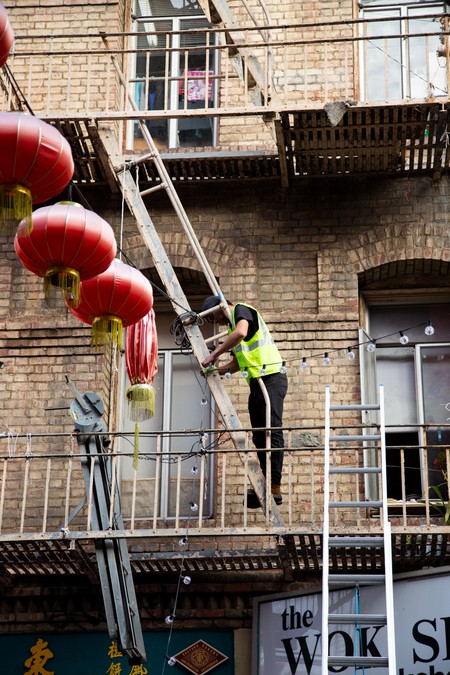 Chinatown was founded by migrant workers, arriving mostly from the Canton province of China and seeking economic opportunities amid the California Gold Rush. They faced waves of discrimination that increased in ferocity towards the end of the 19th century. Among other restrictions, various laws prohibited Chinese people from owning land, voting, marrying outside their race, working in most industries and from bringing their families to the United States. This culminated in 1882 with the Chinese Exclusion Act, suspending Chinese immigration for 10 years. The act was made permanent and wasn’t repealed until 1943.

A way out of this limiting world arose within the prized metropolis of America’s Western frontier. The San Francisco we know today was born of the gold rush, especially with the founding of Portsmouth Square (today at the intersection of Kearney and Washington streets). As gold prospectors attained more and more wealth, entrepreneurs swarmed the region and erected hotels and sundry stores and sowed the seeds of a thriving economy. 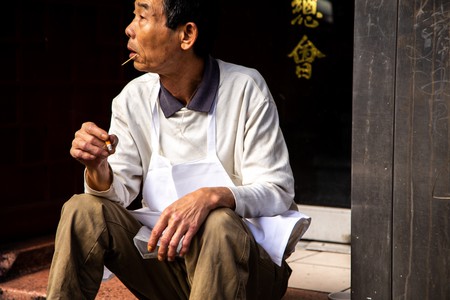 Chinatown has a proud history of immigrants, from doctors and business owners to chefs | Carolyn Seng / © Culture Trip

Chinese laborers saw an opportunity and opened their own businesses on the outskirts of Portsmouth, founding restaurants and laundries as well as offering domestic services. In the early 1850s, the area hosted 33 Chinese-owned stores, 15 pharmacies/herbalists and five restaurants. It was variously known as ‘Little Canton’ and ‘Little Shanghai’ until 1853 when the press dubbed it ‘Chinatown.’ 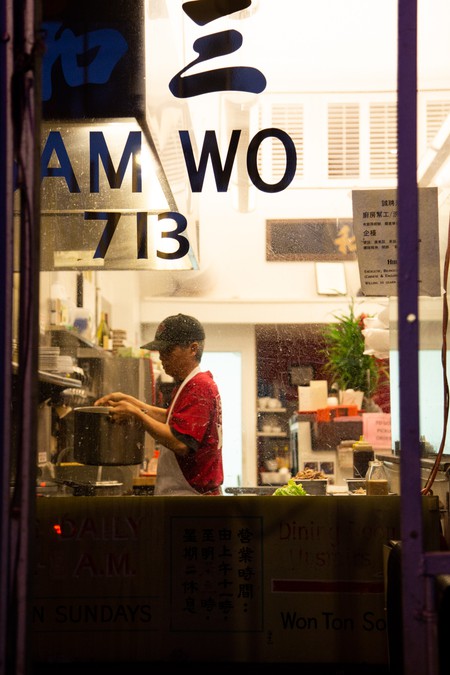 Sam Wo, a renowned restaurant in Chinatown, has been around since 1907 | Carolyn Seng / © Culture Trip

Preserving heritage: the fight to remain

City leaders frequently tried to remove Chinatown to another part of San Francisco, hoping to take the valuable real estate. They nearly succeeded following the 1906 earthquake and fire. Chinatown was reduced to ash by the blaze, and the city’s Reconstruction Committee wanted the neighborhood to be moved to a distant corner of San Francisco. 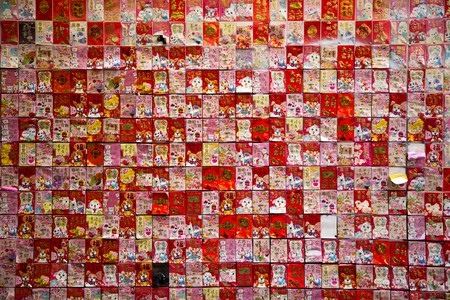 The move was scuppered by a Chinese businessman called Look Tin Eli, who proposed to stay and rebuild with architectural motifs from China. Eli believed that embracing the residents’ heritage would create an exotic oasis that visitors would flock to. Chinatown exists today as Eli envisioned, with tourists entranced by the dragon sculptures and swooping pagoda-style eaves that he instigated. 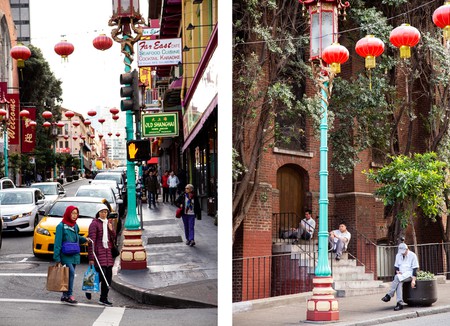 Chinatown has expanded in the century since the earthquake and is enclosed today by Broadway, California, Kearny and Powell. It’s a half-mile by half-mile square with upwards of 15,000 residents. It’s estimated to be the most densely populated urban area west of Manhattan. Nestled among Eli’s architectural redesign are families and immigrants. The shops that enchant tourists also provide basic necessities for those who wish to preserve and continue their traditions. 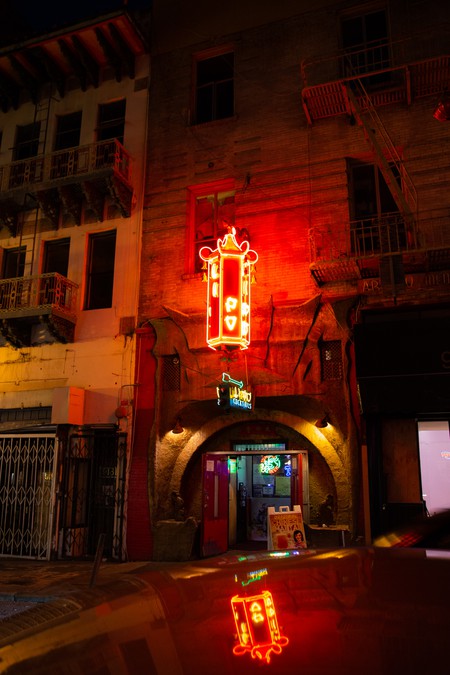 What to do in San Francisco’s Chinatown

Opportunities for cultural experiences are plentiful. The neighborhood’s restaurants are revered for their mix of authentic and Americanized dishes. Local temples welcome visitors for services or to (respectfully) look around during off-hours. One can’t-miss locale is Golden Gate Fortune Cookie Factory, which offers tours of what might be the ultimate incarnation of the cultural melting pot.

San Francisco’s Chinatown calls for the same treatment as any other major cultural destination. The best way to understand the neighborhood is to spend time walking around and observe – to note the thousands of radiant lanterns, to smell whatever is frying in a nearby wok, to interact with the shopkeepers who call it home. Chinatown’s story is evolving, and it’s our great fortune to see that evolution. 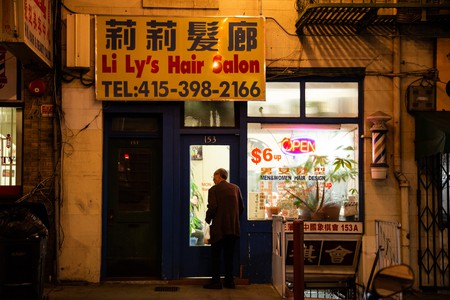 Outside of the main tourist area, Chinatown offers many shops that supply goods for the locals | Carolyn Seng / © Culture Trip 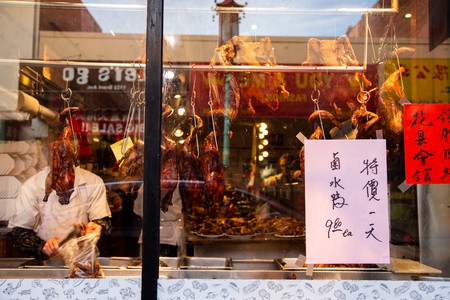 Peking duck hangs in windows, plated and ready to serve on the counter within | Carolyn Seng / © Culture Trip 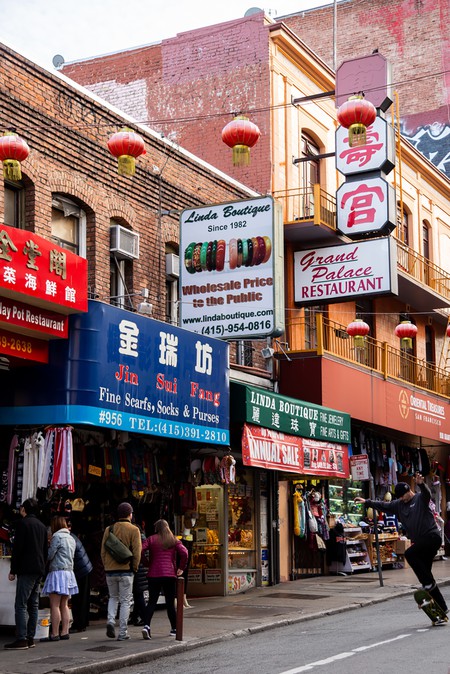 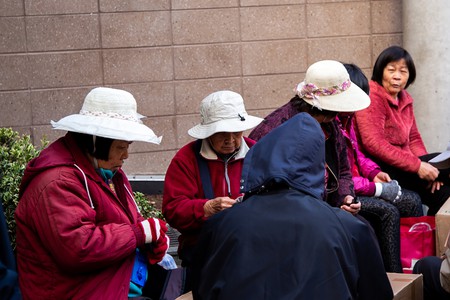 Amid the tourists are more than 15,000 residents, making Chinatown one of the most crowded urban areas in the country | Carolyn Seng / © Culture Trip 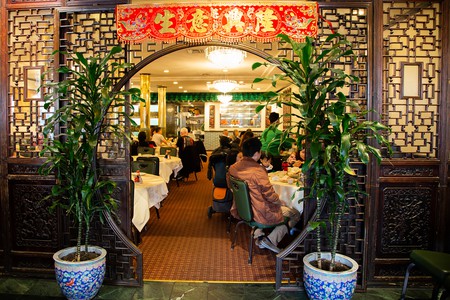