Sam Wo was once the workplace of Edsel Ford Fung, often called the world’s rudest, worst, most insulting waiter | © Eric Risberg/AP/REX/Shutterstock

Authentic Cantonese barbecue-pork rice-noodle bowls have been served for more than a century at Sam Wo, where a father, daughter and son rule the restaurant and continue to draw in crowds of loyal customers.

San Francisco’s oldest Chinatown restaurant, Sam Wo, has been serving up the same delicious recipe for barbecue-pork rice-noodle bowls since 1907. The business grew up from the ashes of the devastating 1906 earthquake, feeding a devoted community wonton soup, traditional rice porridge (jook) and chow mein. Today, the restaurant has closed and reopened at a new location on Clay Street, still with current owner David Ho’s daughter Julie and son Jason working behind the counter. 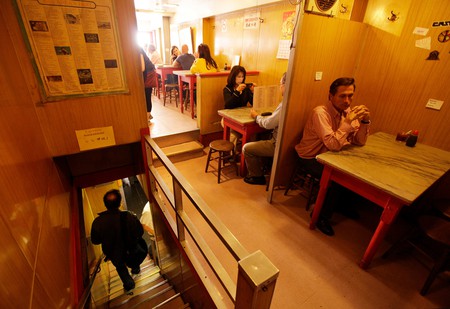 Julie was only nine years old when she started helping out around Sam Wo at its original location at 813 Washington Street, where patrons would walk through the entrance, which was also part of the kitchen, to get to the seating area. Sam Wo was a neighborhood magnet for its delicious late-night Cantonese food, but also for one particularly rude waiter named Edsel Ford Fung whom people would make a special trip just to be verbally abused by. 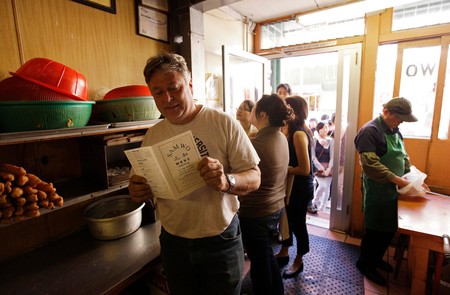 The Washington Street location finally had to be closed in April 2012 after Sam Wo’s health permit was suspended and the family couldn’t afford the costly upgrades required to get it up to standard. Julie was surprised by how deeply the community mourned the original location’s closing, and when they did move the restaurant to 713 Clay Street – a familiar but different hole in the wall – they brought much of the original furnishings, including the tables and chairs, with them. “I hope that as we move forward, the next generation will be able to take over Sam Wo and continue the story of Sam Wo,” David says. 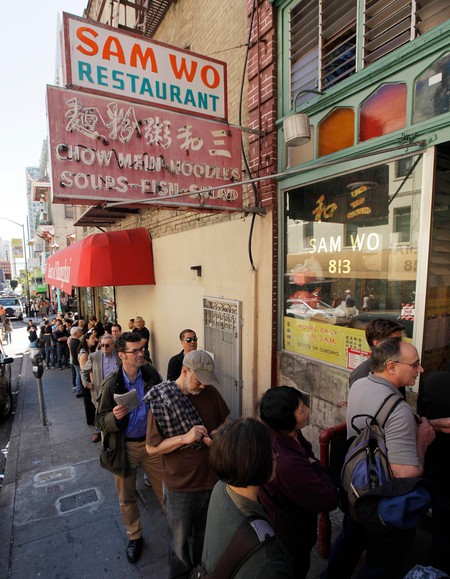