The Fame and Fable of the Cat Mayor in Talkeetna, AK 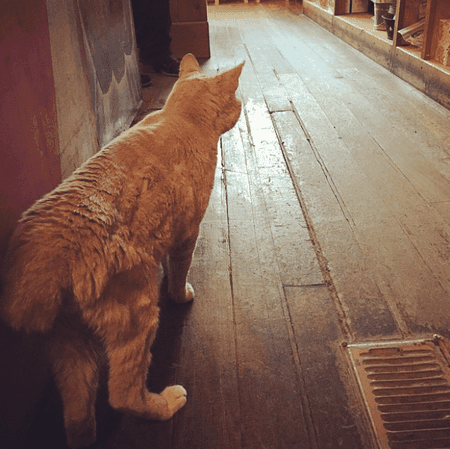 Talkeetna, a small town in the shadows of Denali, is known for being quirky – the TV show Northern Exposure was said to have been styled after it. It holds a Bachelor Auction and Ball each December, the same day as a Wilderness Woman contest that sees eligible bachelorettes competing in challenges ranging from sandwich making to trap shooting. During summer festivals, they’ve dropped varnished moose poop from the sky. And for 20 years, it claimed to have a cat for mayor.

That cat, named Stubbs for his abbreviated tail, garnered national attention following a Washington Post article that reported that the feline was elected mayor 15 years prior, after no suitable human mayoral candidates were found. Other national news outlets, including NBC News, CNN, Fox, the Associated Press, and CBS, jumped on the story.

The tiny town is only a historic district – it doesn’t have a real mayor, so there was never an election. If anything, his “title” was an honorary one – and one that brought untold amounts of business into Nagley’s General Store, where he lived, from visitors saying they had “a meeting with the Mayor.”

Those “meetings” were rather unofficial. The tawny-colored cat spent much of his days stretching out for belly rubs on counters or lazing in the warmth behind the drinks machine. He was also said to occasionally hop up onto the bar for a wine glass of catnip-laced water.

In his 20-year tenure, Stubbs had multiple instances that could have relieved him of his mortal coil – he was said to have survived BB gun shootings, a dog attack (that left him with a punctured lung, fractured sternum and deep lacerations), an accidental ride on a garbage truck, and a fall into a (cold) fryer.

Despite all that, it wasn’t until July of 2017 that Stubbs passed away, simply of old age. His people posted on his Twitter page, “20+ years. Several uncontested elections. Thousands of naps. We had a good run.”

While Stubbs is no more, there are rumblings that one of his owners’ other kittens might soon be taking up the fictional mayoral mantle.

World, allow me to introduce to you Mayor Stubs of Talkeetna, Alaska. #bestfivedollarsspent #atws2016