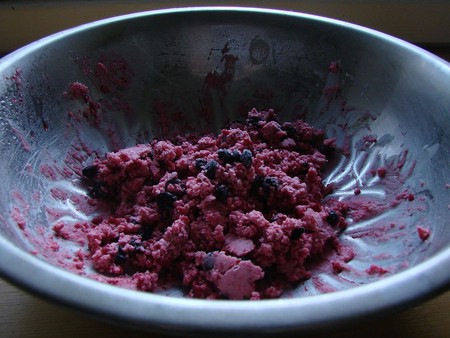 When you think of ice cream, chocolate, vanilla, strawberry, and cookie dough are more likely to come to mind than seal oil, meat, fish, or snow. But in Alaska, those ingredients are just what you’ll find in Alaskan ice cream, otherwise known as Eskimo Ice Cream.

The delicacy is a mixture of reindeer fat or tallow, seal oil, freshly fallen snow or water, fresh berries, and can be made with ground up fish as well. Air is whipped in slowly by hand so that a light foam rests on top. The dish’s traditional name, akutaq, appropriately means “mixed together.”

While traveling with ice cream would be wildly impractical in most climates, the freezing temperatures in Alaska actually made akutaq a practical food for centuries, especially for those who were on the move. It held a special status as a traveling and hunting food among Alaska’s native populations, due to its combination of portability and sustenance.

Traditionally, women would make akutaq after the first seal or polar bear of the season was caught, and stock up on plenty of reserves. In addition to being used by hunters and travelers, akutaq was often served at weddings, funerals, and almost any celebration. 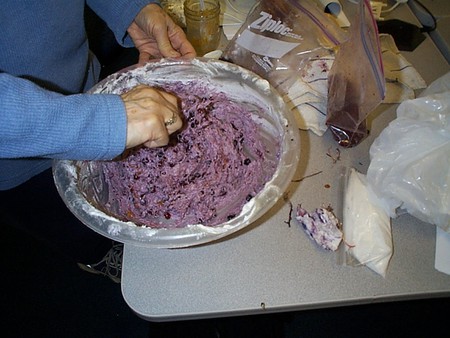 As times have evolved, so has akutaq. The dish is now more commonly made with Crisco than tallow, and finishing touches such as raisins and sugar are frequently added to make the dish more palatable than its original iteration may have been.

The choice of what berry to include in a batch of akutaq is an outsize decision, traditionally regarded as a lifelong one. Each family will develop a signature version of the dish based on what type of berry they decide to use. The region of Alaska in which the akutaq is being made also helps determine the type of berry used, as most chefs prefer to use what is hyper-local and therefore most personal to them. 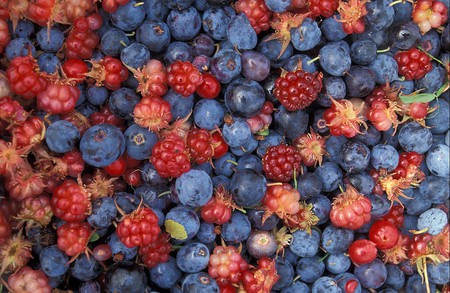 For those lucky enough to travel to Alaska and meet any Inuit, who are the primary purveyors of the dish, you may well be offered akutaq as a guest. Although the list of traditional ingredients may have put you off, most people who try Eskimo Ice Cream report it as delicious. If you find you don’t like it after taking a bite, custom dictates that you offer the remainder of your portion to the oldest person in the room, as a display of good manners.
Hungry for more? Head over to the Pacific Northwest for their oddly-named (and very weird looking) Geoduck.