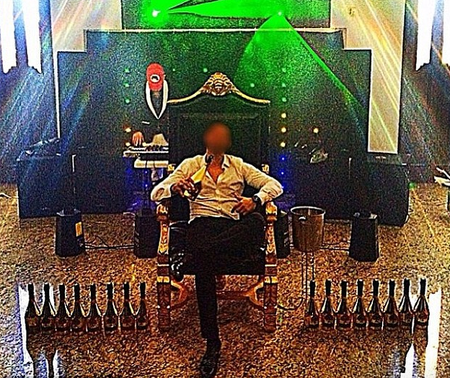 The Mexican novelist’s debut novel, his third to be translated into English, is set in the court of a drug lord. 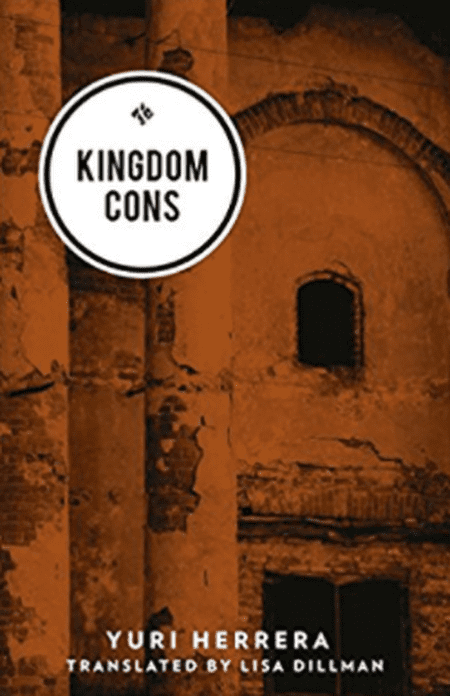 Cover courtesy of And Other Stories

The border between the United States and Mexico is often overlain with metaphorical and metaphysical significance. Setting a work of fiction there allows a writer to question notions of nationality, economics, and the relationship between neighboring countries. In the current political climate, there are also a number of heated sociopolitical issues that are inexorably linked to that boundary—immigration, international trade, and drug running. It’s a space that numerous writers have used as the setting for evocative, unsettling works, including Roberto Bolaño’s 2666, Joni Murphy’s Double Teenage, and Cormac McCarthy’s Border Trilogy.

The work of Mexican novelist Yuri Herrera is among the newer writers to evoke this no-man’s land; its mystic imagery, narco-narratives, and bleak outlook fit the border genre like a glove. In Signs Preceding the End of the World (2015), Herrara’s first novel to be translated into English, a young woman investigates the disappearance of her brother, a search that takes her to both sides of the border. Its success put Herrera on the literary map, his star rising only further with The Transmigration of Bodies (2016), which imagined a feud between two cartel families written with prosaic echoes as disparate as Hamlet and The Plague.

Kingdom Cons, Herrara’s third and newest work out in English, is actually the Mexican writer’s debut, originally published in Spain as Trabajos del reino in 2008. Lisa Dillman, who worked on his other novels, handles the English translation duties here as well, lucidly conveying Herrera’s feverish language–no easy feat considering that Kingdom Cons displays the delicate entanglement which would appear in his other books: a gritty and highly stylized realism played out by dramatic, archetypal characters.

Kingdom Cons opens with a musician named Lobo as he, in turn, regards another, more regal man. Even from the first lines, Herrera’s knack for gothic storytelling is apparent: “He knew blood, and he could see this man’s was different. Could see it in the way he filled the space, with no urgency and an all-knowing air, as though made of finer threads. Other blood… He recognized the way the man sat, the lofty look, the glimmer. Then he saw the jewels that graced him and knew: he was a King.”

After the King sticks up for him in a cantina argument, Lobo follows him back to his palace with the hope of becoming a permanent part of the King’s entourage. Singing corridos, or Mexican folk ballads, he is soon accepted as the court bard. At this point, and for much of the rest of the book, Lobo is referred to (even by Herrara) as “the Artist.” Names like this abound in Kingdom Cons: the Witch, the Gringo, the Commoner, and the Doctor, to name a few. But Herrera destabilizes what would otherwise be a quintessential “court” drama by infecting the narrative the way the drug trade corrupts anyone in its orbit, and using it to make near impossible narrative twists. Consider how Herrera pivots from descriptions of luxury to observations of those drawn to it:

“It was exactly as he’d always envisioned palaces to be. Supported by columns, paintings and statues in every room, animal skins draped over sofas, gold door knockers, a ceiling too high to touch. And more than that, it was people. So many people, striding down corridors. This way and that, attending to affairs or looking to shine.”

These courtesans are looking to curry favors from the King: “meds, or a job, or payback.” As the Artist undergoes a crash-course in court politics, he is made privy to pre-existing conflicts that flare up around him–including the case of the Journalist, who seeks to appear trustworthy while keeping his own motives under wraps. Considering the intensity of daily suspicion that hovers within the court, trust is not something to be taken for granted. As the Doctor says at one point, “See, the Traitor’s making deals with the crew from down south, but there’s no way to know if that’s because he’s been told to by someone here.” 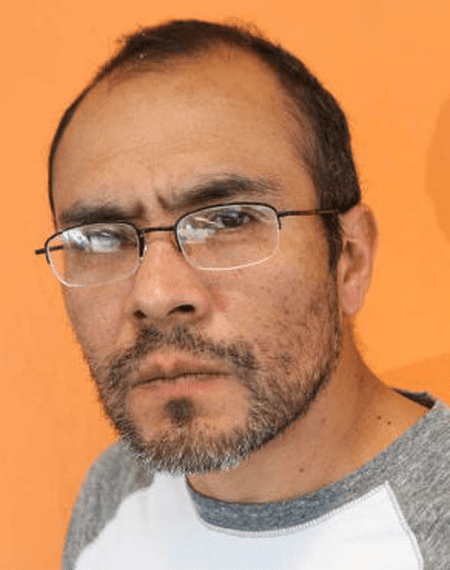 There’s a sense that the Artist is just a touch out of his league among the powerful and lethal personages that reside within the palace. And the reminders of the dangers of this environment are plentiful: a man “who’d had his arms ripped off as payback,” for instance, now wanders the halls as a messenger. And a few people end up lying in pools of their own blood. As one prostitute tells the Artist after hearing one of his songs, “They’re badass motherfuckers and you’re nothing but a clown.” Later in the novel, the King confronts Lobo and talks about the importance of being a badass: “You have to be one and you have to look like one. I need my people to believe it, and that, you little shit, is your job.”

Herrera strikes a tense balance here. The Artist’s task is to compose corridos that honor the King’s deeds and leave outsiders and rivals aware of and intimidated by his power and strength. Viewed through one lens, he’s a court musician in a classic relationship between artist and patron. Viewed through another, he’s paying homage to the violent legacy of a drug lord. Art may not be as directly lethal as a knife or gun, yet in this regard, it contains the ability to make or mock a kingdom. With the right songs, or the right words, a drug lord can become an all-powerful King; with a different setlist, that King can become disempowered, or simply a body.

Kingdom Cons exemplifies, in a host of ways, what leads people to delusional behavior. For Lobo, becoming the Artist means being willfully blind to certain aspects of the world in which he’s nestled himself. Nearly everyone in the King’s court has their own agenda, and half-truths are a constant. Herrera’s Artist is more tragic than hero, a prisoner of the very words that give him purpose. And just as every character is identified by their assigned role, these sobriquets also indicate their disposability. In an environment where titles are of the utmost importance, they also end up being but brutal details toward a larger menace.

Tobias Carroll is the author of the books Reel and Transitory. His writing has been published by Rolling Stone, Tin House, Hazlitt, and Bookforum; he is the managing editor of Vol.1 Brooklyn.

KINGDOM CONS
by Yuri Herrera
translated by Lisa Dillman
And Other Stories | 112 pps | $13.95