What They’re Listening to in Mexico City This Spring 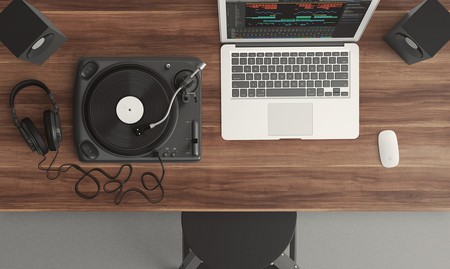 Mexico City is the best place to visit in the spring – everyone leaves the capital for their holiday homes out of state, and a blanket of tranquillity drops over this normally chaotic capital, plus there are plenty of cultural events to keep you occupied. Wondering what will be the soundtrack to this unique period of calm in Mexico City? Here’s what Culture Trip thinks everyone will be listening to this spring.

Maudlin Morrissey is oddly popular in Mexico, and after playing two huge concerts at the end of March in Monterrey and Mexico City, as well as making an appearance at Guadalajara’s Roxy Fest and Puebla’s Complejo BUAP in early April, he’ll likely be one of the artists Mexico City music fans won’t be able to get enough of this spring. There is a high probability that everything from his old classics with The Smiths to some more recent solo tracks will be receiving increased airplay this spring.

The long-awaited Depeche Mode album Spirit was released this spring, and Mexico City music fans will likely have it on repeat over the springtime season. In fact, it’s already received numerous write-ups in Spanish-language music magazines since its worldwide release on March 17, 2017, and the response has been phenomenal. Of all the songs on the 12-track album, ‘Where’s The Revolution?’, the first single, is likely to be the one to get the most airtime though, closely followed by ‘Fail’.

Spring in Mexico is full of music festivals, and this year, one very special headliner made waves when it was announced that she would attend. After topping the roster at Toluca’s Ceremonia Festival in early April, which also featured performances from Underworld and British rapper and provocateur M.I.A., there’s no doubt that Björk’s music will be working its way back onto playlists and radio stations across the city in spring 2017. If there were one Björk song that should get some more airplay, it would have to be ‘Notget’.

Café Tacuba is and has been one of Mexico’s biggest and most popular bands for years, so the fact that they (hopefully!) have a new album out this spring means they’re undoubtedly going to be one of the artists getting plenty of airplay in Mexico City. They’ve already been playing some of the new songs around the country, and the single ‘Futuro’ has already been well received. There is a strong chance that this new album will also mark a spike in interest for their older songs like ‘Eres’ as well.

‘Chantaje’ by Shakira and Maluma

Having just reached one billion views on YouTube, it seems fair to say that the smash Shakira and Maluma collaboration ‘Chantaje’ will continue to rule the airwaves over the coming months, taking us right through spring and into summer. Even though it was released some five months ago, it’s still the fastest Spanish-language song to hit the one billion visit mark on YouTube, and with Shakira’s new album out this year too, it seems you’ll only be hearing more of ‘Chantaje’ and the Queen of Colombian music in 2017.

‘Me Rehúso’ by Danny Ocean

Never mind spring, Danny Ocean’s ‘Me Rehúso’ is another song that’s likely to be the soundtrack to your summer too. Still tragically video-less, this smash song has already racked up almost 30 million YouTube views and is starting to gain traction on more mainstream mediums. With lyrics like ‘me rehúso a darte un último beso’ and the catchy as hell ‘así como te gusta, baby’, everyone in Mexico City will surely be listening to this over the spring months.

Dominating the Latin charts at the moment, it seems this collaborative effort between Luis Fonsi and Daddy Yankee is here to stay. It’s easy to see why too, with its effortlessly catchy sound and upbeat springtime lightness. ‘Despacito’ will likely be heard at pool parties on Mexico City rooftops and in popular reggaeton bars across the capital for the whole season, so get those admittedly pretty easy-to-learn lyrics programmed into you now for future reference.

Finally, jazz will likely be picking up in popularity across Mexico City in the coming months, not least due to the abundance of 40s-themed speakeasies that are taking over the city, but also thanks to the upcoming Festival Internacional de Jazz de Polanco that will take place at the end of April in the famed Parque Lincoln. With artists coming from around the world, some of the acts that are likely to gain traction include the Mexican fusion group Wet Paint and Colombian band, Urpi Barco.