What Is The Acción Poética Movement In Mexico? 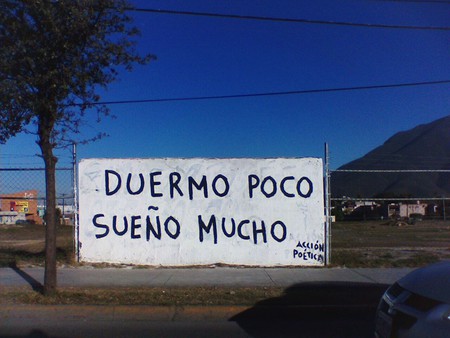 Since 1996, simple black slogans have been daubed on whitewashed walls in over 50 Mexican cities, with only one common identifying slogan – the words Acción Poética (Poetic Action) in the bottom right corner. What once began as an underground street art movement in Monterrey, Nuevo León, has grown exponentially into the cultural phenomenon we see today, but what exactly is the Acción Poética movement?

Less is more in this minimalist, yet powerful, poetic revolution. And in this case, words speak louder than actions. Started in northern Mexico by the poet Armando Alanís Pulido, the movement was initially a way to break up the mundanity of the daily grind, instead provoking thought and engaging passers-by with predominantly romantic ‘micro-poems’. Yet alongside that end goal, the Acción Poética movement also sought to promote the act of reading – particularly of reading poetry. In a country where the literacy rate is widely thought to be more or less true, but also fundamentally theoretical (that’s to say, that while people can read, they don’t read), this movement was practically revolutionary. 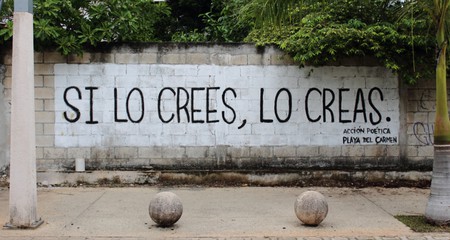 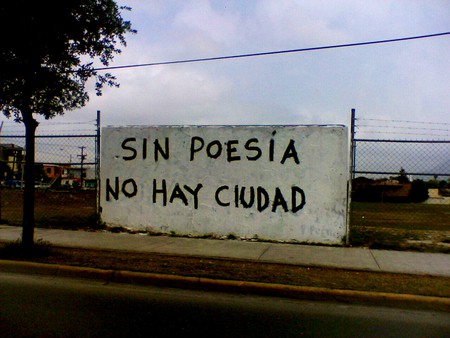 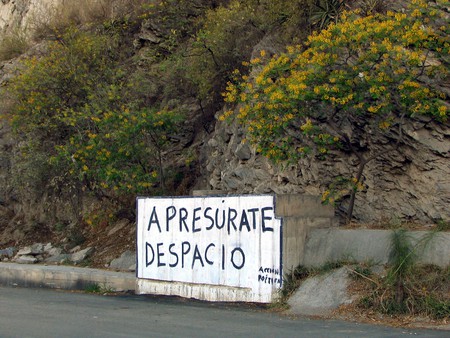 While there are now more and more copycat poet-artists tagging their work with the Acción Poética name, the appearance of a true Acción Poética slogan is as follows: roughly painted in black capital letters, over a plain whitewashed wall, the accompanying, anonymising Acción Poética tag sits in the bottom right corner. The phrase should also be no longer then eight words – or rather, it should stay true to the ‘micro-poem’ format, rather than taking the shape of a page long ode to that ex-girlfriend you once had. Nor can these phrases (if they are truly a part of the Acción Poética revolution) be painted on public property, or without the owner’s permission. 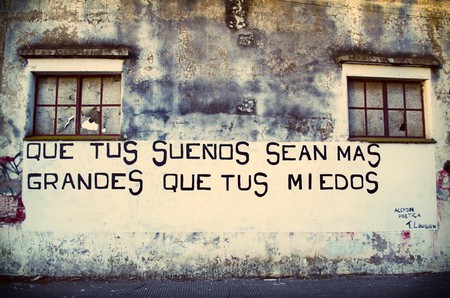 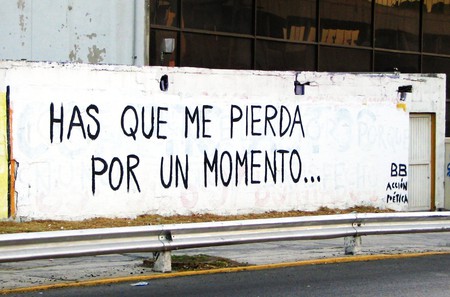 The most common theme of Acción Poética micro-poetry is love, with optimism also featuring heavily, as well as quotes from novels, poems and song lyrics. They do not, however, deal in political or religious ideology, instead keeping resolutely tight-lipped and neutral in all the countries they’ve managed to infiltrate. However, as with many movements that have captured the public attention, the Acción Poética medium has been somewhat co-opted by the ‘capitalist culture’ it once sought to undermine. Nowadays, Acción Poética style phrases can be sporadically seen advertising taquerías and even the Monterrey music festival, Pa’l Norte. Just recently, Acción Poética slogans were even adopted by the Feria del Libro del Zocalo 2016 in Mexico City, as the photos below illustrate. 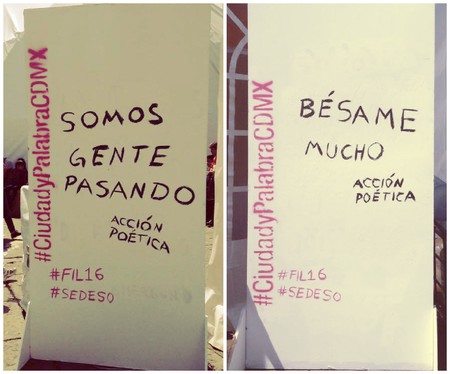 Acción Poética at the FIL2016, Mexico City | Courtesy of author 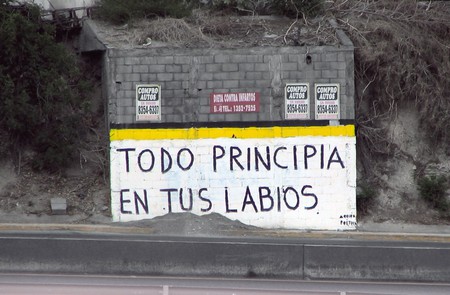 Ultimately, Acción Poética is one of those classic examples of a Baader-Meinhof phenomenon; from the moment you hear about it, examples crop up everywhere. However, if you’re unlucky enough to be stuck in a country to which Acción Poética has yet to reach (which is likely, given that it is mainly contained within Spanish speaking countries such as Argentina, Spain, Mexico and Chile to name but a few) then this unofficial website has compiled some of the best of the internet’s example, as has this blog post. 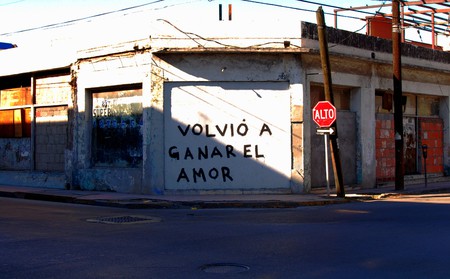