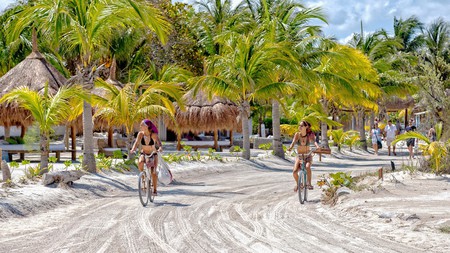 Isla Holbox, off the coast of Merida, in the Yucatán Peninsula of Mexico, is renowned for its stunning scenery, laid-back atmosphere and sense of remoteness. This idyllic island resort remains blissfully hidden from most people’s radar – until now.

Having come to the attention of a rather niche sector of the public for the vast quantity of gentle giant whale sharks that like to congregate off the tranquil turquoise waters of Isla Holbox, it’s since become the place to come for those in the know, who want to escape the typical backpacker route of Mexico’s Yucatán region. And it’s easy to see why. This laid-back island, which is also petite – just 26mi (42km) in circumference – is just a short car ride, plus boat trip, from the high-rise center of Cancun. 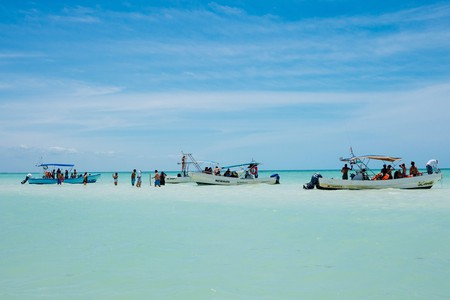 However, it has rather ominously been hailed as the new Tulum by The Guardian, meaning that if Tulum is anything to go by, Holbox may also become a victim of its own success, overrun by tourists and feeling the influence of chain dining and accommodation options. Right now though, it maintains a blissful mix between upmarket, boutique and ecofriendly hotels and low-key, low-tech campsites that make it ideal for backpackers on a budget and those who want a taste of Mexican island authenticity, which sets it apart from the nearby Cozumel and even Isla Mujeres. 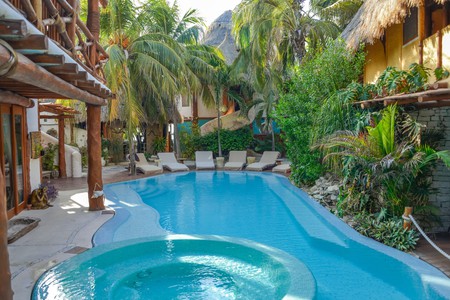 Potential future disaster aside, Holbox remains an objectively paradisiacal island, removed from the reality of day-to-day life. Its azure waters (slightly darker than those in the Caribbean proper, given the influence of the murkier Gulf of Mexico) are ideal for swimming and snorkelling, and the pristine white beaches will have even non-beach lovers converted within minutes. There’s only one cash machine, few cars and, up until recently, almost no tourists. 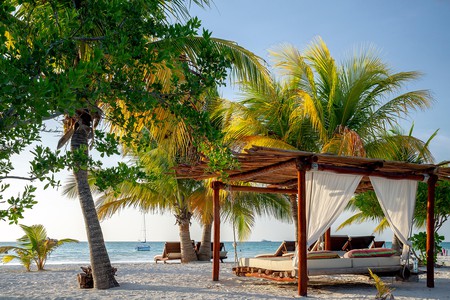 As you’d imagine for a hidden island situated in a lush nature reserve (Yum Balam) where the Gulf of Mexico meets the Caribbean, there is a wealth of animal life to marvel over, from flamingos and the aforementioned seasonal whale sharks to crocodiles and endangered sea turtles. It’s also a fantastic site to learn kiteboarding and try your hand at snorkelling, for which you can rent equipment or book tours pretty much anywhere on the island. As well as wildlife, there’s also a thriving art scene, which is mostly made up of vibrant yet sun-bleached street murals painted by local and visiting artists. 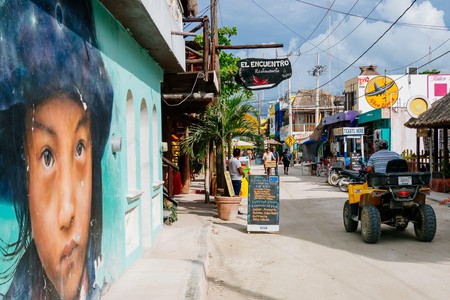 So, there you have it, the hidden island that looks set to be hidden no more. What are you waiting for? Go before it’s too late!