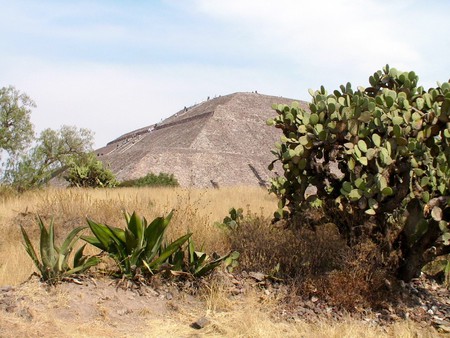 There’s no denying that Teotihuacán is one of Mexico’s most impressive tourist attractions, and given its location just a stone’s throw away from Mexico City, you can see why it gets hundreds of thousands visitors annually. However, with all the do-it-yourself guides and tour options floating around for travellers wanting to stop by this magical, mysterious Mesoamerican archaeological site, planning a visit can get confusing. Here’s your ultimate guide to visiting Teotihuacán, Mexico.

Teotihuacán, meaning ‘the place where gods were born’, was allegedly more or less established by the year 100AD, and at its height was the largest city in the Americas with an estimated population of some 125,000 inhabitants. However, the decline of Teotihuacán and its eventual abandonment still remain a mystery to archaeologists, anthropologists and historians; one of the most likely theories is that internal unrest, as a result of a spike in deaths caused by environmental changes, led to the ransacking, rebellion and ultimately, destruction of Teotihuacán society. 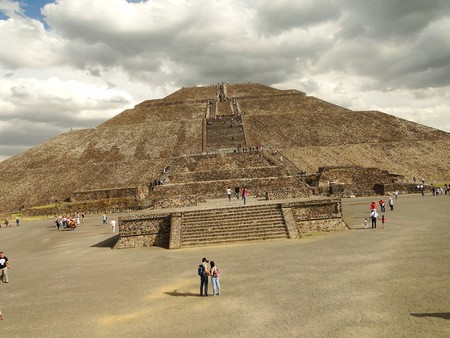 Teotihuacán at an angle | © Robinson Esparza/Flickr

While Teotihuacán was at its peak though, it held much significance in the Mesoamerican world, as a site of religion, commerce and residence, with evidence pointing towards the fact that both human and animal sacrifices took place there. However, despite the fact that many of Teotihuacán’s secrets have been uncovered, there is still plenty of mystery surrounding the site. For example, as recently as 2014 a mysterious subterranean tunnel was found and excavations are currently underway, whereas the interior of the magnificent Pyramid of the Sun – one of the largest buildings on the site – has never been fully explored. It is still not known who exactly the residents of Teotihuacán were either, with some believing they were Nahuas, Otomis or Totomecs, and others positing that it was simply a multi-ethnic society. 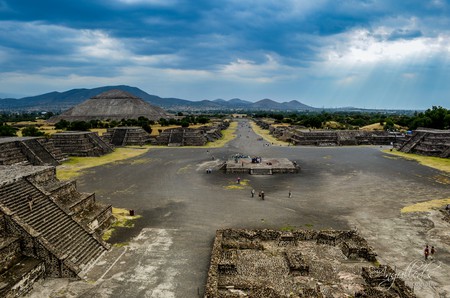 Teotihuacán, as seen from the Pyramid of the Moon | © Anyul Rivas/Flickr

The two mighty pyramids that loom over the expansive site are arguably the main attractions of any visit to Teotihuacán and, luckily, the general public are still allowed to climb them (unlike at Chichén Itzá). Take advantage of this and make sure you scale both the Pyramid of the Sun and the Pyramid of the Moon on your visit, because the views from the top are magnificent. Plus, you need to snap that obligatory back-to-the-camera picture. 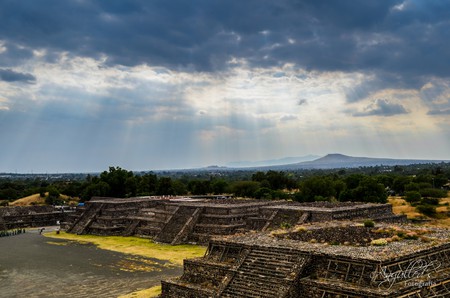 While most people go to Teotihuacán to simply wander the Calzada de los Muertos (Avenue of the Dead), explore the Ciudadela sunken square, and climb the pyramids (all of which are highly recommended Teotihuacán activities), you shouldn’t forget to stop by the museum either. There you can find out more about the ancient and mysterious world of Teotihuacán through its architecture, sculpture and murals, the latter of which is often one attraction which goes undervalued and overlooked by visitors who flock to the site daily. Entry to the museum and murals is included in the ticket price anyway, so you might as well stop by. 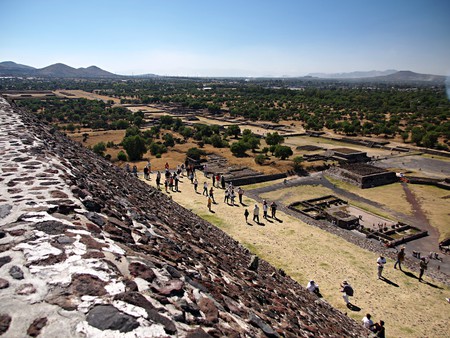 The view from above | © Denis Matisons/Flickr

Tips for your visit

As one of Mexico’s most popular archaeological sites, and one which is so close to Mexico City, it makes for the perfect day trip. However, you won’t be the only one aware of this, so it’s advisable to start early in order to beat the crowds. If you do manage to enter on the dot at 9am, you’ll be rewarded with some breathtakingly unspoiled views over the Calzada de los Muertos and the Pirámide de la Luna in particular, making that early morning wake up call worth it after all. 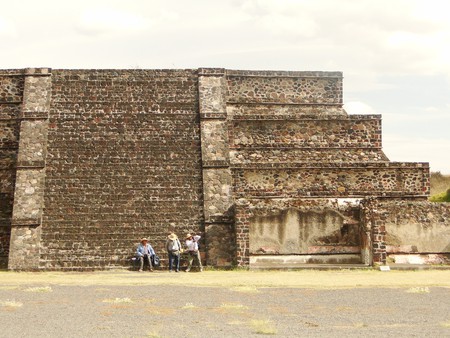 Take water and a hat

It might sound like common sense, but you’d be surprised how many people turn up to Teotihuacán entirely unprepared for the beating sun that reigns over the site, especially around midday. While there are plenty of vendors onsite ready to flog you a woven hat and a chilled bottle of water, the prices often reflect the major tourist attraction status of the site. So, if you’re working on a budget, it’s best to take everything you need with you because you’ll be thirsty after all the pyramid climbing. Don’t forget to wear sun block either. 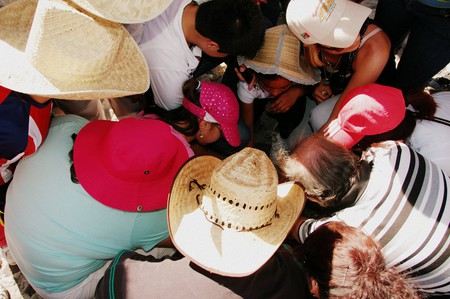 Don’t go the second you land in Mexico City

It’s pretty common to leap straight into all the activities that a place has to offer the second you get off the plane. However, with Teotihuacán, you might want to leave your visit until towards the end of your trip, especially if you’re unused to the ridiculously high altitude of Mexico City. Sitting some 2,250 metres above sea level, it can take a couple of days to get acclimatised, and so climbing a 65-metre-high pyramid isn’t all that advisable straight away. Instead, give yourself time – Teotihuacán isn’t going anywhere! 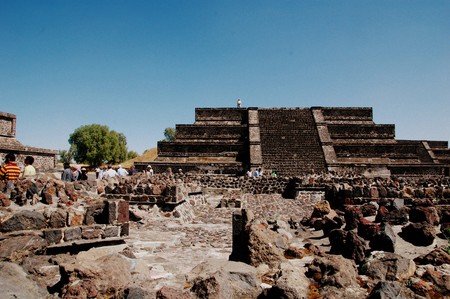 Some of the smaller attractions | © LWYang/Flickr

According to the official Teotihuacán website, there are free tours available onsite for those who request them and, as everyone knows an archaeological site is always better if someone tells you exactly what everything is, you should take advantage! You can reserve in advance or simply ask at the window when you buy your ticket, and they should provide you with all the information you need. If you’re travelling with kids, on Sundays the site offers hour-long free tours for children and adults too. 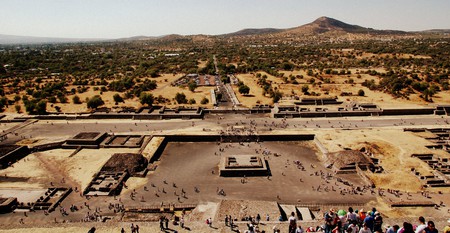 Teotihuacán is one of the most spectacular and ancient sites you’re likely to see in your life, but it can only stay that way if the thousands of daily visitors follow the rules and help to keep it in pristine condition. So, on your visit make sure to follow the rules; don’t touch the museum exhibits, sculptures or murals; avoid using flash when taking photos, and don’t bring alcohol, weapons or pets…although that should go without saying.

There are several ways to get to Teotihuacán, which is open 365 days a year from 9am-5pm. The easiest is to take a taxi or Uber from the city, straight to the site, although that will be a more costly (albeit more comfortable) option than taking the buses that leave regularly from Mexico City’s north terminal.

Upon arrival, you’ll have to pay a MXN$70 entry fee (although children under 13, adults over 60 and people with disabilities enter for free). If you’re a Mexican national or have residence in Mexico, you enter for free on Sundays.