The Most Beautiful Libraries In Mexico City

Biblioteca de México | © Timothy Neeson/Flickr
Mexico City has a wide selection of spectacular bookstores for all of your book buying needs, but what about your book borrowing ones? Luckily, the Mexican capital boasts a wide selection of libraries from which you can take your pick. Whether you’re looking to ogle over centuries old texts or soak up modernist architecture, Mexico City has a library for everyone; here are the seven most impressive.

Why not start off with the city’s most well-known and architecturally remarkable library? Designed by Alberto Kalach, this library is famed for its suspended bookshelves that hold around 106,000 titles and has been pleasing visitors since it opened in 2006. Other key features include the huge whale skeleton that hangs in the central passageway and the labyrinthine garden. Biblioteca Vasconcelos may not have an English language section, but it’s easily one of the best libraries in the city. 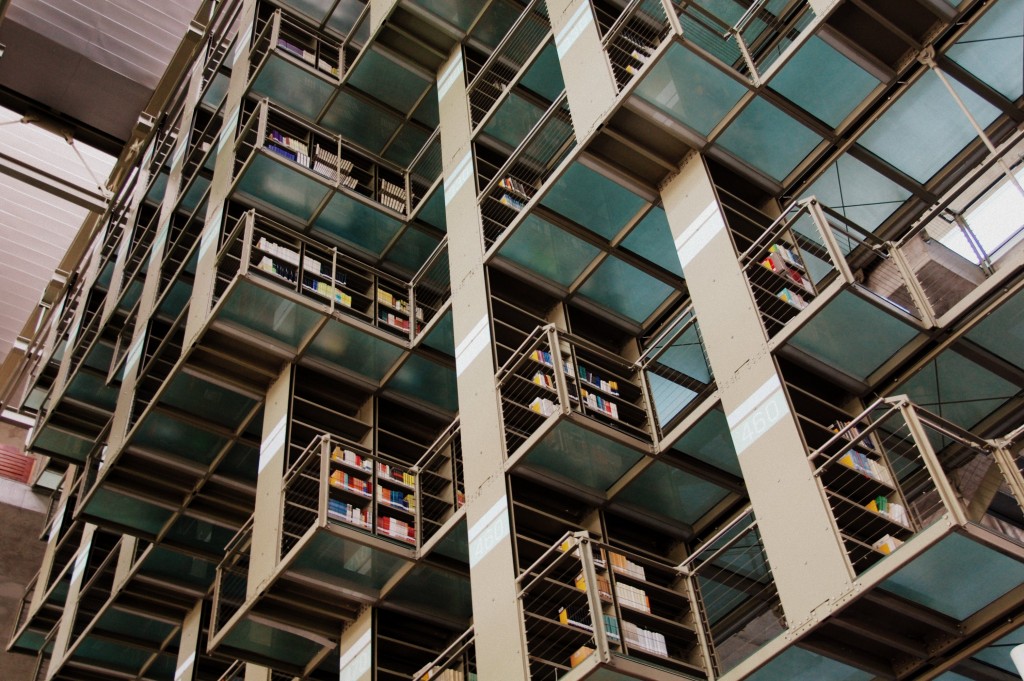 Library
English ‘Pronouncing’ Dictionary | © John Davey/Flickr
This modern library specializes in English language books, making it the perfect spot to drop by if you don’t speak Spanish or are learning English. Established in 1983, Anglo Library is the country’s largest English-language library and has a wide selection of titles for even the most avid reader to choose from. From their inauguration to the present day, they’ve given library cards to around 3,500 members. Why not be the 3501st?
More Info
Open In Google Maps
127 Calle Maestro Antonio Caso, San Rafael Ciudad de México, Ciudad de México, 6470, Mexico
+525530678817
Visit website

Often side-lined in favor of the aforementioned Biblioteca Central, this second UNAM library, Biblioteca Nacional de México, is a gem. In addition to housing more than 1,250,000 books and documents (including some of the oldest and rarest in the world), it also boasts the original copy of Juan Rulfo’s Pedro Páramo and manuscripts from Benito Juárez and Doctor Atl. Originally founded in 1867, the architecture is almost as astounding as the literary collections housed there.

Library
Stunning from the outside and boasting a broad selection of titles (and murals) on the inside, including an impressive collection of 18th century newspapers and over 2,000 examples from the 19th century, the Biblioteca Miguel Lerdo de Tejada is housed in a true masterpiece of baroque architecture. Aside from being a must-visit for architecture and newspaper buffs, there’s also an added historical appeal to this library — it has the 1824 Constitución de la República in its collection.
More Info
Open In Google Maps
49 República de El Salvador, Centro Histórico de la Ciudad de México, Centro Ciudad de México, Ciudad de México, 6000, Mexico
+525536889833
Visit website
Visit Facebook page

We round off our guide to Mexico City’s most impressive libraries with this tiny but worthy entry: Aeromoto. Situated in the Zona Rosa of the city, it specializes in contemporary art titles, meaning you can borrow not buy — and save some money on the hefty price tag that these types of books often come with! Only members can take the books away from Aeromoto to peruse at home, but anyone can wander in and browse the titles at leisure.