The Best Things to Do in Mexico City in Summer 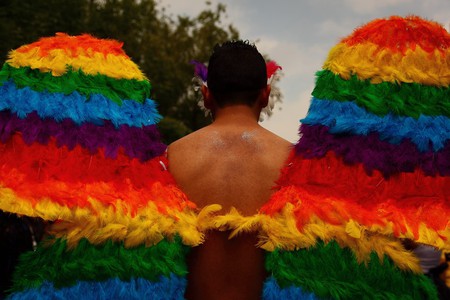 As one of the world’s megacities, Mexico City is blessed with countless cultural attractions and activities. Summer in Latin America’s largest conurbation is a great season to explore, taste delicacies, take in the culture or simply get lost among promenades and bustling side streets. From exploring the free museums to cycling along the Reforma, here are the best things to do in Mexico’s capital in summertime.

Mexico City has tons of top museums, plenty of which offer year-round free access. The Museo del Estanquillo is free, as is the Soumaya Museum, which boasts over 60,000 works from 30 centuries of art. Try the Museo Dolores Olmedo, which is free on Tuesdays; the Museo del Palacio de Bellas Artes, which is free on Sundays; or the Museo Universitario del Chopo, which is free on Wednesdays. For those with a fascination for the macabre, the Museo de Anatomopatología (Museum of Pathological Anatomy) exhibits wonders including preserved parasites, a wealth of animals and plenty of internal organs – lovely!

Visitors should be aware that a lot of the museums in the city are closed on Mondays for essential maintenance and cleaning.

Book a table for a meal to remember 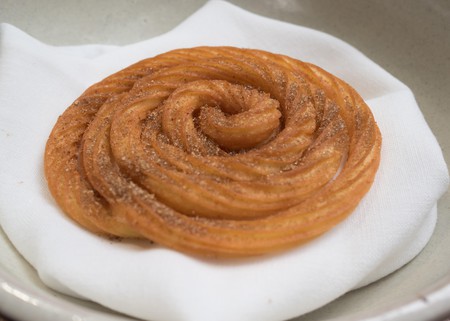 Take time out from sightseeing by making dinner reservations at one of Mexico City’s top restaurants. The city has been a melting pot of gastronomic flavors for decades, although the rise in deluxe restaurants has only been noticed on a global scale fairly recently. Yes, the street vendors maintain their no-nonsense delights, but if you’re wanting to dine formally, Mexico City is now recognized as a culinary heavyweight.

Summer is not peak season for the capital, so you might just have a chance at getting into one of Mexico City’s top dining options, like Pujol (opened in 2000 by gastro chef extraordinaire Enrique Olvera), Máximo Bistrot or Sud 777.

If you’re an international art curator, critic, historian or an artist, then consider enrolling in the annual Soma summer school art program. Over the course of eight weeks (usually in July and August), you’ll be able to attend talks and workshops with prominent names on the Mexican art scene, as well as get guided gallery and studio tours. Promoting creativity and open dialogue, the program is conducted in English. Along the way, you’ll be introduced to the city’s dynamic art scene with visits to studios, galleries and museums, as well as seminars with curators, guest artists and historians.

Not surprisingly, Soma attracts a wealth of applicants. But if you’re the creative type and have the time to delve into Mexico City’s artistic history, it’ll be well worth applying. Not only will you leave the program enlightened, but it could also kick off a new career in the arts!

Chiles en nogada (stuffed chilies in walnut sauce) might be most strongly associated with Mexican Independence Day in mid-September, but the official season for them kicks off in late July and early August. Make the most of this seasonal availability if you find yourself in Mexico City over summer and tuck into this highly traditional, regional dish. It consists of a roasted chili, stuffed with ground meat and dried fruits, topped with a creamy walnut sauce and pomegranate seeds.

The traditional recipe originates in Puebla, and it’s whispered that the future emperor, the army general Agustín de Iturbide, dined on the dish after signing the Treaty of Córdoba. If it was good enough for him, then the dish has to be tried at least once in the summer.

March at the gay pride parade 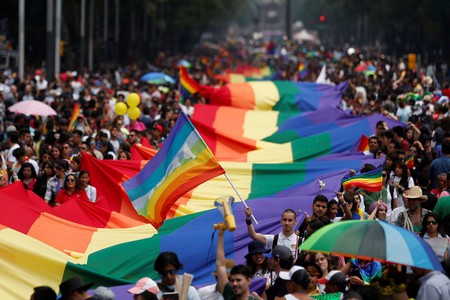 Some people are surprised to learn that Mexico City, the capital of an overwhelmingly conservative, Catholic country, hosts an annual gay pride parade, but it does! In fact, each summer (usually in late June) the streets of Mexico City, swell with pride, as members of the LGBTQ community march from the Ángel de la Independencia towards the Zócalo.

The LGBTQ community mixes with all types of party people, swelling the crowds to roughly 250,000, making the Mexico City Pride second in size in Latin America to São Paulo’s. Taking place every year since 1979, the massive event is a celebration, so bring your party shoes, because Mexico City Pride knows how to throw a bash that’ll live long in the memory.

Travel on two wheels along the Reforma

How can a city the size of Mexico City shut down its most famous avenue to motorists, thus allowing cyclists free reign for about four hours on Sundays? Don’t ponder it too much; instead opt for a leisurely ride down Av. Paseo de la Reforma while it’s safe to do so. From one end to the other it’s a whopping 15km (9mi), and rollerbladers, joggers and cyclists can take in the magnificent urban architecture – much of which featured in the 2015 James Bond film Spectre. Combining sightseeing with a little exercise has never been so liberating.