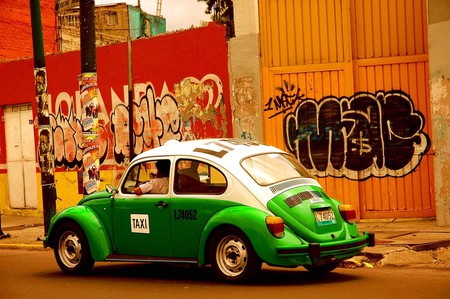 Short films give us a glimpse into a country, people or culture… and sometimes all three. Here are some of the best short films set in Mexico that you should keep in mind before you spend the equivalent of their runtimes scrolling through Netflix.

Named as Short of the Week over at the website of the same name, Luchadora is a brief 12-minute documentary that takes you behind the scenes, both professionally and personally, with one of Mexico’s luchadoras, Luna Magica (Magic Moon). The film, directed by River Finlay, follows her as she tries to achieve her wrestling star dreams, whilst also surviving as a single mother in the hectic world of Mexico City.

Directed by Josh Soskin, a Southern Californian native, La Carnada was also ranked highly over at Short of the Week. Following the story of a teenager from Tijuana recruited for his first drug smuggle over the Arizona border, La Carnada has a runtime of just 13 minutes and was shot entirely on location in the northern border state.

Based on the story of the same name by Isaac Esau Carrillo Can, La Ultima Danza is a two and a half minute animated short which is told through the Maya language of Yucatan state, alongside Spanish-language subtitles. It narrates the final discussion between father and daughter and explores the nature of both life and death.

El Origen del Sol y la Luna introduces viewers to the rich world of indigenous Mexican culture and language, using brief and animated scenes to tell the story from the Tseltal (from northern Chiapas) oral tradition about, as the title suggests, the origin of the sun and the moon. If you’re interested in learning more about indigenous languages, check out this Remezcla list of animated shorts based on Mexican myths, legends and poetry.

Ranked by The Guardian as one of the best Mexican shorts from the first semester students of Mexico City’s prestigious CUEC film school, El Ritmo de la Ciudad (The Rhythm of the City) comprises of several shots and sounds which sum up life over the course of a day in the chaotic Mexican capital. From the rush hour squash on the metro to the recognisable shouts of taco vendors, in just three minutes this film immerses the viewer in ‘real life’ Mexico.

From the short of Mexican filmmakers in training, to the short of one of Mexico’s most up-and-coming directors, Alonso Ruizpalacios. Café Paraíso was the winner of much acclaim when it was released in 2008 and has a runtime of just ten minutes. Nowadays, Ruizpalacios is best known for directing the gritty black and white film Güeros, as well as one of Mexican singer Natalia Lafourcade’s music videos.

The longest short to feature on this guide so far, clocking in at 21 minutes, Un Aliado en el Tiempo (An Ally in Time) was a hugely successful 2008 release, from now-accomplished director Miguel A. Reina. Likely having taken inspiration the popular Mexican film Amores Perros, which interweaves three storylines, Un Aliado en el Tiempo combines a whopping nine separate, but connected, plots over the course of one day in Mexico City.

Quiero Ser (I want to be…) is a 35-minute long, Oscar winning short from German director Florian Gallenberger, which explores the lives of two brothers (Jorge and Juan) who live on the streets on Mexico City and are busking to save up for a balloon selling license. Ultimately, the two brothers embark on different journeys in life, but who comes out on top? You’ll have to watch and find out.

Directed by Mexican filmmaker Soledad Violeta Carbajal, Puertas was one of the winners at the 2016 Shorts Mexico competition and was screened at the Morelia Film Festival in the same year. The nine-minute runtime of this film documents the transformation of a child into a woman by medium of a dream. Perhaps one of the most ‘out there’ plotlines touched on so far in our guide to short Mexican films, Puertas makes for an intriguing watch.

Following on from the semi-fantastical Puertas, we end our guide with another fantasy drama, En el Espejo del Cielo, directed by filmmaker Carlos Salces (who went on to direct Zurdo). The super award-winning film charts, over the course of just ten minutes, the dreams-turned-reality of a young Mexican boy who has often wanted to hop on the plane he sees reflected in the water. However, not all goes to plan.