The Best Archealogical Sites to Visit in Puebla, Mexico 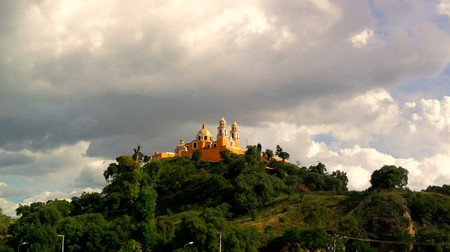 Mexico is replete with fascinating ruins that give us a peek into the lives and culture of the Mesoamerican people throughout the ages. Although many of our conjectures about their history are at most educated guesses, these sites can give archeologists some valuable insights into what the New World was like before there were written records of its history. Here are eight places just within the state of Puebla that we think you will find fascinating!

The world’s largest pyramid is located just three hours outside of Mexico City, but you might miss it if you didn’t know that it’s made of dirt and grass and topped with a Catholic church that was built by the Conquistadors. This pyramid was an important religious and ritual center in pre-Hispanic times and is thought to have been built by a people who were influenced by the culture of nearby Teotihuacan, as similar architectural styles can be seen at the two sites.

The construction of the pyramid began in the Preclassic period and was carried out in six subsequent phases by each indigenous group that lived here, until it reached its current size: 1,476 feet (450 meters) on each side at the base and 217 feet (66 meters) tall. The site is located in the middle of town, with lots of options for eating nearby, and there is a small museum where you can find further information.

In the 1960s, Richard MacNeish discovered this cave, which was thought to have housed entire families of foragers and traders during the rainy season when food was plentiful. It was thought to have been used as a storage for food supplies, and corn found there was carbon-dated to 5,000 BC. This is some of the earliest archeological evidence of the use of domesticated corn, as well as some other endemic Mexican crops such as squash, chillies, avocados, and beans.

The cave is a short hike from the town of the same name, or a three-mile (five-kilometer) drive on the highway. MacNeish carried out a large-scale excavation project and discovered five more caves in the area with similar attributes; they were named El Riego, Tecorral, San Marcos, Purrón, and Abejas.

The Cantona settlement, on the border of Puebla with Veracruz, was flourishing at the same time as the famous Teotihuacan pre-Hispanic site. It is believed it was an important trading center because of its location alongside an old trading route between the Gulf Coast and the Central Highlands. One of the site’s claims to fame is its 24 ball courts, the most to be found at any Mesoamerican site. It was a highly urbanized zone, with specific city planning elements, and was probably home to 80,000 inhabitants at its height. The site is easily reachable by car and there are on-site restaurants.

This site became famous when the archeologists that excavated it insisted that it had been the site of human settlement for 250,000 years, a much longer period than it had been thought that humans had lived in the New World. There have been many studies since its original excavation, and some have held up this claim while others disputed it. The site is located in the Valsequillo Basin, near Puebla City.

Cacaxtla is believed to have been the capital of the region and the home of the Olmeca-Xicalanca people, of Mayan descent. The city was believed to be at the height of its power from about 650 AD to 900 AD. The site is famous for the quantity and quality of its murals, particularly the Battle Mural, as well as the depictions of religious leaders and the paintings of the planet Venus that are incorporated into some of the figures’ clothing. The site was discovered only in 1974, and was excavated for six years before it was opened to the public. 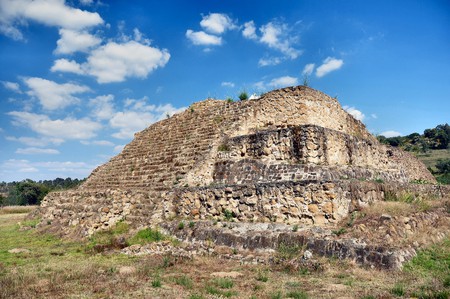 The first established city of the Totonac people of Veracruz, Puebla, and Hidalgo, this site’s name means “the House of Night” and comes from the Nahuatl language. It’s believed that it’s called this because of the great number of nearby caves, and archeologists also believe that they served as a model for some of the architectural elements of the site’s buildings. The buildings center around a large, triangular plaza and are built atop a natural rise in the landscape. Today known as El Tajín, the site is believed to have been a ceremonial center for the Totonac people, one that they were eventually forced to leave because of invasions from neighboring groups. The site is only open at certain hours of the week.

The fascinating name of this site is thought to mean “the place of split rocks” in the original Nahuatl, and it was founded by the Popolac people, a community that spoke the Otomangueana language and whose ancestors still live in the area in the Valley of Tehuacàn and the Mixteca Baja Poblana. It was at its height from the 10th to the 16th century, and it was the center of a Popolac lordship. It is open from Monday to Friday from 9 a.m. to 4 p.m. 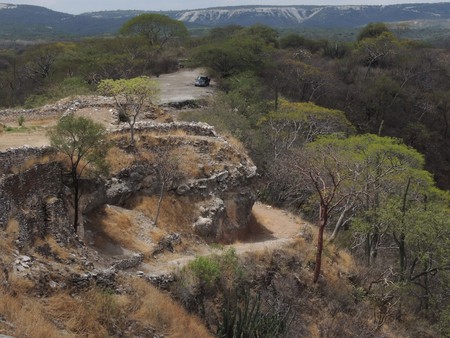 Located right in the heart of the Puebla capital, the Manzanilla archeological zone is a complex of three areas: the Cerro de Manzanilla (Preclassic period), the Parque de Manzanilla (Classic period), and the Hacienda de San Diego Manzanilla (Late Classic and post-Classic period). There are 14 to 16 pyramids, various ball courts, and other civil and religious buildings. The site is open 24 hours a day, but unfortunately hasn’t been conserved very well by the local government. The site is believed to have been inhabited by the same people who built Teotihuacan.