The 10 Most Spectacular Mountain Ranges In Mexico

© Cyrille Fleury / Shutterstock
Mexico has a number of mountain ranges within its geopolitical borders, as well as some that extend north into the US and south into Central America, but which exactly are the most aesthetically pleasing, ecologically diverse and downright spectacular? Here’s our guide to some of Mexico’s most jaw-dropping mountain ranges.

Los Tuxtlas, as well as referring to a Biosphere Reserve, is a chain of volcanic mountains located near the coast in the state of Veracruz. In fact, much of the mountain range itself falls within the protected boundaries of the Biosphere, which is helping to prevent further deforestation in the area. It’s strange that Los Tuxtlas has a recently active volcano in its midst, San Martín Tuxtla, because it’s separated from the Trans-Mexican Volcanic Belt and the Central American Volcanic Belt by some distance. 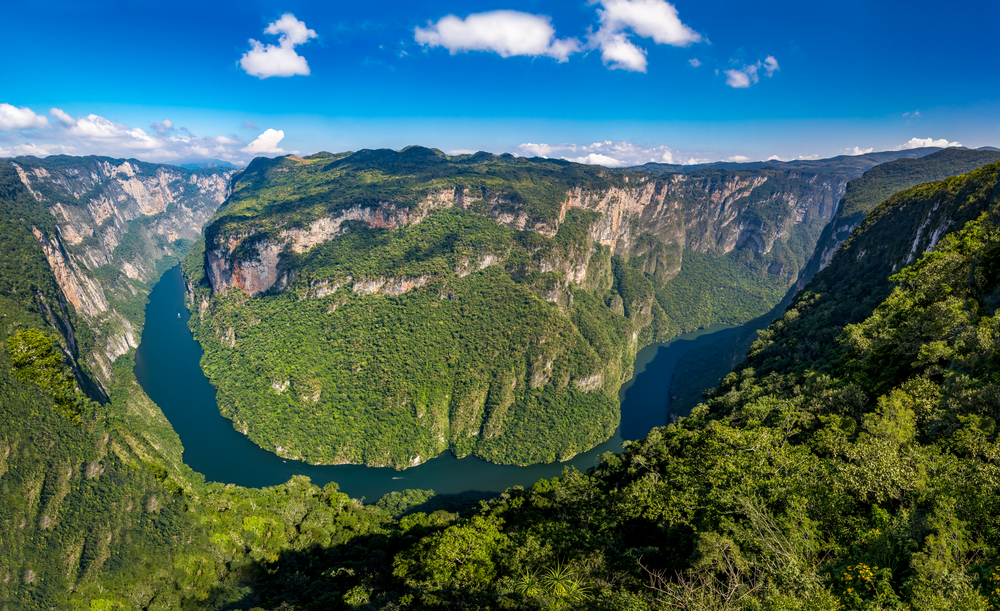 The Sierra Madre Oriental is a sprawling, 1000km long mountain range in north-eastern Mexico which includes several ‘mini’ ranges under its catch all title. Some of these include the Sierra del Burro and the so-called Coahuilón, a portmanteau reflective of the fact that the range straddles the Mexican states of Coahuila and Nuevo León. El Coahuilón is known for having lots of pine forests and evergreens, which make up part of the Monarch butterfly migration path. 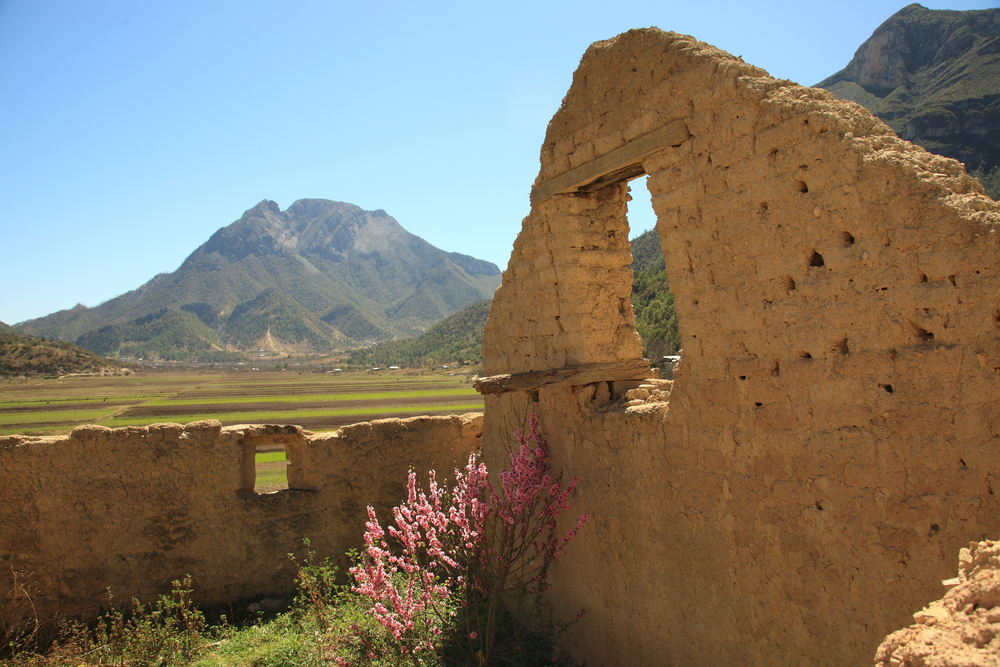 Alternatively titled Sierra Chiquita, the Sierra de San Carlos is a relatively remote Tamaulipan mountain range with a dry climate and a correspondingly large amount of hardy desert thorn shrub. Alongside this shrub, the Sierra de San Carlos also has oak-pine forests at higher altitude and thorn forests at lower altitude. While the majority of this range is fairly low, its highest peak tops out at 5,860ft above sea level and is known as Cerro El Hongo. 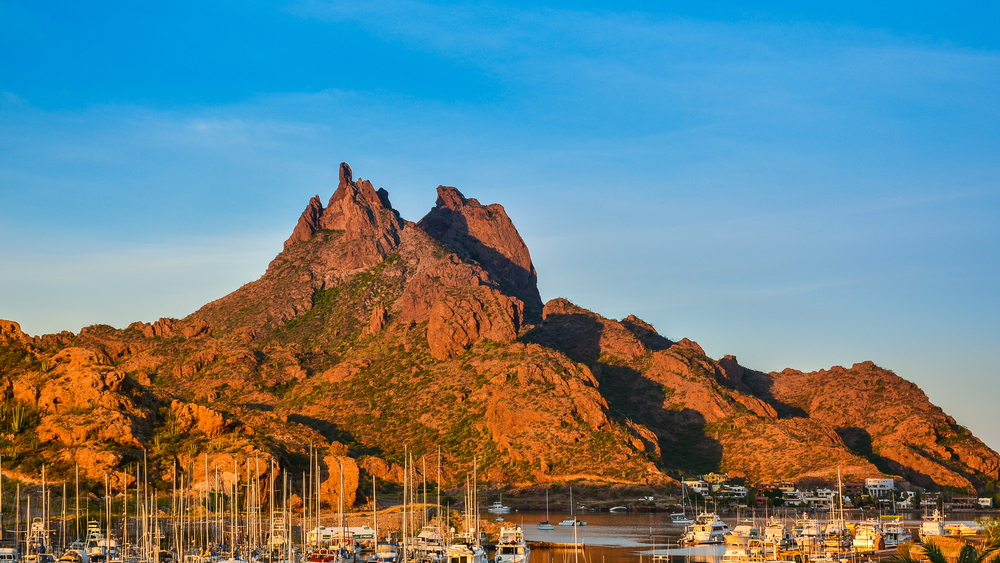 The Sierra Madre de Oaxaca is another massive mountain range that is predominantly confined, as the name would suggest, to Oaxaca, although parts do cross into Puebla and Veracruz. Within this mountain range, you also have the Sierra Juárez (former president Benito Juárez’ birthplace) and the tallest Mexican peak, Pico de Orizaba. In fact, most of the peaks in this mountain range are very high, ranging from 8,200ft and 9,800ft above sea level. 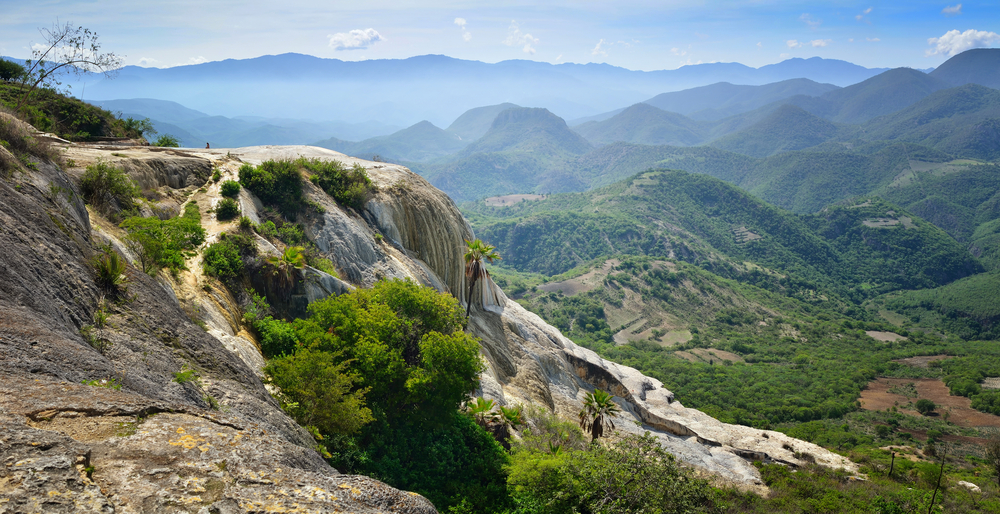 Situated in the northern state of Nuevo León, the Sierra de Picachos is a relatively small mountain range that is separated from the Sierra Madre Oriental by a single highway. The highest peak in the range stands at 4,990ft and is predominantly covered by the desert shrub land also present in the Sierra de San Carlos. However, the trees are by far the least interesting feature of this magnificent mountain range – it also houses cougars and American black bears. 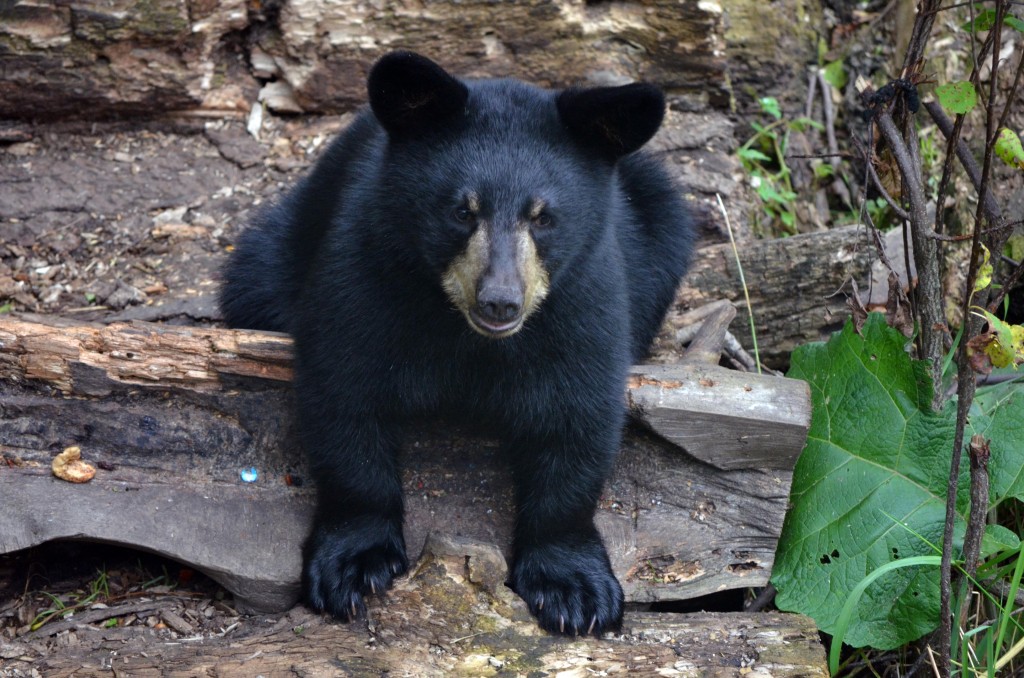 The Sierra Madre del Sur occupies space predominantly in three Mexican states: Guerrero, where the highest point can be found, Michoacán to the west and Oaxaca to the east. This mountain range is particularly notable for its biodiversity and for being home to numerous lesser-spotted species. While close to the Trans-Mexican Volcanic Belt for the most part, it is separated from it to the west due to the Río Balsas and could be considered the least cohesive of Mexico’s Sierra Madre ranges. 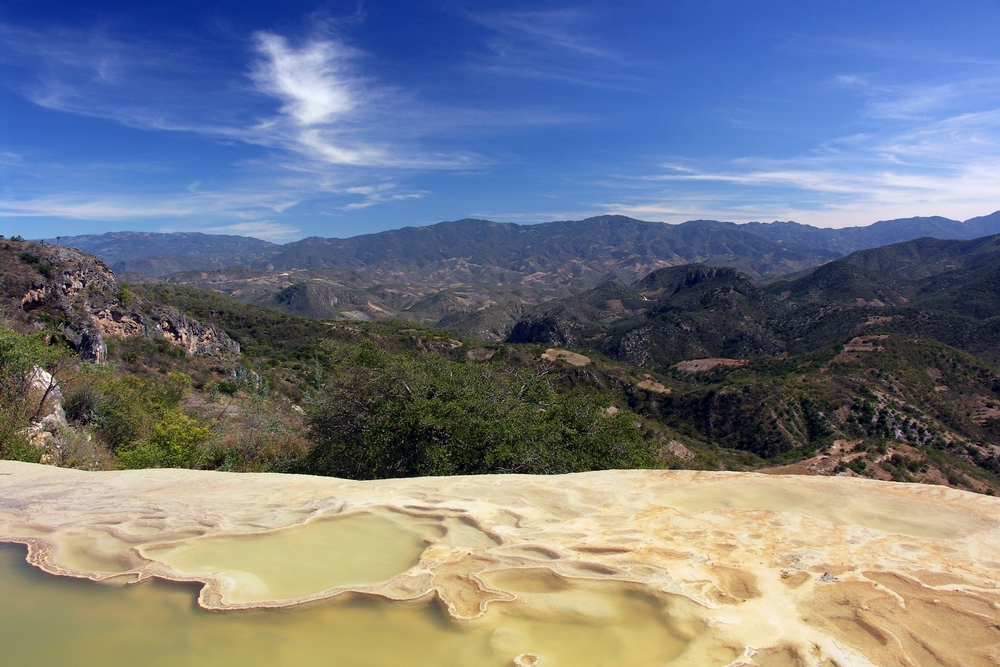 Located in the northern region of the Sierra Madre Occidental, the Sierra del Tigre is a range principally situated in the Sonoran Desert that also spreads into parts of Chihuahua and Arizona. Historically, this mountain range was a key outpost for Apaches when they were at war with both Mexican and American forces in the early 20th century. A neat feature of this range is the presence of so-called sky island ranges, which are isolated mountains with very different ground level environments. 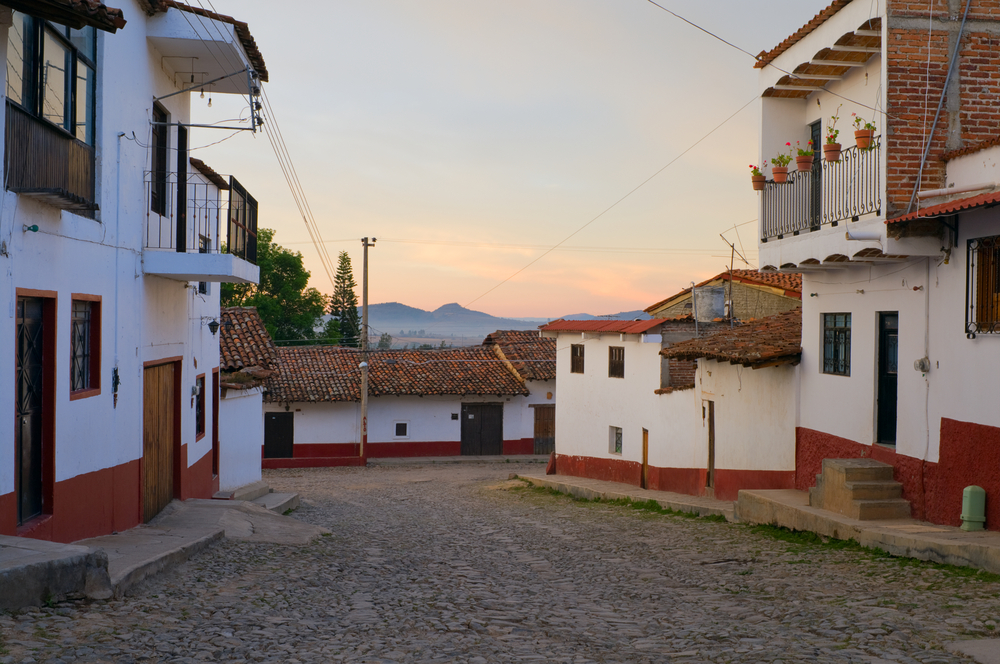 One of the largest mountain ranges in Mexico, the Sierra Madre Occidental extends down the west of the country right from Sonora to the Sierra Madre del Sur range. Within the parameters of this extensive range is the spectacular Copper Canyon in Chihuahua, which are deeper than Arizona’s Grand Canyon. There are still some indigenous groups which call this mountain range home, despite the efforts of Spanish settlers and their lust for silver. 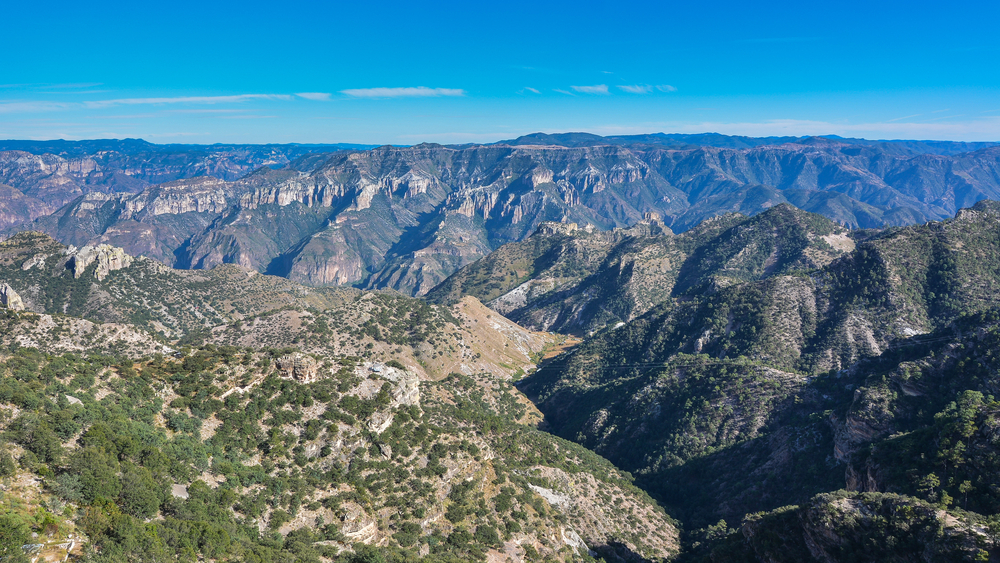 As you would expect, this mountain range is situated in Tamaulipas, albeit in a very isolated area of the state, and has a semi-tropical climate and three types of vegetation, including ferns at some of the higher altitudes of the range. It is in many respects a sky island, separate from the Sierra Madre Oriental and wetter in climate than the surrounding desert which it calls home. A perhaps surprising feature of this mountain range is the presence of cenotes, one of which is the deepest in the world. 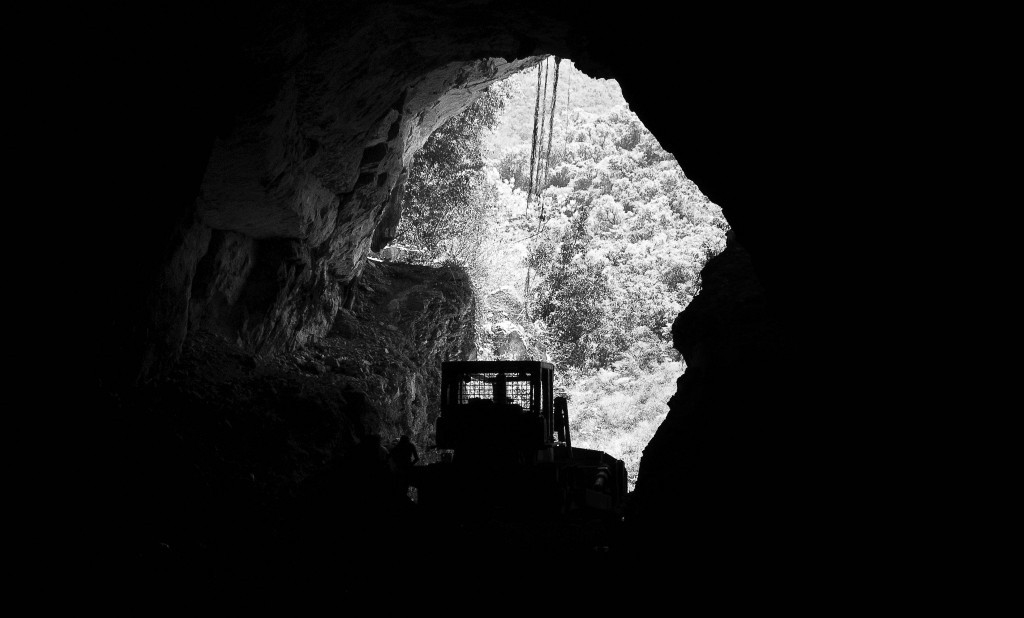 Finally, we wrap up our guide to the most spectacular Mexican mountain ranges with the Sierra Atravesada, also known as the Sierra de Niltepec, which is situated in Oaxaca. This range actually makes up part of the famed Sierra Madre de Chiapas, most of which runs down into Honduras and Guatemala, and is principally made of metamorphic rock and granite. The Sierra Atravesada has a very wet climate, but much sunshine, and a peak that reaches 7,380ft above sea level. 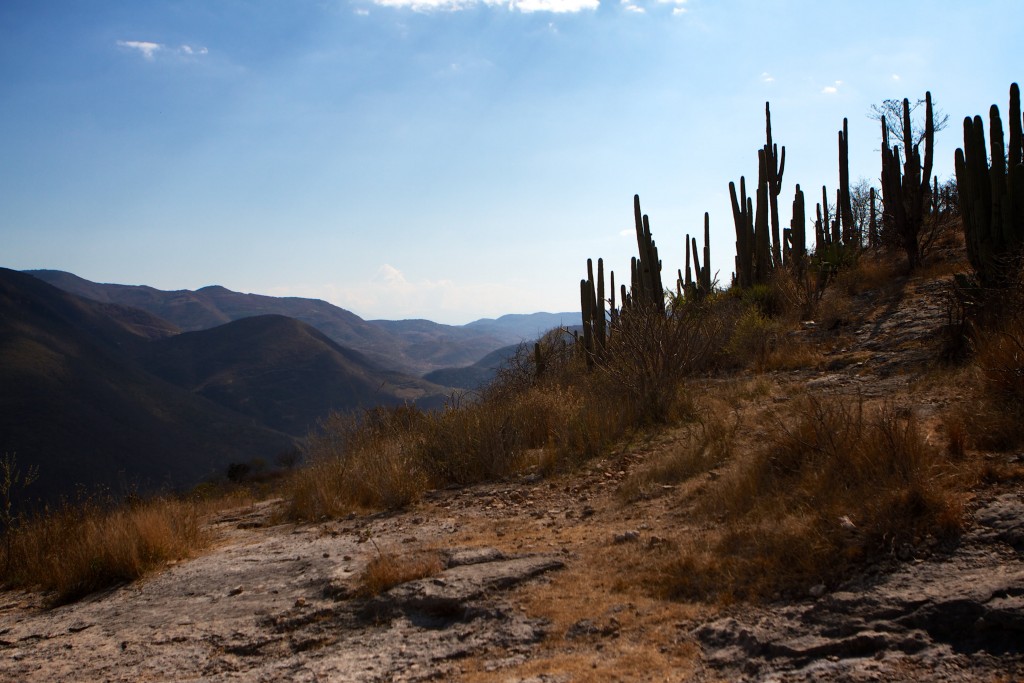