Chef Enrique Olvera and his team at Pujol, Mexico City, are crafting the flavors of Mexican gastronomy in a groundbreaking way. We take a look at the restaurant, its chef and the ways this culinary institution is educating the world about traditional Mexican cuisine.

What many assume to be ‘Mexican’ food, is not actually traditionally Mexican at all. Adaptations of the cuisine have partially arisen from the influx of Spanish and American involvement throughout history, resulting in variations of the traditional use of ingredients such as corn and beans, and imposing upon them the heavy use of meat and dairy, particularly cheese. Although these variations are arguably delicious (albeit often unhealthy) traditional Mexican cuisine is rooted in the use of fresh regional fruit and vegetables, flavoursome chile-based sauces (mole) and zesty flavours such as citrus. 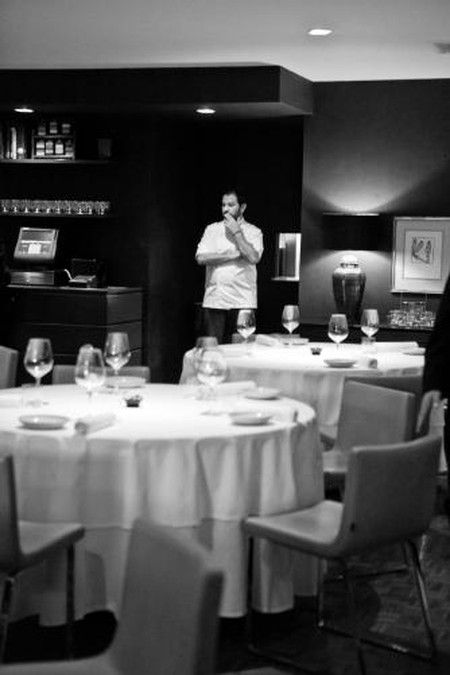 Since its opening in May 2000, Pujol has been top of the leader board of innovative Mexican cooking through hard work and an intrinsic close attention to detail. Achieving this initially by reworking classic dishes, improving their qualities and flavours, Pujol now strives to present Mexican cuisine as a powerhouse in contemporary gastronomy, and through extensive research is effectively creating new and interesting dishes, based around the nation’s plethora of ingredients and flavours.

Having trained at the Culinary Institute of America, intensely studying his country’s history and food over many years, chef Enrique Olvera is an expert on the flavours and heritage of Mexican food. He carefully plans each mouthful, layering and combining individual tastes in order to create an overall distinct experience. His restaurant, Pujol, is widely regarded as the best in Mexico, awarded the title by Wall Street Journal and in 2013 being placed 17th in the top 50 restaurants in the world by San Pellegrino. Being ranked in the top 50 three years running, Pujol is no stranger to receiving critical acclaim for its achievements. However, it is not only due to achieving the highest rank of any Mexican restaurant on the San Pellegrino list, and its various other awards, that make the restaurant record breaking. It has actively pushed Mexican cooking into the global limelight, enabling it to become one of the most esteemed nations for contemporary cooking. By revealing the flavours, ingredients and methods that are true to Mexico, Pujol has unleashed the country’s culinary potential, causing other influentials within the gastronomy industry to step back and take notice. 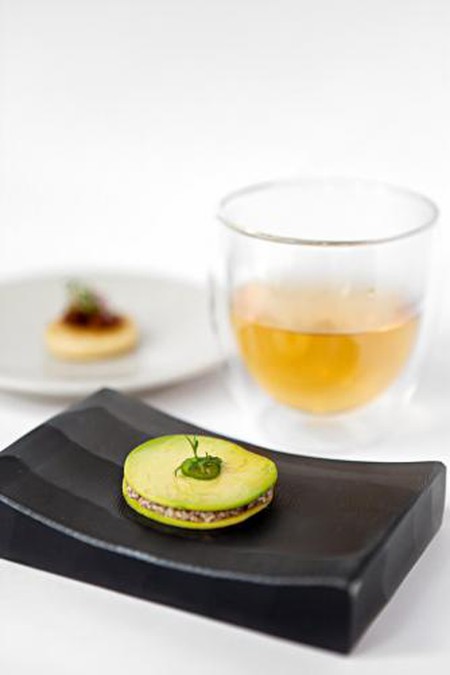 The country of Mexico is at a particular advantage when it comes to crafting recipes and defining flavours, as it holds many tastes that are specific to its borders. With Mexican cuisine being widely regional, the use of local fruit and vegetables that do not grow (well) elsewhere are heavily used in the country’s traditional dishes. Due to the work done by Enrique Olvera and his team at Pujol, there has been an increase in national chefs looking within the history of Mexican cuisine when researching potential ideas, rather than searching overseas or abroad for influences. This kind of research and experimentation is intrinsic to Pujol’s practice. A kitchen that is constantly looking forward, they strive to create food that is sustainable and local, whilst aiming to significantly reduce food wastage. This is outlined by Olvera in his book En la Milpa (2011), in which he refers to the crop system that is used in Mesoamerica, which allows for multiple kinds of crops to be grown in a single field. The ground is also allowed to be abandoned in between growth cycles in order for the soil to replenish itself. This method is notable, as it is thought to enable a flourish of crops without the need for chemicals or pesticides, and therefore allows for organic crop growth. 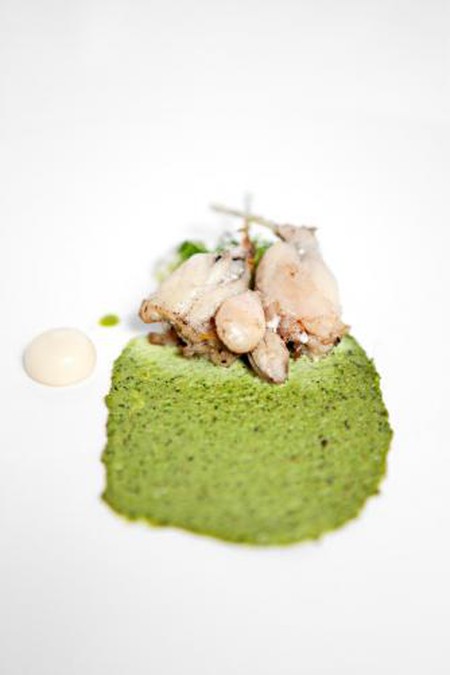 Placing Mexican food within its history in this fashion emphasises its capabilities of telling a story through its dishes. In addition to creating new dishes, Pujol seeks to retell this story through its regularly changing menu. In experimenting with the flavours of Mexico, the restaurant reveres its nation’s history, and provides the rest of the world the chance to learn about traditional Mexican cuisine. Traditional Mexican dishes such as Chiles en Nogada (a dish based around the poblano chile, stuffed with shredded meat and topped with a walnut and cream sauce and pomegranates) are known throughout the country. It is the ideas behind dishes such as these, more specifically the way that their flavours bring about individual memories in the consumer, that Olvera bears in mind when referencing Mexican history in his menu. His dish, elotitos tatemados con mayonesa de café y polvo de chicatana, is a nod to the street vendors of Mexico City who sell corn throughout the night. The dish is comprised of a hollowed gourd, containing smoked baby corn, coffee mayonnaise and topped with a dusting of ant powder, and is representative of the ways in which Pujol takes old ideas and transforms them into something astounding.

With the restaurant located just around the corner from the airport, the ever popular Pujol is a must visit to those travelling to Mexico City.