Mexico is one of only a few countries in the world to have its cuisine classed as a UNESCO Intangible Cultural Heritage. The reasons behind why and how Mexico’s cuisine became so distinctive can be found in the vastness of the country, as well as in the history of its colonial and immigrant past. 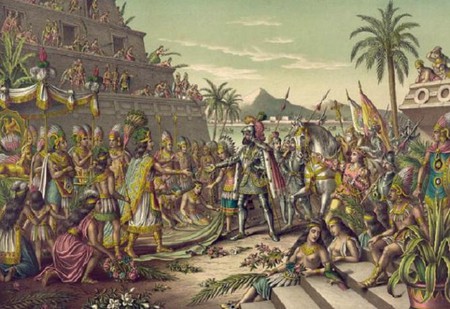 Long before European boats scudded ashore in the Caribbean surf, the pre-Columbian societies of the Aztecs and Mayans were already subsisting on complex diets, built on the diverse offerings of the Mesoamerican flora and fauna. Ingredients used thousands of years ago are today still staples in Mexican cuisine, and many have now secured their places in pantries across the world. When the Spaniard Hernan Cortes arrived in the Aztec city of Tenochtitlan in 1519, it is said he was invited to drink with King Moctezuma II, although it wasn’t fermented grapes he was offered, but a hot cup of xocolatl, a drink made from the dark brown beans that would soon be on the European import list and as valued as the gold Hernan had come to collect.

Many of the ingredients intrinsic to Mexican cuisine fall within the colour spectrum of the red, white, and green of the nation’s tricolour flag. Limes, avocados, and coriander are constants in Mexican kitchens, with the price per kilo of the first two often being a shorthand indicator among shoppers for the state of the national economy. Tomatoes come in both green and red, as do chillies, of which there are as many indigenous varieties in Mexico as ways to serve them. Finally, beans and corn have been the two staples of the country’s cuisine for millennia, the beans often bright red or black, and corn ground down into meal, to be used in drinks and food such as soups, tacos, tortillas and tamales. 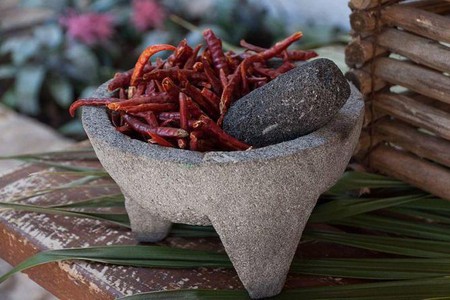 Cultural exchanges after colonial conquests never just go one way, and the landings saw Mexico gain ingredients and cooking techniques from Europe which fueled the next stage of its culinary evolution. Livestock, which had been almost non-existent, was introduced to Mexico by the Spanish, along with staples such as sugar, spices, garlic, onion, dairy and olive oil. While the conquistadors hoped to largely do away with the local cuisine and transplant the Iberian palette to the Americas, indigenous culinary roots ran too deep to be so easily displaced. Much like the syncretism of colonial and autochthonous religious beliefs, a cultural grafting took place where the assimilation of once foreign elements began to produce some of today’s most recognisable Mexican dishes.

If the evolution of Mexico’s cuisine is mapped onto a temporal axis one way, then the other must be drawn through space across the great expanse of the country; from California to Guatemala, and from the Pacific Ocean to the Gulf of Mexico. With so many indigenous cultures and culinary traditions spread through its vast territories, the rich variety of cooking styles in Mexico hardly comes as a surprise. Dishes by the same name can be found throughout the country, but where the meal is being served invariably informs the flavours of dish, infusing it with the idiosyncrasies of the region. This holds true on the western coasts of Sonora and Oaxaca; in the Caribbean enclaves of the Yucatan and Quintana Roo; through to the jungles of Chiapas and into the high plains of central Mexico. Traveling the country and tasting its food, you find that while the dishes may change with the states, from thick mountain stews to lime-cooked ceviche, an element in the cooking keeps your sense of place grounded firmly within the borders of Mexico.

High-quality street food can be found all over the country, and it is often the first port of call for office workers coming out for sun and sustenance in the late afternoon. Selecting what to eat can be the hardest part; with a choice of slow-cooked pulled pork barbacoa tacos, mushroom and soft cheese in blue corn tortillas, and chicken grilled with smoky chipotle chillies, vendors from Michoacan to Mazatlan have got fine dining on the fly down to an art form. 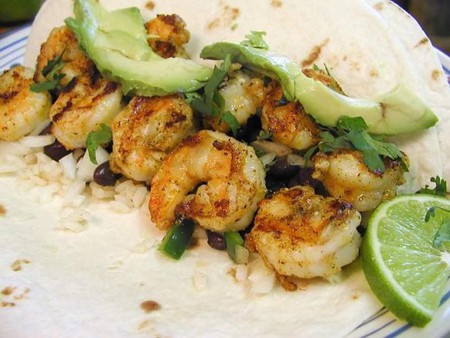 Mexican cuisine hasn’t stopped evolving though. A slow food culture has been inching its way onto the Mexican culinary scene in recent years. Popular in parts of the capital such as Polanco, it is in the south-western state of Oaxaca during the Food of the Gods Festival every October where slow food restaurants are winning accolades among diners and critics. The slow food movement gets its share of jibes from locals for describing dishes as ‘sun-bleached corn husks, milled and toasted by hand, served with tomatillos al diablo, where most would be happy with ‘tortilla chips and salsa’. While creative flourishes are appreciated more in the dishes than in the wording of the menus , there is something to be said for top Mexican chefs taking pride in their national cuisine and giving traditional cooking methods and ingredients pride of place. 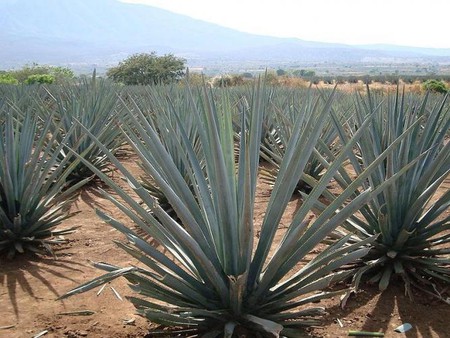 When talking among food enthusiasts about Mexican cuisine, it seems that you are never further than one smooth conversational segue from the topic turning to the matter of mole. Pronounced molé, this is another dish which has been around in one form or another at least since the rise of the major civilizations in Mesoamerica. The ingredients for the rich sauces vary from region to region, but chillies are unsurprisingly ever-present, and preparations with over two dozen ingredients are common, which may include nuts, dried fruit, chocolate, and a market stall of spices. While more prevalent on menus in the south, mole is one of the many dishes in Mexico that is shared and eaten at festivals and ceremonies.

In a country where chillies are rarely absent from the dining table, drinks to see off thirst and the after-effects of capsaicin range from iced flower waters to thick corn-based shakes. As for alcohol, Mexico has fitted out its drinks cabinet a little more since the days of Moctezuma II, predominantly with cactus-based spirits and an impressive array of local beers, often doctored to include some form of chili and lime. Tequila, and the manner of drinking it which has travelled abroad and wormed its way into the global psyche of a Sunday morning hangover, is treated a little differently within the borders of the República de México. More choice and better quality mean that tequila is a drink savoured as a national treasure, though this only adds to the rate of its consumption. Production takes place in the state of Jalisco, where towering blue Agave cacti cover the hills like spiked spines of long forgotten creatures. A train setting off from Guadalajara station takes the faithful and the thirsty to the heart of distilling country: Tequila, Jalisco. There, a beautiful church reigns over the main plaza, while all around town are the outlets and distilleries of the Tequila families and conglomerates: Jose Cuervo, Sauza, and Herradura.

Tequila, though, is just one drink of many made using the country’s manifold cacti. Mezcal is made from the maguey cactus, and for many it is like faith and football: fealty can only be sworn to one side. Mezcal can be smoother and stronger than Tequila, and served in bottles with anything from gusanos (worms) to chicken breasts for flavouring. Take away the distillation process likely gleaned from the imported colonial Spanish stills, and you are left with the pre-Columbian fermented drink pulque. With a similar viscosity to a milkshake, and often available in similar flavours, pulque is a more traditional, if slightly sour, drink , on an alcoholic par with a strong ale. Pulquerias can be found in greater number the further south you go, often with swinging saloon doors and caballeros taking a rest from the afternoon heat.

Many of Mexico’s most emblematic dishes are linked to festivals and holidays, where friends and families will gather to celebrate a saint, a wedding, or a town anniversary. With food being an integral part of these gatherings, in a country where eating and sharing meals is intrinsic to social life, the quality and variety on offer are an Aladdin’s cave for any outsider lucky enough to be invited to the table.