The Must-Try Dishes in Mexico City 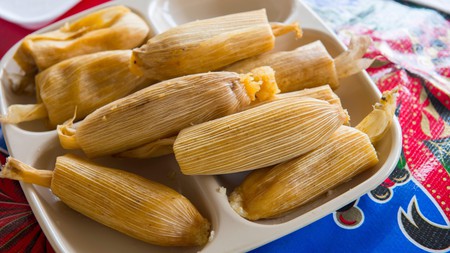 Mexico is a well known hotbed of culinary action with incredible flavor combinations. And as the capital of Mexico, Mexico City plays host to some of the top dishes you must try on your next visit.

If you love Mexican food, let our insider guide you through the local mercado to nose out the best street food stalls on Culture Trip’s five-day Mexico City tour.

The most ubiquitous and famed Mexican dish, the taco remains a favorite of Mexican cuisine — regardless of if you’re a tourist or a lifelong local. Greasy and satisfying, you can order a few as a light on-the-go snack or dine street side. There are numerous variations, but the true taco should be made with corn tortillas and be topped with cebollita y cilantro (onion and coriander.) Tacos al pastor (spit roasted, pineapple infused pork) are the perfect introduction to this famous dish. 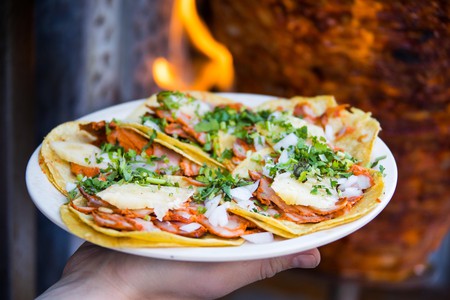 Tamales are made from corn-based dough and can be cooked with herbs or stuffed to the brim with chicken, rajas con queso (chilies and cheese) and countless other delicious ingredients. Tamales are wrapped in corn or banana leaves before they’re cooked and are sold by street vendors across Mexico. They definitely make for a wonderfully filling snack. 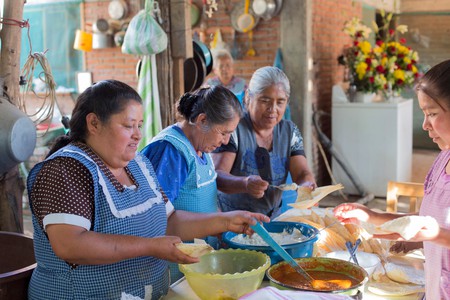 A phenomenon considered unique to Mexico City is the carb-on-carb action of the torta de tamal. Although it may seem overkill to add bread into this already delicious mix of tamal and spicy filling combo, the torta de tamal is a true CDMX experience which many consider an excellent – if a little stodgy – on-the-go breakfast. 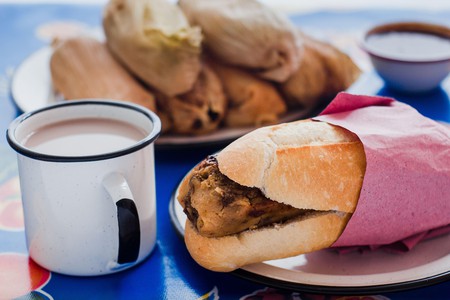 A similarly Mexico City-based phenomenon comes in the form of the cheese-less quesadilla. When you order a quesadilla anywhere else in the country, the assumption is that cheese comes as standard. In the capital, however, you must specify that you want queso in your quesadilla – or you’ll end up cheese-free and disappointed. Try to find a street vendor that sells them in beautiful blue corn tortillas and choose as many extra fillings as you like. 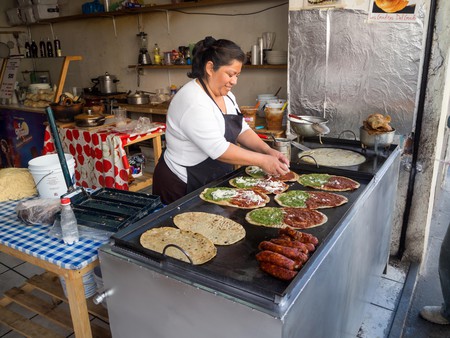 Corn tortillas are double fried before being stuffed with refried beans, cheese and fillings of your choice. Pile on the free sides such as onion, cilantro, salsa and guacamole. These greasy, messy stalwarts of the Mexican street food scene are hot and delicious – just don’t try to eat one while you’re walking. 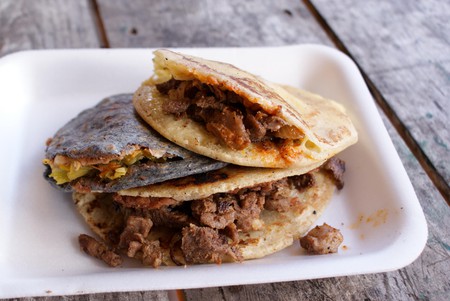 ‘Gorditas’ are delicious but messy, don’t try to eat one on the move | © Svetlana Bykova / Alamy

Another common Mexican street food is the tlacoyo – a blue corn dough tortilla traditionally filled with chicharrón (pork crackling), requesón (soft cheese) or a bean paste. Ingredients are stuffed into the center of the dough before being cooked. They’re then served with salsas, cheese and nopales (cactus) loaded on top. These are best when bought from street vendors who make them fresh on open-air griddles. 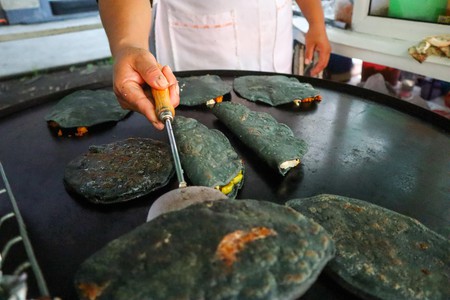 For the perfect ‘tlacoyo’, order from a street vendor using an open-air grill | © Xhico / Alamy

A classic of Mexican cuisine is the distinctive sauce known as mole. However, given there are seven different varieties of mole, it’s guaranteed there’ll be a flavor to suit everyone. The most recognizable flavor, though, is undoubtedly the brown chili-chocolate mole, which comes with seasoned rice and chicken topped with sesame seeds. Another excellent mole option is the yellow version, which features none of the chocolate but all of the spice. 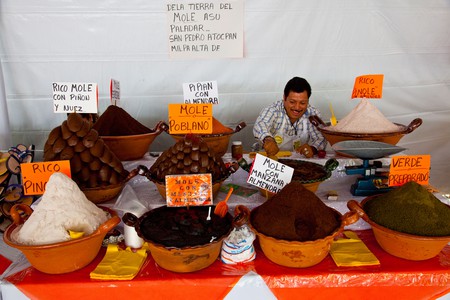 Mexico City’s variation on the traditional torta is the pambazo – and the bread is what makes all the difference. Pre-soaked in a guajillo chili sauce before being dried adds a fiery kick to every mouthful. However, the filling is just as impressive: chorizo, potatoes, crema and queso fresco come together to make a hearty sandwich that will keep you going as you explore the city. 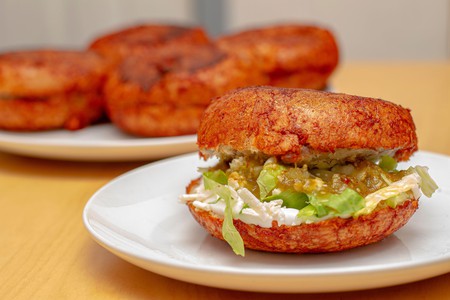 Patriotic and delicious just about sums up chiles en nogada. Featuring the red, white and green coloring of the Mexican flag, this meal is unsurprisingly popular around the time of Mexican Independence Day. Similar in concept to cheese-filled chiles rellenos, chiles en nogada are filled with picadillo (seasoned ground meat) before being topped with their distinctive, creamy walnut sauce and pomegranate seeds. 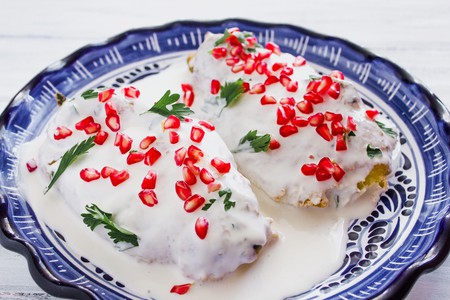 Trying camote is something no visitor to Mexico City should miss out on. Listen for the distinctive whistle of the vendor’s cart and camotes will be just round the corner. This sweet potato dish is served piping hot with condensed milk and strawberry jam. It’s one of Mexico’s oldest and sweetest street food traditions that you should indulge in at least once. 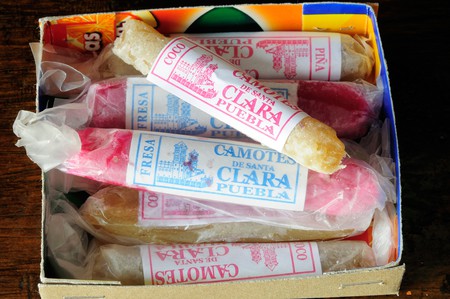