Traveling to Mexico? You May Want to Avoid This Bubbly Drink 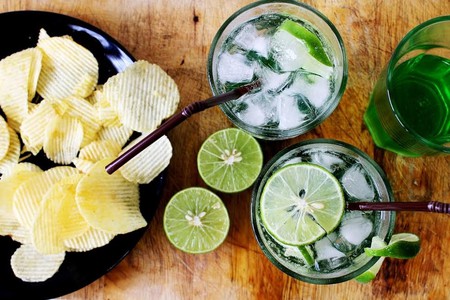 Mexican authorities have reportedly removed the soft drink 7Up from shelves after one person died and seven others were hospitalized.

The 7Up items, purchased in and around Mexicali Valley in Northern Mexico, were apparently laced with methamphetamines. Investigators are still trying to figure out how the products became contaminated and who may be to blame. Health officials warn people traveling to the area to be careful. Drinking the contaminated items can cause mouth irritation, vomiting, irregular heartbeat or, worse, death.

“It is important to check that the seal for any food and drink consumed is still intact and show no signs of tampering,” said Daniel Brooks, Banner Poison and Drug Information Center medical director, in a news release. “If you notice any difference in color, taste or smell, throw it out.”

This isn’t the first time Mexico has been in the spotlight for contaminated drinks. American health officials issued a warning to travelers visiting Mexico this past July after a young woman died from allegedly consuming “tainted” alcohol at a resort. An investigation found that numerous tourists reported falling ill after drinking at resorts in the area.

The current warning concerning Northern Mexico has left some in the lower portion of California near the Mexican border concerned about 7Up in their area. However, 7Up’s parent company says there’s nothing to worry about.

“None of the 7Up products sold in the U.S. are affected by the issue being reported in Mexico,” Chris Barnes, a spokesman for Dr Pepper Snapple Group, told AZ Central. “Dr Pepper Snapple owns and licenses the 7Up brand only in the U.S. and its territories. We do not market, sell or distribute the brand internationally.”