The Best Restaurants for Mexican Food in Mérida 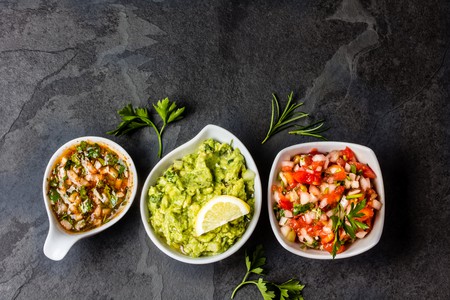 Yucatán cuisine is renowned, and at its best in Mérida | Shutterstock

During Mexican cuisine’s rise through the ranks of the world’s most popular, Unesco bestowed it with Intangible Cultural Heritage status. That’s largely thanks to the infusion of ancient flavors from the recipes of ancient Maya. As the capital of the historic Mayan region of Yucatán, it’s therefore no wonder that Mérida boasts a particularly rich gastronomic scene. Here, we’ve whittled down its many places to eat into this list of flavorsome favorites. 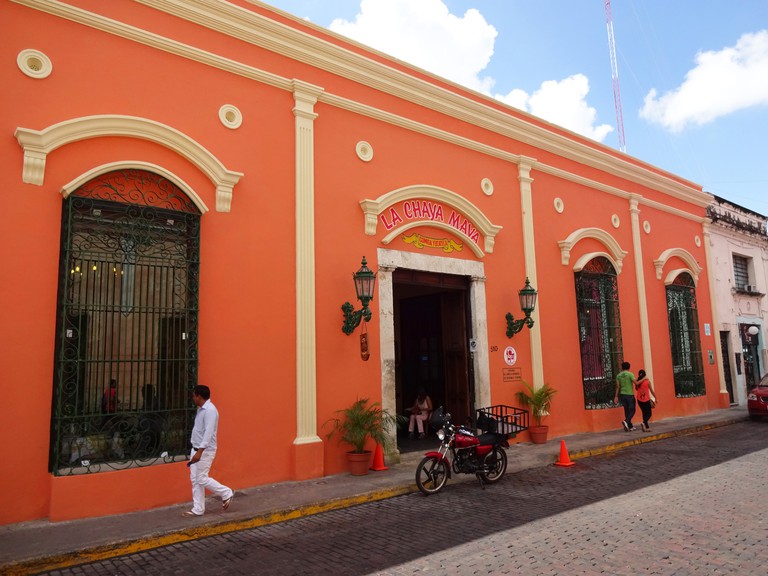 Merida, Mexico-October 10, 2015: This restaurant called La Chaya Maya was spotted in Merida Yucatan Mexico. It is considered one of the best restaurants in Merida with authentic Yucatecan food such as chicken, pork and turkey. Here people are walking by the restaurant on their way to work or to see a tourist attraction. A woman waits inside the doorway for a table. | © Coast-to-Coast / iStock Editorial / Getty Images Plus
There are now two branches of this local favorite in Mérida – and both register as go-to restaurants for authentic Mexican food. Named after the spinach-like leaf used in many of the region’s traditional dishes, one is set in a huge, airy building on Calle 55, while its more modest and modern counterpart is nearby on Calle 57. Expect Yucatec favorites, from the famous cochinita pibil (slow-cooked pulled pork) to the less-known tikin xic (marinated seafood wrapped in banana leaf).

Considered one of the top restaurants in Mérida, multiple award-winning Kuuk takes traditional Yucatec cooking and wraps it in a high-end gastronomic experience. It’s all about the tasting menu here, where cutting-edge culinary techniques are employed in dishes such as soursop with sea snail, and pibil rabbit with mezcal. It’s a world away from Mexican street food, but with flavors that capture its essence. You’ll find the restaurant at the top of swanky Paseo de Montejo – a cab hop from the center.

Restaurant, Mexican, $$$
Facebook
Email
Twitter
Pinterest
Copy link
Share
Several outposts of this local street food chain can be found around the city, but the closest to the center is along Calle 59. It’s an indoor-outdoor set-up, with classic tacos and tortas, and chicken and pork guisados (stews). A choice of home-made salsa helps spice things up, and rock-bottom prices mean you can keep going until you’re full – with barely a dent in your wallet.

A vibrant homage to Mexico’s most famous artist, this restaurant – which translates as Frida’s Broken Dishes – is a riot of color, extravagant decor and Kahlo artwork. Among the maximalist setting, choose from a menu that covers the spectrum of Mexican cooking, from moles to enchiladas and chilaquiles (the tortilla-based breakfast dish). Indeed, they serve a good brunch here, and the price-to-quality ratio is one of the best in the city.

Restaurant, Mexican
Facebook
Email
Twitter
Pinterest
Copy link
Share
Taquería de la Unión offers the best of Mexican street food, but serves it in the reassuring surrounding of a bright and modern restaurant. Tacos and tortas provide the base for a pork-centric selection of toppings from around the region, though there are a couple of vegan options, too. While delicious, the tacos aren’t huge, but the prices make it easy to order just one more…

Restaurant, Mexican
Facebook
Email
Twitter
Pinterest
Copy link
Share
Located on a pretty little plaza in central Mérida, Apoala scores high for its setting. The menu of Mexican cooking is also more than a cut above, with an impressive selection of flavorful options. The Oaxacan brothers behind the restaurant have drawn on their region’s outstanding gastronomy and fused it creatively with more local flavors. Unlike at many places, the presentation is exceptional, too, and their zingy mezcal sour is guaranteed to get your juices going.

Opened in 1972, this Yucatec restaurant is about as traditional as they come – both in atmosphere and cuisine. There’s little in the way of fancy flourishes or contemporary twists, just expertly cooked regional dishes bursting with authentic flavors and quality ingredients. Their rich and delicately spiced relleno negro (black turkey stew) comes highly recommended, and they also feature one of the longest dessert menus you’ll find in town, so save room. 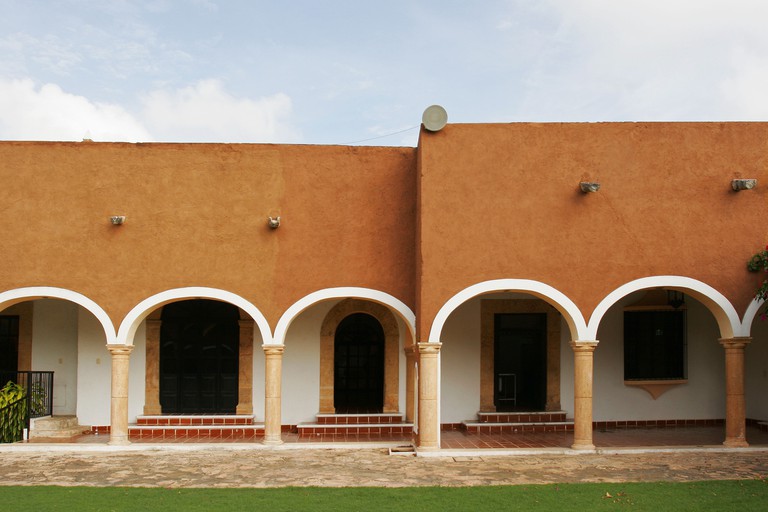 DER5JE Exterior of ´hacienda´, Teya. Yucatan, Mexico | © agefotostock / Alamy
If you fancy somewhere a little out of town that’s surrounded by, say, peacocks and deer, this traditional Mexican hacienda fits the bill. The country estate dates back to 1682 and was rescued from ruin almost 50 years ago. Regional classics such as queso fundido (melted cheese with chorizo), sopa de lima (chicken lime soup) and cochinita pibil are exemplary here; some say the best you’ll find anywhere. After your meal, work it all off with a stroll around the picturesque grounds.

Need somewhere to stay after all that food? Book your hotel in Mérida now through Culture Trip. For more to do when in the capital of the Yucatán peninsula, check out the best Mayan ruins nearby.

This article is an update of one originally by A.J. Samuels.