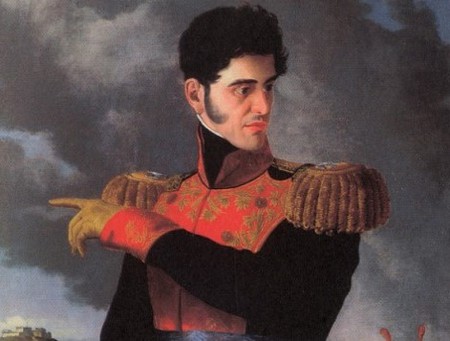 The self-styled “Napoleon of the West,” Antonio Lopez de Santa Anna, was an eccentric general and president who is still blamed in Mexico for his role in creating the current border line with the United States. Captured by a Texan militia in 1836, Santa Anna saved his own skin by signing over Mexico’s land rights to Texas. It was the beginning of a disastrous series of military failures that saw Mexico lose just over half its territory in the space of only 12 years.

Yet the General is also remembered for performing one of the most bizarre burials in history. After his left leg was struck by French cannon fire in 1838, the notorious military leader had his left leg amputated. Long before anesthetics, the general had to undergo a horrific operation and would use a prosthetic leg for the rest of his life.

Having suffered such pain, Santa Anna wasn’t about to pass up the opportunity for some positive publicity. Ever the narcissist, he arranged for the limb to be given an elaborate ceremonial burial that included cannon salutes, poetry and prayer.

Sadly for the president, news of his patriotic sacrifice had little effect on public opinion. Santa Anna was an incompetent and ruthless president who sparked widespread social unrest. In 1844, an angry mob dug up the limb and paraded it through the streets of Mexico City. 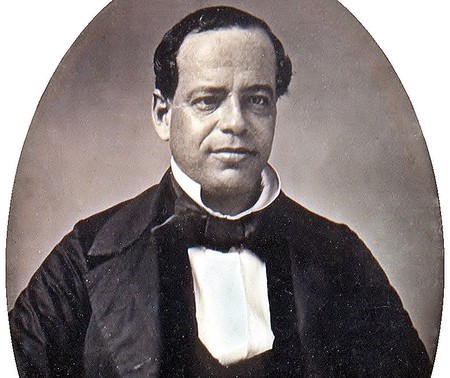 Santa Anna’s Leg and his legacy

The outlandish strongman would probably be proud of the fact that he is still causing debate and division today.

In 1847, his cork leg was captured by a United States infantry unit from Illinois. The prosthetic limb was taken back to Illinois with the troops, where it remains to this day. The leg is currently housed at the State Military Museum in Springfield. Last year, a museum in Texas petitioned the White House to have the leg moved there, arguing that Santa Anna had been a great enemy of their state.

Yet Illinois says the leg is staying put.

“We paid for that leg with Illinois blood,” Lt. Col. Brad Leighton, public affairs director of the Illinois Department of Military Affairs, told The State Journal-Register of Springfield. “It honors our soldiers; it honors their service… And that’s where it’s going to stay.” 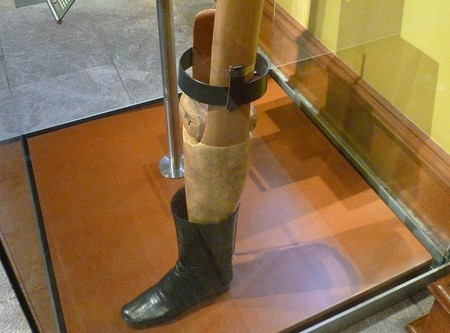 In Mexico, Santa Anna is an even more controversial figure. President Donald Trump’s rise to the presidency and his constant border wall talk has reminded Mexicans that their country used to own all of Texas, New Mexico, Arizona, Utah, California and Nevada as well as large parts of Colorado, Wyoming, Oklahoma and Kansas.

The bungling General blamed for losing this territory is even vilified by the Mexican rock band Molotov in their song Frijolero:

“If not for Santa Anna just to let you know, that where your feet are planted would be Mexico!” 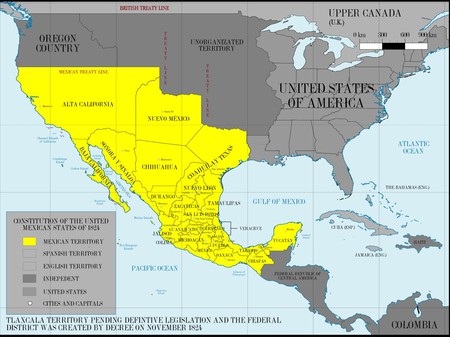 Mexico in 1824 | © WikiCommons
Give us feedback