El Chopo: Everything You Need to Know About Mexico's Most Alternative Marketplace 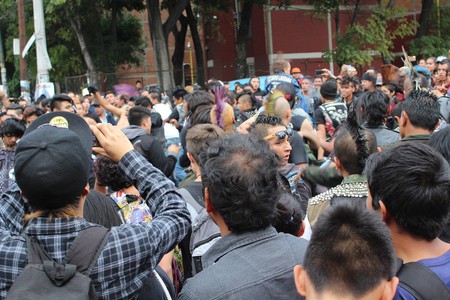 Every Saturday from 11 am to 5 pm, Mexico City’s counterculture is on full display. Punks, rockers, emos, metalheads, and stoners all make their way down to Aldama Street in Colonia Guerrero to buy, browse, and get rowdy at the Tianguis Cultural del Chopo flea market.

Since its birth in the 80s, the Chopo Tianguis weekend market has meant something a little different than most things do in the age of internet and smart phones. Its first vendors and customers were drawn to the market because of their shared interest in finding the latest and greatest music genres on vinyl and, later, on cassette tapes and CDs. 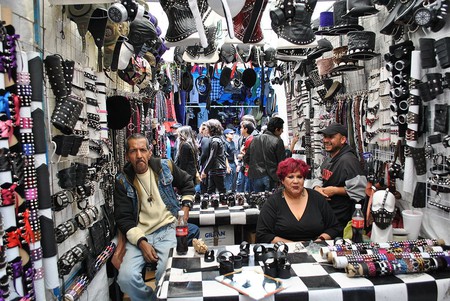 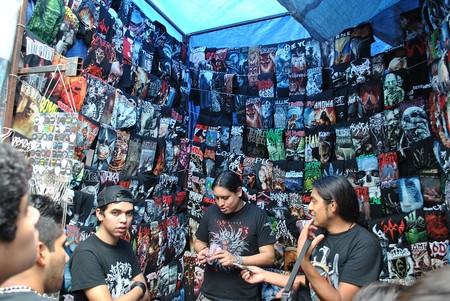 Though watching live music at this tianguis was once a common activity—musicians like Zoé, División Minúscula, El Tri, and Julieta Venegas played there—after quite a few hassles with neighbors, you’re likely to only find a few lonely buskers here and there. But have no fear! There are plenty of other things at Chopo Tianguis to entertain you, including people-watching, getting a tattoo, or getting dreads put in.

Though you shouldn’t be shocked by the open displays of drinking and smoking pot, do be careful if you aren’t a regular to the market. Police officers are usually around to patrol the area and every weekend, at least a few people are taken down to the police station for openly consuming drugs and alcohol. It’s best to duck into one of the tiny bars along the street if you want to have a few beers. 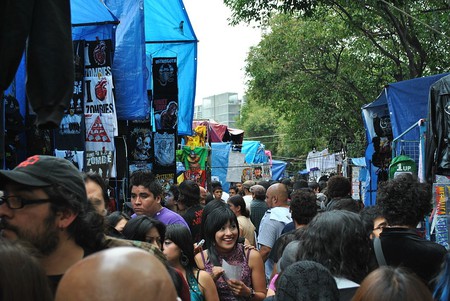 Located on Aldama Street in the Guerrero neighborhood between Sol and Luna streets, the Chopo Tianguis market operates from 11 am to 5 pm every Saturday. You can take the metro to Revolución Station or the Metrobús to Buenavista Station. If you plan to drive, there is parking on Aldama Street past Mosqueta Street (Eje 1 Norte), towards the Delegación Cuauhtémoc building.