Exploring the Traditions of Mexico's Day of the Dead 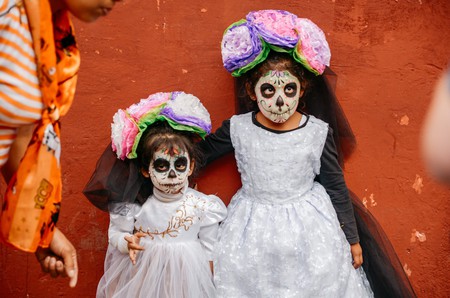 Day of the Dead, otherwise known as Día de los Muertos, is rather deceptively not a one-day, but a multi-day holiday celebrated annually in Mexico on the first two days of November. Principally a celebration of both life and death in which families commemorate their deceased loved ones, it finds its roots in Mesoamerican culture, although its popularity nowadays is widespread. Unsurprisingly, there are more than a few traditions and customs associated with this event. Here are the top ten.

The construction of altars is perhaps the principal custom of this longstanding celebration. Often decorated in vibrant oranges and purples before being piled high with ofrendas (offerings) such as candles, flowers and personal possessions, these altares (altars) are generally more private affairs that are built at home. However, in many communities such as Pátzcuaro, families construct them right at the graveside of the deceased, and nowadays are also prepared by most public buildings. The planning can often take months, but the results are admittedly spectacular. 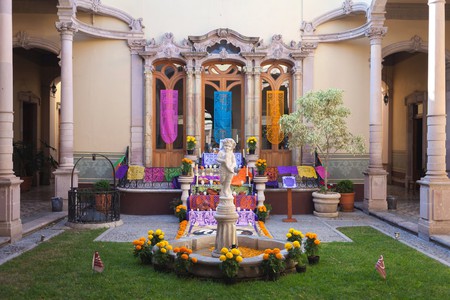 Making ofrendas (offerings) to the dead

This custom goes hand-in-hand with the construction of the emblematic altars, as families select a variety of ofrendas (offerings) which supposedly encourage the deceased to return home and hear the prayers of their loved ones. On November 1 (Día de los Inocentes), deceased children are offered toys and sweets, while November 2 sees ofrendas for deceased adults, such as alcohol, cigarettes and football shirts, as well as the more generic candles, Mexican cempasúchiles (marigolds) and pan de muerto (sweet bread). 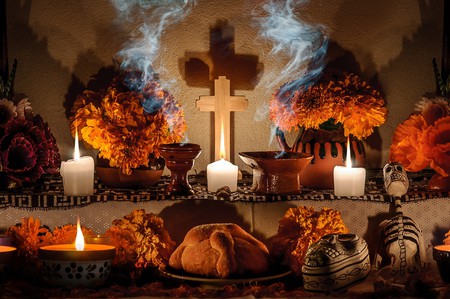 While this flower—the tongue-twister named cempasúchil, also known as flor de muerto—also falls under the category of an ofrenda, it’s well worth mentioning in its own right. Mexicans believe that this flower helps guide their loved one’s soul back to the world of the living, and given that it only flowers during the rainy season which precedes the Day of the Dead, it has now become heavily and primarily associated with the festivities. 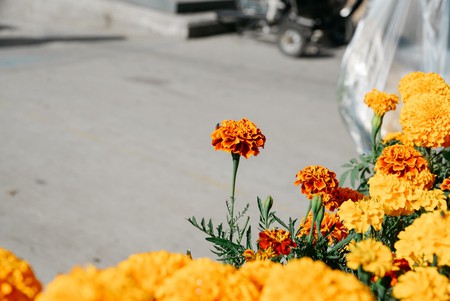 Creation or purchase of sugar skulls

The term ‘sugar skull’ actually comes from Day of the Dead festivities and is perhaps the most globally emblematic symbol of both the festivities and Mexico in general. Sugar skulls are either bought or made by families to add to their altar, and the name of the deceased is often written in icing on the forehead. In addition to the traditional sugar versions, you can also get chocolate and biscuit ‘sugar skulls’ during this period. 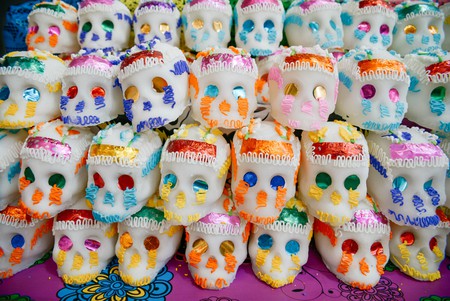 Although many opt to stay at home on the night of November 1 and the early hours of November 2, holding graveside vigils is still common in many Mexican communities and is most definitely one of this celebration’s most iconic rituals. One particular area in which this trend still thrives is Pátzcuaro, Michoacán; on November 2, residents (along with throngs of curious tourists) take boats colloquially known as mariposas (butterflies) to Isla de Janitzio, where they honor their dead in the island’s cemeteries. 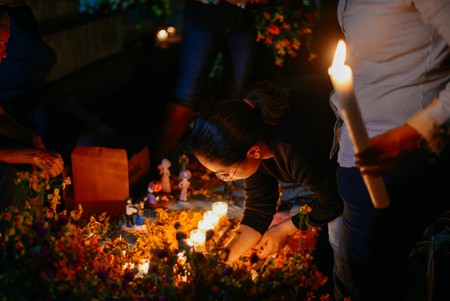 Another common tradition during the Day of the Dead period is the consumption of the so-called pan de muerto. Thankfully, this is not bread made of dead people, no matter what the name might lead you to think. It’s actually lightly orange-flavored sweet bread, which has ‘bonelike’ decorations atop it and a healthy coating of sugar. 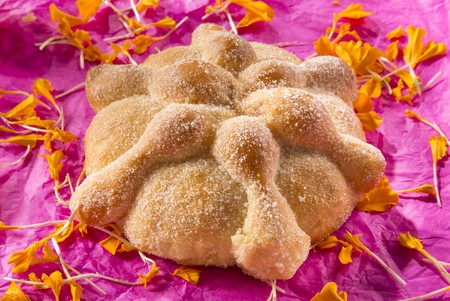 Even though not all families choose to honor their loved ones at the graveyard itself, the tradition of cleaning the grave is still respected by most. This task usually includes tidying the area surrounding the headstone, but being sure to leave behind the aforementioned cempasúchil flowers. A complete altar is often constructed there, too. Graveyards during the Day of the Dead celebrations, contrary to what you might expect, actually take on the atmosphere of (surprisingly festive) social gatherings. 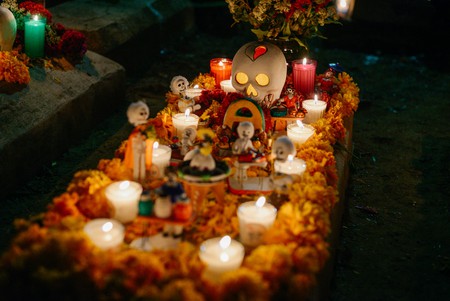 Calacas are clothed, decorated and colorful skeleton figurines that you’ve undoubtedly seen but never known the name for. Due to the association of sugar skulls and calacas (skeletons) with Mexico as a whole, many places will display such iconography all year round; however, during the Day of the Dead, calacas are wheeled out in force across the country. Dressed in long, sometimes regal and traditional Mexican dresses and styles, in Guadalajara they’re displayed down the central pathway of Avenida Chapultepec. 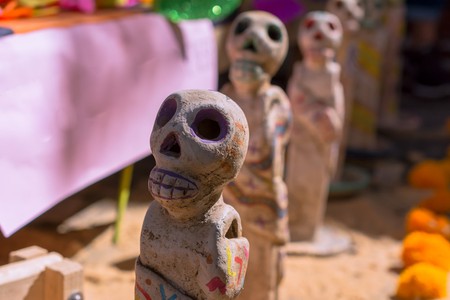 Taking part in the Catrina parade

Even though this custom more or less only applies to Mexico City—although other locations will probably hold their own, albeit less grand, version—it is worth a mention. Each year, hundreds of people dress up as Catrinas and descend on the zócalo to take part in the Catrina parade. Attendees paint their faces in the typical style of the Catrina skull, complete with colorful accents around the eyes and cheeks, and dress in outfits appropriate for the occasion.

Sharing stories of the dead

Finally, one of the most evocative customs that takes place during the Day of the Dead festivities is the sharing of amusing anecdotes and memories about the deceased. The penchant for telling funny tales ultimately comes from the notion that the deceased would rather not be remembered somberly, but cheerfully. This is a tradition often excluded from popular culture because of the highly intimate nature of it, but it is representative of a wider respect for oral traditions in Mexican culture. 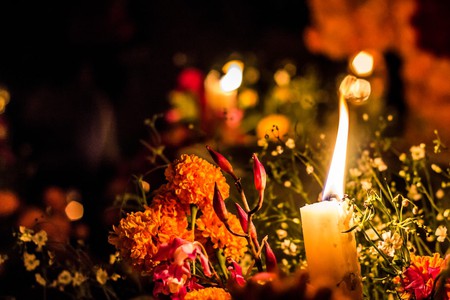