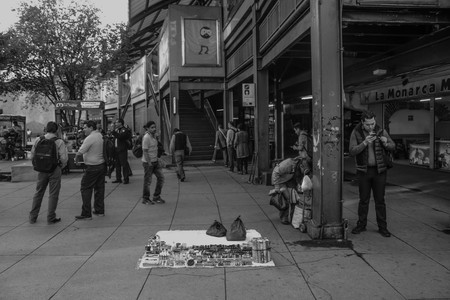 Mexico City’s Colonia Juárez has come back into fashion of late. As investors have begun to realize its potential as one of the capital’s up-and-coming neighborhoods, they’ve pumped money into quaint restaurants, quirky cafés and numerous watering holes, making it all a very attractive option away from the main tourist drag of Mexico City.

Colonia Juárez was once the jewel in Mexico City’s crown at the end of the Porfiriato period, overflowing with palatial, French-influenced mansion houses that were eventually turned into far more marketable office buildings as the years went by. However, the neighborhood suffered its worst hit in 1985 with the catastrophic earthquake that flattened much of Mexico City.

Up until the 21st century, the only part of the Juárez neighborhood that received any attention was the Zona Rosa area, known for being populated with gay bars and great nightlife and for sitting just above the popular Roma area of the capital. Yet this is changing, as developers are now spotting the potential of Colonia Juárez, pumping investment into improving its culinary, cultural and nightlife scenes and bringing back the once-grand reputation of this area of the city.

One of the most notable aspects of the newly up-and-coming Juárez neighborhood is the wealth of art galleries that are popping up along its quaint, tree-lined streets, dotted with new builds, crumbling façades and comida corrida joints. Among the galleries to visit in the Juárez contemporary art scene are Marso and Arredondo \ Arozarena, alongside perhaps the most artistic non-art gallery in the zone, Bucardón. Hailed as the hangout to frequent if you’re interested in the creative side of Colonia Juárez, whether that includes art or hip hop, it’s a must-visit.

Alongside art, Juárez also has some locations that are accomplished in providing a very different kind of entertainment, from cabaret to theater. If you’re into the performing arts then Teatro Milán is unmissable, hosting productions like Rent and other Spanish-language shows, whereas El 77 is ideal for those who like their productions a little less mainstream. Another standout venue for theatergoers in the area is El Milagro.

Anyone who’s visited Mexico will know that, although spice is a crucial ingredient in their cuisine, decent curries and Indian dining are hard to come by. That’s why the presence of the fantastic and underrated Tandor de Ali in Colonia Juárez is something of a find for Indian food lovers in the area. Here you’ll find everything from chicken tikka masalas to prawn vindaloos or salmon tikkas. Our mouth is watering just thinking about it. 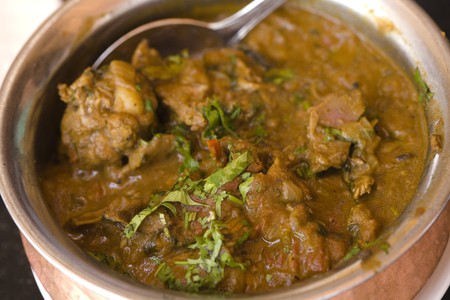 A stalwart of Colonia Juárez having first opened in 1952, Café La Habana is alleged to be the place where Che Guevara and Fidel Castro planned the Cuban Revolution and it’s definitely somewhere every history buff or literature fan should visit. It was even featured (loosely disguised as Café Quito) in Roberto Bolaños’ masterpiece The Savage Detectives. Nowadays, it’s not the kind of place you can imagine revolutionary acts taking place, instead being rather grand and generally on the pricier end of typical Mexico City cafés. 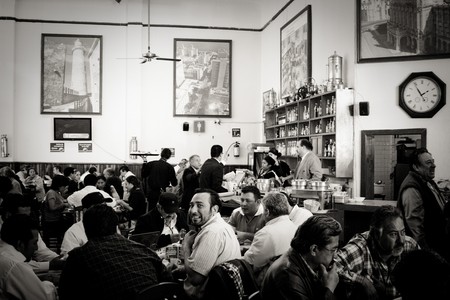 Named for the street on which it sits, Lucerna Comedor is both bar and restaurant, although if you’re looking for a sit-down meal then this is not the place to go. Decorated with vibrant pops of street art, Lucerna Comedor accurately reflects the shifting mood in the neighborhood, marking its switch from old fashioned to youthful and lively. Not as pricey as its nearby Roma counterparts, this impressive open-air spot is one destination that lives up to the hype.

For whatever reason, Colonia Juárez is positively full of speakeasies, some of which remain a little more secret than others but all of which retain the “let the good times flow” attitude of the original speakeasies. You can take your pick from Xaman, which has some great live DJ sets and a minimalist feel, or try your luck at Hanky Panky, the newest Mexico City speakeasy on the scene and the one with the most underground reputation and a rotating cocktail menu. Alternatively, Parker & Lenox is one speakeasy that stays true to the 20s’ theme with its Art Deco interior.

Glasses and lights, glances and lives.

This is another option for the history fans, as Salon Niza is one of the city’s most classic and established cantinas. Serving up both food and drinks, it retains the air of 20s Mexico City while still managing to compete with the fresher faces on the neighborhood’s nightlife scene, like the quirky El Scary Witches. Excellent if you want a laidback insight into the traditional Mexican drinking scene.

As with most capitals, Mexico City is now awash with all manner of cocktail bars putting their unique twist on the trend. But one bar was doing that before everyone else: Bar Milan. Here you can find the same great atmosphere that has pervaded the place since it opened its doors in 1992, as well as a whole host of fantastic cocktails that will have you wondering why you didn’t visit sooner.