Best Things to Do on Isla Espíritu Santo, Mexico 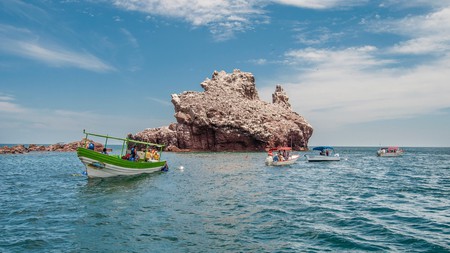 Things could have panned out very differently for Isla Espíritu Santo in Mexico. Developers were poised to move in the 90s, but conservationists stepped in, it was declared a Unesco Biosphere Reserve, and its future as a pristine wildlife haven was secured. Part of a small archipelago that includes its equally striking twin Isla Partida, the rugged volcanic landscape and cactus-covered crags remain a sanctuary for an incredible array of creatures. Here, we reveal the best things to do while on the island.

Navigate your way to Isla Espíritu Santo in Mexico by renting a boat through Dream Yacht Charter.

Snorkel with the sea lions

The tiny islet of Los Islotes, just off the north tip of Isla Partida, is home to a colony of around 400 sea lions and the hands-down highlight of the islands. Most will be basking and barking on the rocks, but enter the sea donned with snorkel and mask and you’re treated to the magical sights of them diving and frolicking around in the water. They’re very playful, curious, and completely accustomed to the humans who regularly come to visit – some can even feel a little too familiar. 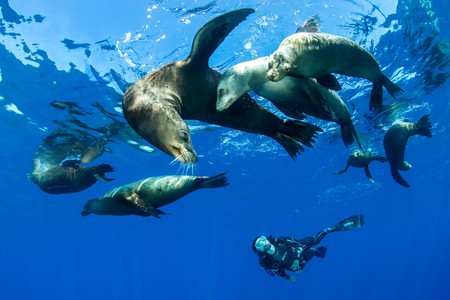 While there are several incredible beaches dotted around the islands, this one is considered among the most beautiful in the world. Located on the west side of Isla Partida, Playa de Ensenada Grande is indeed an absolute stunner. A dreamy stretch of powdery sand ringed by striking rock formations and overlooking impossibly blue water all combine for a dreamlike scene. 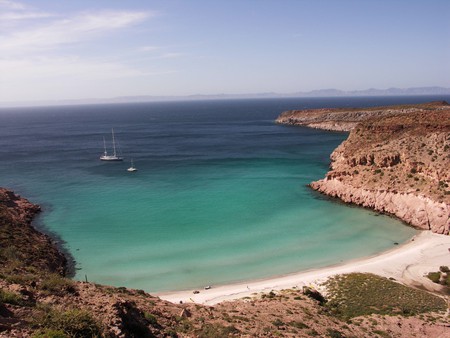 Circle the island on a sea kayak

There’s no better way to explore all the wonderful finger-like coves, wildlife-filled islets, and dramatic coastal scenery than from the comfort of a sea kayak. Join an organized sea kayaking tour, half-day or multi-day trips available. One of the most adventurous is a circumnavigation of the island with camping included. With calm and relatively warm waters for most of the year, plus an abundance of unspoiled natural beauty, it really is sea kayaking heaven. 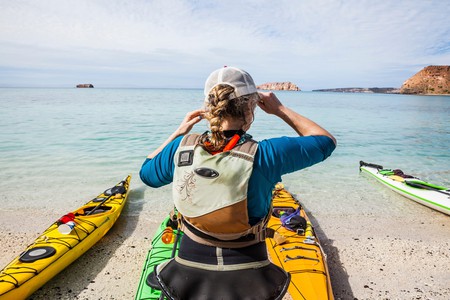 Jacques Cousteau famously described the Sea of Cortez as “the world’s aquarium”, and you’ll see why when you descend below the surface and witness the spectacular abundance and diversity of sea life here. These islands in particular are home to stunning coral reefs, which attract dazzling technicolor fish, as well as graceful manta rays and – of course – sharks, from hammerheads to colossal whale sharks. The small islet, Isla Bellena, also offers some excellent cave diving opportunities if you’re feeling brave. 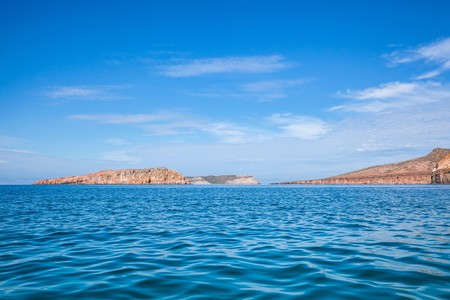 These islands aren’t just about the surrounding sea, but explore inland and you’ll discover another world amongst its eerily arid landscape. Despite their barren appearance, the islands are home to 32 species of reptiles, bats, ground squirrels, wild goats, ring-tailed cats, and the only black jackrabbit population in the world. There are no roads, but you can find various hiking trails crisscrossing the rolling volcanic scenery. You can also discover ancient sites with archaeological remains of the Pericu natives who used to live and fish here. 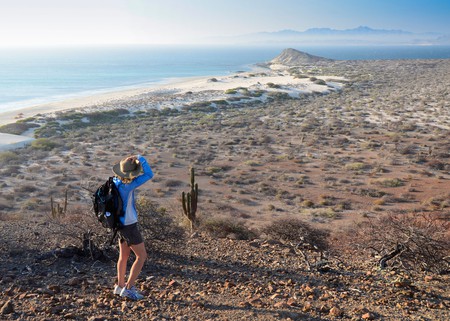 While permanent structures are not allowed on the island, you can still spend the night here if you’re not averse to camping. It doesn’t necessarily mean roughing it, either, with glamping options like fabulous Camp Cecil de la Isla. Their eight fancy tents sit right on the sand on a tiny beach only accessible by boat. It’s all super-eco with solar power and composting toilets, while dinner is ​​freshly caught flame-grilled fish. The daily dusk cocktail hour also adds to the magic. 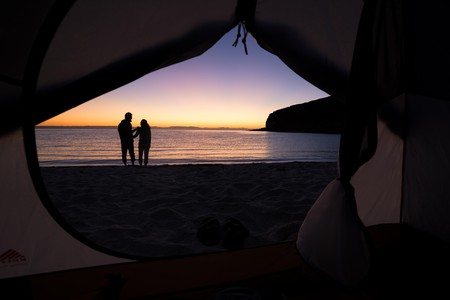 With almost a hundred bird species found on the islands, they are a veritable twitchers paradise. Hire a guide and they can navigate you towards such ornithological treasures as Blue-footed Booby rookeries, nesting turkey vultures, and a wealth of other birdlife that inhabit the craggy cliffs and local mangroves. At sunset, bird-fanciers are treated to the spectacle of numerous seabirds such as Brown Pelicans, Herring Gulls, and Snowy Plovers diving into the water to pluck out their evening meal. 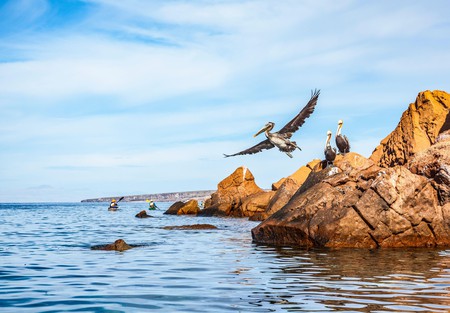 How to get there from La Paz

The only way to get to Isla Espíritu Santo is by boat, and most travelers opt for a day trip to the island with an authorized operator. From La Paz marina the 45-60 minute crossing usually involves a small panga (fishing boat), though fancier yacht charters are also available.

Explore the best parts of Isla Espíritu Santo by hiring a boat through Dream Yacht Charter.