Awesome Things You Never Knew About the Yucatán Peninsula 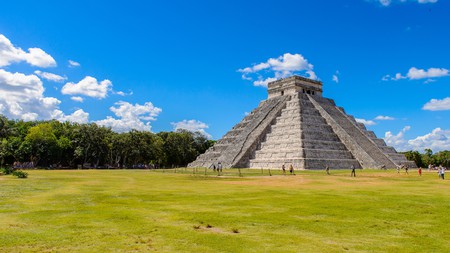 The majority of Mexico’s Mayan ruins, like the magnificent Chichén Itzá, can be found on the Yucatán Peninsula | © Anton Ivanov / Alamy

The Yucatán Peninsula in Mexico has always had a unique atmosphere – a geographical remoteness from the capital (or any other major metropolis) saw to that. And while you may know that it’s home to Chichén Itzá, Cancun and lashings of Mayan culture, there are plenty of awesome things you probably don’t know about the Yucatán Peninsula. Here are some cool facts about this magical destination to get you up to speed.

For an exclusive view of the region, you can now book Culture Trip’s nine-day Yucatán Peninsula tour with stunning beaches, beautiful natural scenery and historic ruins.

An asteroid struck the peninsula more than 65m years ago 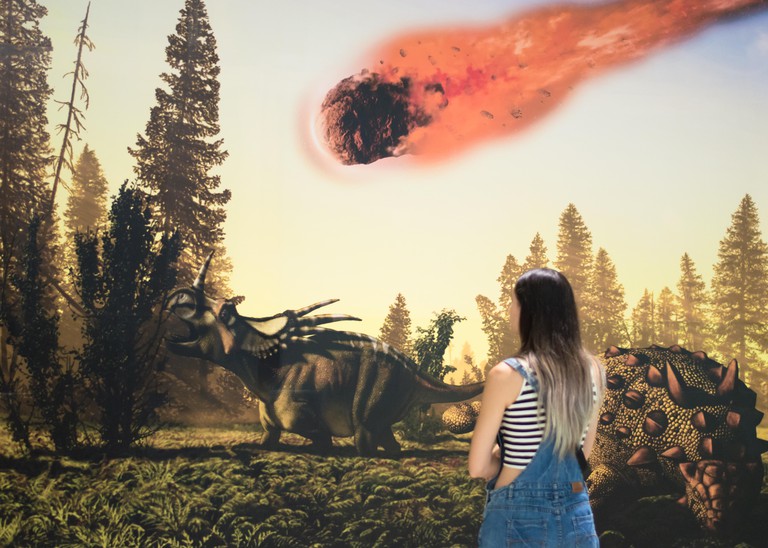 The Yucatán Peninsula is the site of the Chicxulub crater, which was formed by an asteroid about 6mi to 9mi (10km to 15km) in diameter. The impact, which occurred around 65m years ago, caused worldwide climate problems and may have triggered the extinction of the dinosaurs.

The states of Yucatán, Campeche and Quintana Roo are all found in the peninsula. Northern sections of neighboring Belize and Guatemala also form part of the expanse. 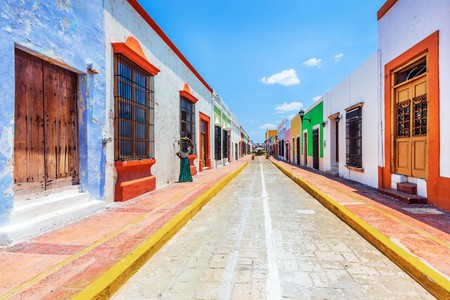 The word Yucatán may be the result of a misunderstanding

The origins of the word Yucatán are a subject of debate. According to Spanish conquistador Hernán Cortés, a Spanish explorer had asked a native what the area was called. Apparently, he responded, “Uma’anaatik ka t’ann,” which in Mayan means “I do not understand you”. Misunderstanding his response, the Spanish named the area Yucatán.

The peninsula has the oldest church in mainland America 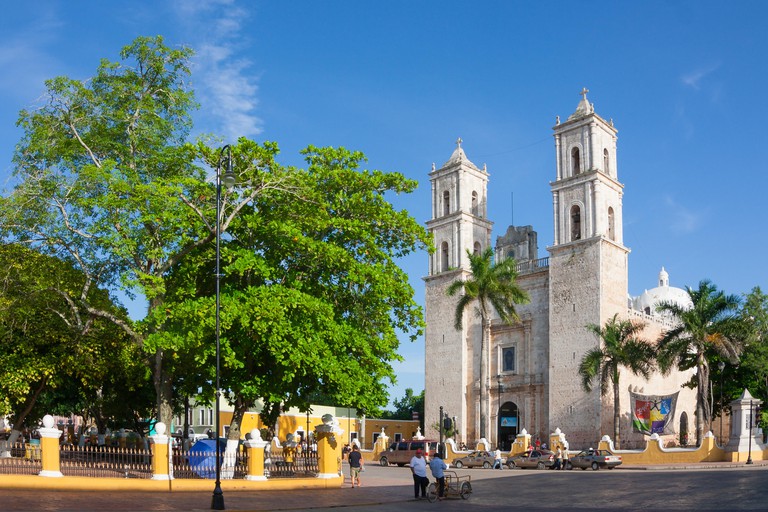 It has been an independent republic on two separate occasions

The first Republic of Yucatán was formed in 1823 but rejoined the Mexican federation just seven months later. The second republic began in 1841 and remained independent for seven years, before finally reuniting with Mexico.

The peninsula is famed for songs of brokenhearted love

The Yucatán is famed for troubadour music, or trova, which has roots in Cuban and Colombian rhythms. La Peregrina (The Pilgrim) is one of the most popular trova songs. Written by Ricardo Palmerín in 1923, the haunting song was commissioned by the Governor of Yucatán, Felipe Carrillo, for his fiancée, the American journalist Alma Reed. Tragically, the romance was ill-fated. Carrillo was shot dead by a rebel army while Reed was in San Francisco preparing for their wedding. 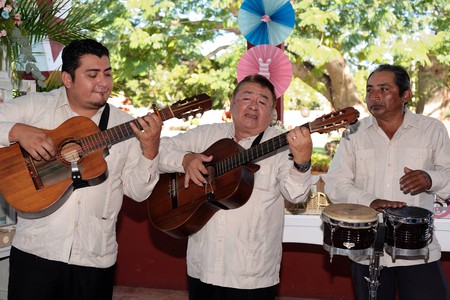 The peninsula contains the majority of the Mexican Mayan ruins 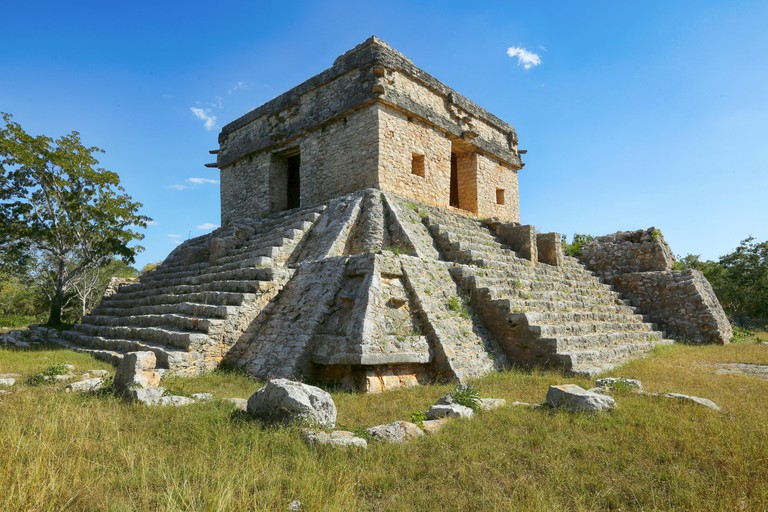 There are hundreds of Mayan archaeological ruins in Mexico, and the majority are found in the Yucatán Peninsula. Many of these impressive sites have somehow managed to stay (relatively) off the tourist radar, including the spectacular ruins of Dzibilchaltún, Uxmal and Cobá. 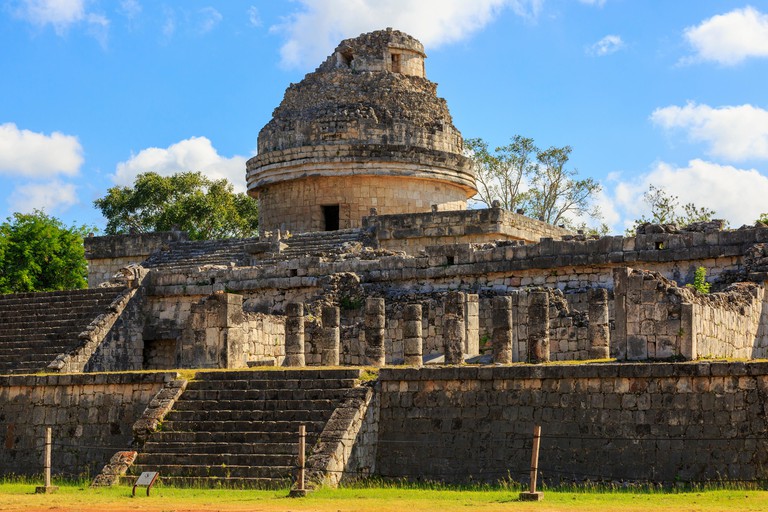 The only Mayan site that is listed as one of the New Seven Wonders of the World, Chichén Itzá is an incredibly well-preserved Mayan center that was once a major spiritual and economic hub. A grand stepped pyramid dominates the complex, and there are temples and Mayan ball courts.

The Yucatán is home to the longest pier in the world

The town of Puerto Progreso, in the northern portion of the Yucatán Peninsula, has the longest pier in the world. Originally just 2km (1.2mi) long, Progreso Pier now stretches more than 7km (4mi) into the Gulf of Mexico, acting as a disembarkation point for cargo and passenger ships.

Yucatán Peninsula has the largest number of cenotes in the world

A network of subterranean rivers has created incredible caves and underwater sinkholes called cenotes. Formed when limestone is eroded over hundreds of years, cenotes are a popular place to swim, snorkel or dive. 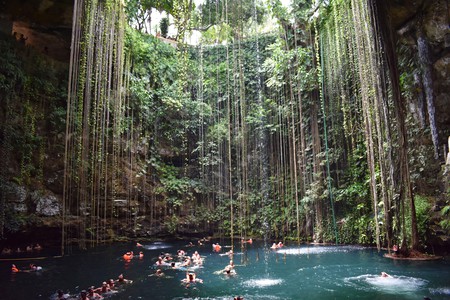 The Yucatán is the top producer of super-spicy chili peppers

Habanero chili peppers are native to the Yucatán Peninsula and are one of the most popular regional exports. The habanero is classed as very hot and rated 100,000 to 350,000 on the Scoville scale. 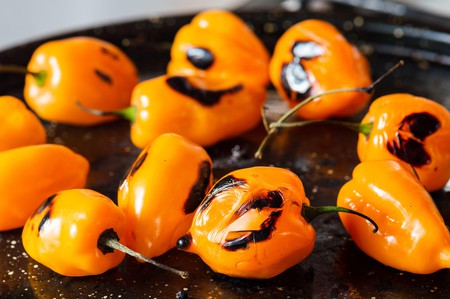 Check out some of the coolest places to stay while you’re in the Yucatán.