An Introduction To Diego Rivera In 10 Artworks 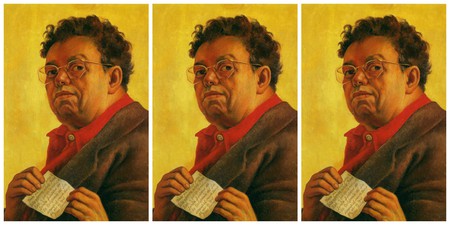 Diego Rivera is one of Mexico’s most famed artists, known most prominently for his enormous contribution to Mexican muralism. However, he was also a painter, influenced by both cubism and surrealism at the start of his career, before beginning his trajectory towards the mural master that we remember him for being nowadays. With that in mind, here’s a chronological introduction to Diego Rivera in 10 artworks.

Considered Rivera’s first major masterpiece, Zapatista Landscape (The Guerrilla) is a key piece to consider if you want an introduction to this Mexican artist. The cubist influences are clear to see, as are the political interests that will later come to dominate and in many ways define Rivera’s career. There are also many Mexican elements incorporated, from a rifle to a serape, a sombrero to the backdrop of the mountains, helping the piece capture a national mood. 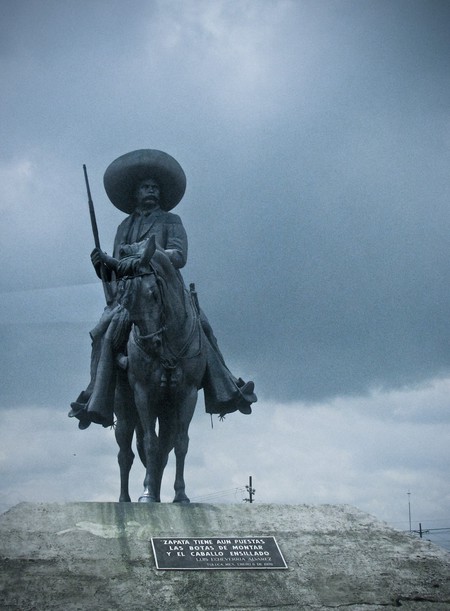 A second cubist piece, painted a year after the aforementioned Zapatista Landscape, Motherhood is a modern take on the Madonna and child. This version, however, is actually a painting of Rivera’s wife at the time – Angelina Beloff – and their newborn child, who was to die soon after birth. His joy at the birth of a child is clear to see through the rejection of a typically monochrome cubist colour scheme, and use of vibrant hues instead. 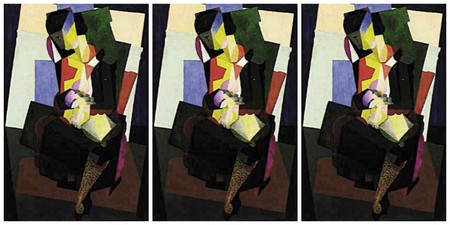 Now we move into the realm for which Rivera is best known; muralism. History of Mexico took six years to complete but the overwhelming skill that went into it is clear to see. Located in the Palacio Nacional, Mexico City, the vast, awe-inspiring piece depicts (obviously) Mexican history. If you want a unique history lesson, this is the Rivera piece to check out, and there are even future predictions on the south wall. From the Aztec culture to the Spanish conquest, nothing is sugar-coated in this masterpiece. 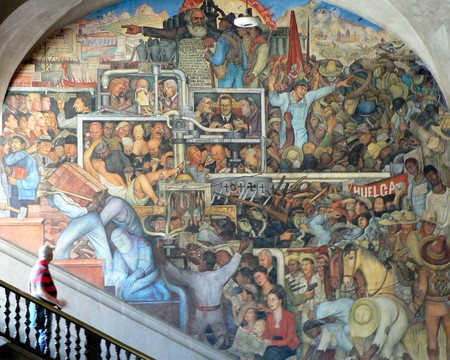 Emiliano Zapata, one of the leading figures of the Mexican Revolution, is the star of the show in Rivera’s 1932 fresco titled Agrarian Leader Zapata. Portraying the Zapata-led triumph of the working man over the wealthy landowner, this artwork shows him riding a horse, towering over the dead body of one of the aforementioned landowners. This piece is particularly important as it was the lead artwork in the MoMA, New York’s second ever monographic exhibition in 1931-2. 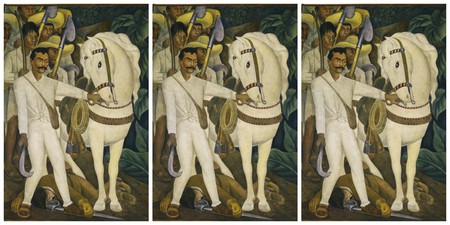 Rivera’s run of popularity and success in the US rolled on in the early 1930s as he was commissioned to paint the Detroit Industry series of frescoes in the Detroit Institute of Art, Michigan. This collection is the one Rivera himself allegedly considered his greatest achievement. Composed of 27 separate images, the series focuses on Ford workers at the River Rouge Plant, and hones in on Rivera’s preoccupation with the working man. 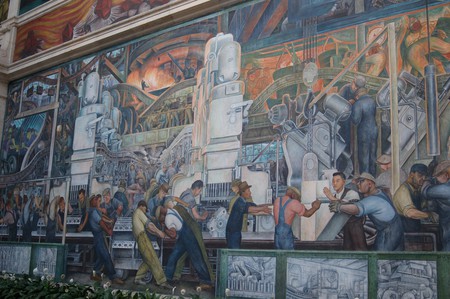 An iconic image, you’ve more than likely seen this 1934 piece already. While it was originally intended to take up residence in the Rockefeller Center, New York City, the project was halted after Rivera included the image of famed Communist, Lenin. After refusing to remove this crucial piece of the mural puzzle, he was recommissioned to paint Man at the Crossroads in the Palacio de Bellas Artes in Mexico City. This piece is technically titled Man, Controller of the Universe, however it often goes by both names. 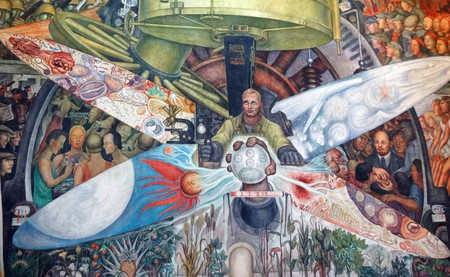 Man as the Crossroads | © Mandy/Flickr

Swimming in the sea of Rivera murals is this lovely portrait titled Dancer Resting. Notable for its social realism, as well as its excellent execution, deceptively simple yet intriguing subject matter, and demonstration that Rivera did in fact also paint portraits, Dancer Resting is incredibly striking. It is, however, a comparatively lesser known Rivera piece. This can be seen at the Dolores Olmedo Museum in Mexico City. 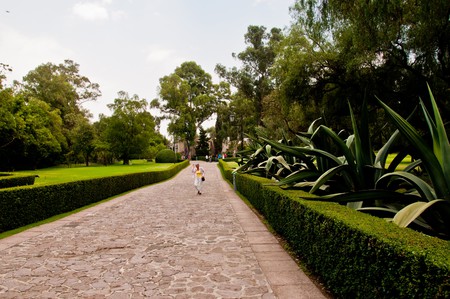 Notable for its focus on, once again, the common man, El Vendedor de Alcatraces is a representation of one of Rivera’s favoured subject matters. It is also worthy of including in an introduction to this famed artist because it parallels and reflects so many of his other paintings which also feature flower vendors and sellers. Dominated by the vibrancy of the flowers, the seller is hunched, pressed into the ground and unable to appreciate their beauty. His political and social leanings are clear to see here.

Self Portrait Dedicated to Irene Rich (1941)

No introduction to an artist would be complete without an example of self-portraiture; that is, after all, the clearest reflection of how they see themselves. Rivera’s portrait features him from a side on position, but staring straight out at the observer, and holding in his hand a note to whom the portrait is dedicated. It says that he painted this image for the beautiful and famous artist Irene Rich in Santa Barbara, California.

Finally, another sprawling Rivera masterpiece wraps up our introduction to this Mexican artist. Titled La Gran Tenochtitlan, it is a depiction of the ancient Aztec city which was once situated on what is now the modern day Mexican capital. The people are the foregrounded focus here, with the sprawling city stretching out into the background and beyond. Managing to eloquently convey the sense of nobility in the culture, this is definitely an iconic example of his work. 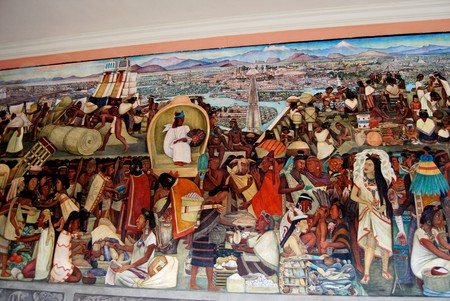