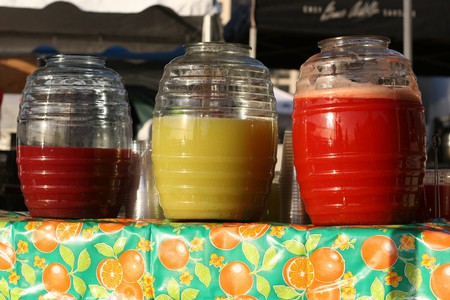 Aguas frescas are ubiquitous on the streets of Mexico City and an ideal way to beat the heat during the summer. Literally translated as “fresh waters,” they’re typically made from a blend of fresh fruit, plus water and optional sugar.

Agua fresca vendors are instantly recognizable due to their distinctive carts, which bear either huge plastic containers holding pre-made juices or fresh fruit ready to be juiced on site. The popularity of the beverage has also given rise to chains such as Michoacana, an agua fresca shop that can be found in almost any Mexican town.

Aguas frescas are a budget-friendly alternative to excessively sugary bottled drinks, and they are generally available in two sizes, chica or grande. Some vendors, however, sell them only por litro, or by the liter. Ask for no ice if you want to get the most for your money, though even a liter of these addictive concoctions will generally set you back only MXN$20. 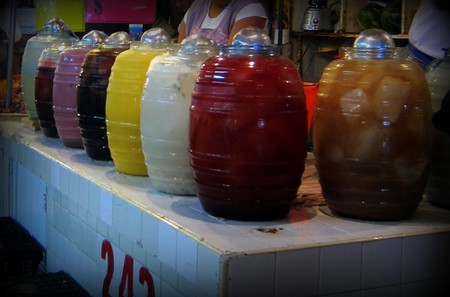 Not all aguas frescas feature fruit. Two of the most popular, which you can order from nearly any taco stand, restaurant, or bar, are horchata and Jamaica. Horchata, popular in the United States and recognizable due to the catchy Vampire Weekend song of the same name, is actually rice water flavored with cinnamon sticks and cooled to make an enjoyably refreshing and sweet drink.

Jamaica, on the other hand, is made by boiling flor de Jamaica (hibiscus flowers) with a generous helping of sugar and water before chilling and serving. 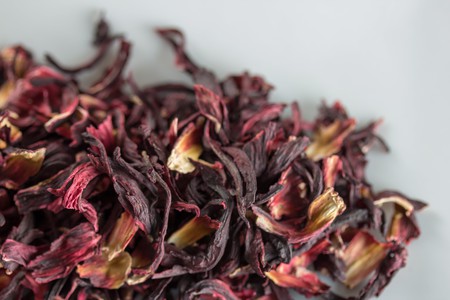 Another favorite is the lesser-known cebada, an agua fresca made from barley. This creamy alternative to the light, fruity agua is especially refreshing. Finally, if you’re keen to explore the full range of aguas, the regional agua de tuba is not to be missed. This deliciously thirst-quenching agua is found on the coast of Jalisco and is especially common in Puerto Vallarta. Often served with nuts and diced apple, this agua is sold by vendors who dispense it from the tubas for which it’s named.