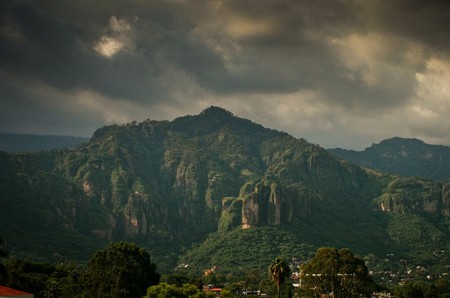 The mysterious pre-Hispanic village of Tepoztlan in central Mexico has long had a reputation as a center for mysticism and spirituality. According to legend, the town is the birthplace of the Aztec god Quetzalcoatl. Visitors flock to the village throughout the year for meditation, yoga, and psychedelic drug retreats. Tepoztlan’s streets are lined with shops selling crystals, New Age books, and incense, but its most spiritually healing aspect has to be its stunning natural setting.

Undoubtedly the main attraction in the town is the pyramid of Tepozteco, which stands on a mountain 1,300 feet (400 meters) above town. At the summit is a shrine dedicated to Tepoztecatl, the god of fertility and of pulque, the frothy white ancestor to tequila. The shrine used to draw pilgrims from as far away as Guatemala. In the 15th century, Spanish missionaries destroyed the shrine, leaving only the ruins of the pyramid behind.

The view from the summit across the valley below is truly spectacular and is well worth the exhausting hike up the steep stone trail. You can also enjoy the sight of groups of frantically chirping coati (members of the raccoon family) running around the ruins and wrestling for scraps of food. 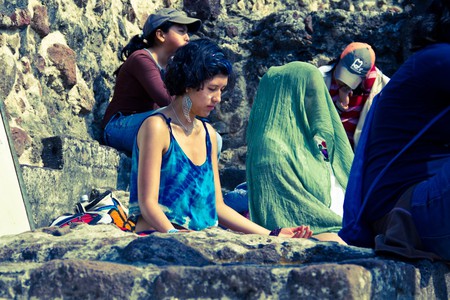 With its cobbled streets and brightly colored buildings, the town of Tepoztlan has retained its traditional look. This is in part because chain stores are not allowed in the area, with the nearest Starbucks and KFC located more than 12 miles (20 kilometers) away.

Tepoztlan has a fascinating open-air market that is open daily, but is at its liveliest on Wednesdays and Sundays. The market is a great place to pick up local handicrafts, including ceramics, yarn, clothing, and jewelry. However, the real highlight is the food. Pre-Hispanic dishes such as tlacoyo, a thick tortilla stuffed with beans, are particularly popular. Keep an eye out for El Tlecuil, one of the very few vegan stands you’ll find in a traditional Mexican market.

East of the central plaza is a former monastery built by Dominican friars in the 16th century. The building has an elegant central courtyard and upstairs are several rooms that have been turned into a bookstore and a small museum.

The strength of indigenous tradition in the region is evident, even in this Christian monastery. The arched entrance is decorated with a seed mural that depicts pre-Hispanic life in the town. The mural is updated annually during the first week of September, when local artists work together on a new one. 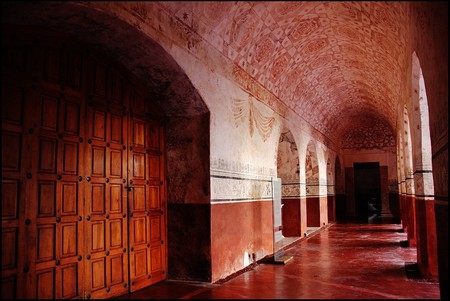 A 20-minute bus or taxi ride from Tepoztlan’s central plaza is the community of Amatlan de Quetzalcóatl. According to Aztec legend, this is the precise birthplace of Quetzalcóatl, the feathered serpent deity. The region surrounding Tepoztlan contains numerous spa hotels, but Hostal de la Luz, situated high in the mountains of Amatlan, may be the most dramatic. Named by the Dalai Lama as a place of world peace on his visit to Mexico in 2006, the hotel has a strong focus on relaxation and spiritual renewal.