A Brief History Of Teotihuacán, Mexico

The ruins of Mesoamerican city Teotihuacán are now one of Mexico’s biggest draws, with an estimated two million annual visitors, and a prestigious UNESCO World Heritage Site status. The main focal points of the site itself are the two pyramids, as well as the central Avenue of the Dead walkway. Here’s our brief history of one of the city’s most emblematic and culturally impactful archaeological attractions, even though it is actually located in the modern-day State of Mexico.

Supposedly more or less established by 100AD, this pre-Hispanic city was once the largest in the Americas and home to around 125,000 inhabitants at its peak in around 450AD. As well as holding anthropological significance due to the presence of residential zones, it also functioned as a religious centre. This is evident in its very name; Teotihuacán roughly means ‘place where gods were born’, and was also believed to be the location where the universe was created. However, this Nahuatl-language title was only bestowed on the site in the 6th century. Prior to that, evidence suggests it was called ‘place of the reeds’, or Puh. 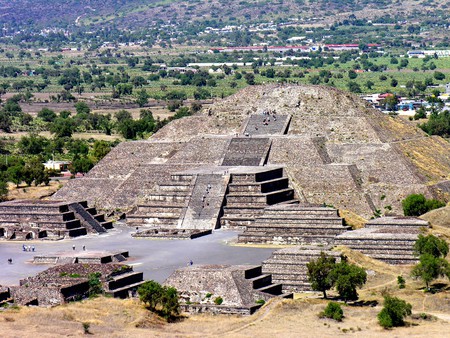 Pyramid of the Moon | © Dennis Jarvis/Flickr

There still exists much debate over who the native people of the site were; suggestions range from Nahuas, Otomis or Totomecs, to the more inclusive proposition that it was simply multi-ethnic. A common misconception though is that Teotihuacán is an Aztec site, despite it already being in ruins before the commencement of the Aztec period. Teotihuacán’s downfall began around the 6th century, as environmental issues spiked a rise in early deaths. These problems came to a head in the 7th century, when many of the buildings associated with the ruling classes were methodically burned and ransacked, perhaps due to internal unrest. 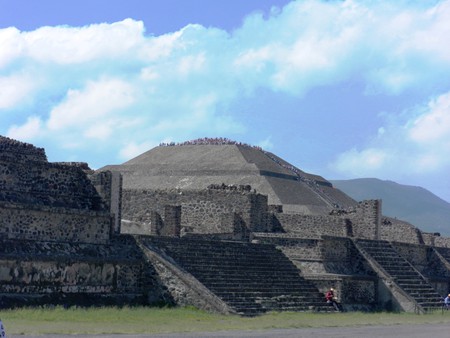 An interesting quirk of Teotihuacán is the presence of the talud-tablero architectural style, which interestingly enough finds its origins in the Preclassic period (at sites like Tikal, Guatemala), although is also prominent in Mayan architecture. This historic city also established the Mexican penchant for extraordinary muralism early on, with several well-preserved examples being on display there. As well as muralism, the Mesoamerican city was also a thriving industrial hub – obsidian was a particularly prominent material of choice, but the creation of pottery and jewellery was also notable. Yet crafting wasn’t the only thing concerning the city’s Mesoamerican residents, as plenty of archaeological evidence points towards the fact that human and animal sacrifices were carried out here too. 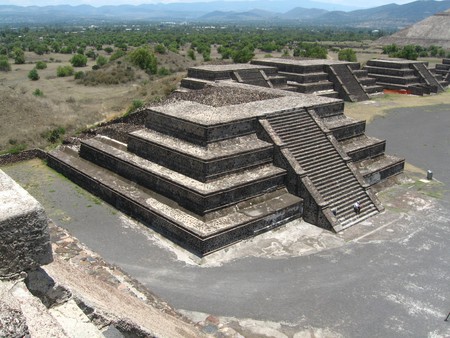 Despite stories of human sacrifice, it still remains one of the most visually breathtaking archaeological sites in the country; you stroll down the Avenue of the Dead (Miccoatli), which is bordered by the Pyramid of the Sun (whose interior has never been entirely explored), as well as several ceremonial platforms and the Templo de Quetzalcoatl, before reaching the Pyramid of the Moon. Discovery never ends at Teotihuacán though, as the latter pyramid is currently undergoing further excavations due to a 2014 discovery of some huge subterranean tunnels. 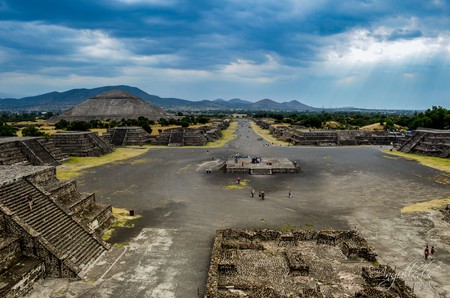 View of the Avenue of the Dead from the Pyramid of the Moon, Teotihuacán | © Anyul Rivas/Flickr