9 Mexican Bands That Rocked the World 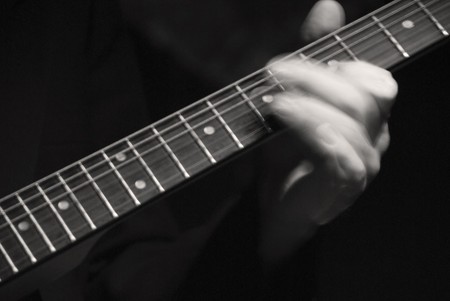 Music is vital to understanding the culture of Mexico and its rockers are just as important as other famous genres of Mexican music such as mariachi, son jarocho and norteño. If you want to know more about the important history of rock in one of Latin America’s biggest countries, we’ve got you covered. Here is a primer on who’s who.

Quite possibly Mexico’s most famous alternative rock band, the group took their name from a famous cafe in Mexico City’s Centro Historico. Led by gutarist and vocalist Rubén Isaac Albarrán Ortega, they started out in 1989 and were influenced by bands such as The Cure and Def Leppard, but also incorporate elements of classic Mexican musical styles, as well as tropical rhythms and funk-folk.

A mix of heavy guitar, rap, and mosh pit-worthy rhythms, Molotov was started by Tito Fuentes (guitar) and Micky “Chicho” Huidobro (bass) in Mexico City in the mid-nineties. The band is reminiscent of Beastie Boys and Rage Against the Machine and was probably the first rap band to be taken seriously in Mexico. They have been accused of being homophobic, a label that many of their fans dispute, and are known for their socially-critical and incendiary lyrics.

Named by Rolling Stone as one of the most influential guitarists of all time, Santana made waves in the ’60s by fusing Latin sounds with classic rock. He’s won over a dozen Grammys and is one of Mexico’s most famous musical exports, having played around the world to adoring fans and packed auditoriums. Santana has collaborated with artists from around the globe and at 70 years old is still rockin’ it out.

Lead man Saul Hernandez has imbued the ’80s rock band Caifanes with a singular sound and lyrical profile, making them one of the most important rock bands to come out of Mexico. A mix of British new wave, prog rock and Latin beats, the band are also known for social and political commentary about their home country.

While considered the ultimate in ’80s and ’90s cheese by many, a list of famous Mexican musicians could not be complete without including the boys that formed Maná: Fher Olvera and his unmistakable voice, Juan and Ulises Calleros (brothers) on guitar and bass respectively, and Alex González on drums. They have had so many mega-hits in Latin America it’s hard to count, and even those former fans now embarrassed by this band’s conservative politics can’t help but sing along when they hear them on the radio.

Rock, ska, reggae and punk mix with some of Mexico’s more traditional music forms such as danzón and bolero in the musical stylings of Rolando Ortega (vocals), Eulalio Cervantes (sax) Aldo Acuña (bass) and Enrique Montes (guitar). Their sophmore album El Circo in 1991 sold a whopping 600,000 copies in Mexico, an unprecedented number for the time.

Influenced by U.S. greats like Elvis Presley, Chuck Barry and Bill Haley, the Teen Tops were a classic ’50s and ’60s rock ‘n’ roll group with danceable rock classics that were often covers of international hits (like Good Golly Miss Molly) but with Spanish lyrics. The band was lauded for entertaining Spanish-speaking audiences with, what was considered at the time, rebellious and outrageous music.

A Mexican progressive rock band from the 1980s, Chac Mool was dominated by Jorge Reyes on guitar/flute and Carlos Alvarado on keyboard. They lacked strong vocals and dissolved in 1985 but have had several reunion projects since and are considered pioneers in progressive rock in Mexico.

Progressive mixed with gothic rock and jazz, the name Santa Sabina pays tribute to one of Mexico’s most famous shaman, Maria Sabina, and her place as an icon in the counterculture of the time. Led by Rita Guerrero, the group was an important part of the underground music scene in Mexico City in the 1980s as well as the Rock en Español (Rock in Spanish) movement.