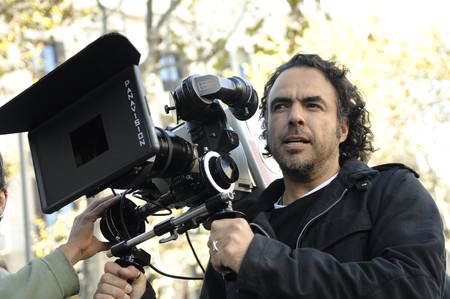 Part of the so-called Three Amigos of Cinema collective, alongside fellow Mexicans Alfonso Cuarón and Guillermo del Toro, Alejandro González Iñárritu is perhaps one of Mexico’s best known cinematic exports. The first Mexican director to be nominated for the Academy Award, he was also the first Mexican to win a Cannes Festival Director prize. His roster of work is known for being dark, gritty and excellently shot with memorable scores. Here are his top seven must-see films.

Iñárritu’s first feature length directorial debut was the amazing Amores Perros (Love’s A Bitch), which would remain his highest rated film and form the first part of his Trilogy of Death. Featuring a soundtrack scored by Gustavo Santaolalla and including classic Mexican groups like Café Tacvba, Amores Perros is arguably Iñárritu’s best film musically speaking, and is also a must-see of Mexican cinema in general. Often criticized for scenes of dog fighting (which is illegal in most of Latin America), its inclusion was necessary to show the harsh realities of life in Mexico City.

Technically a short, Iñárritu directed the ‘Mexico’ segment of this international film released the year after 9/11. It focuses on the reactions of 11 different countries from around the world to the devastating events of that world-changing day, as they give their perspective on the horrific actions that took place in New York City. Each segment is exactly 11 minutes and 9 seconds long, and comprises of just one frame. A must-see simply for the social interest of the project as a whole.

The second film in Iñárritu’s Trilogy of Death is the similarly critically acclaimed 21 Grams. Unlike his first feature film, this one is an American, English-language production; however, the interweaving, connected storyline conceit that featured in Amores Perros remains a key feature. Starring Sean Penn, Naomi Watts and Benecio del Toro as a born-again Christian, events are lynch pinned by a tragic car accident. Iñárritu skilfully weaves together the narratives in a compelling manner, so you’ll be glued until the finale.

Iñárritu’s Trilogy of Death culminated with 2006’s Babel. The film with arguably the vastest scope, events take place in four different countries – Mexico, Morocco, Japan and the US – and are again linked together with concurrent, interconnecting storylines. For this effort, Iñárritu won the Best Director award at Cannes Film Festival, as well as receiving one of the seven Academy Award nods Babel received in 2006. This is unsurprising considering the wide international appeal of the film and the presence of Brad Pitt as the leading man.

His lowest rated film in terms of critical response, Biutiful – headed by the wonderful Spanish actor Javier Bardem – is still a must-watch of Iñárritu’s back catalogue. His first return to Spanish-language filmmaking since 2000’s Amores Perros, Biutiful takes its title from the phonetic Spanish spelling of the English word ‘beautiful’. Regularly considered melancholy in tone, Javier Bardem has been widely praised for his portrayal of Uxbal, a struggling father with only a few months to live.

Birdman or (The Unexpected Virtue of Ignorance) (2014)

A satirical black-comedy is the best way to describe Iñárritu’s 2014 feature, Birdman or (The Unexpected Virtue of Ignorance). Featuring excellent performances by the always vibrant Emma Stone, and leading man Michael Keaton, Birdman is Iñárritu’s best critically rated film since his debut Amores Perros. However, putting to one side the acting and storyline (which follows a struggling actor attempting to put on a Broadway show), the real sell of this movie is the awesome, Academy Award-winning cinematography; Birdman was filmed as if to appear like one long, single shot.

Another Iñárritu must-see is his most recent offering, The Revenant. Perhaps most noted for finally giving the often side-lined Leonardo DiCaprio his much longed for Oscar, The Revenant was also a blockbuster success at the box office and critically acclaimed. However, one much repeated criticism about this particular film was its overly long runtime. Even so, it’s a masterpiece in direction, cinematography and acting, and most definitely a must-see for fans of Iñárritu.