25 Pictures That Prove Mexico City is a Beautiful Urban Jungle 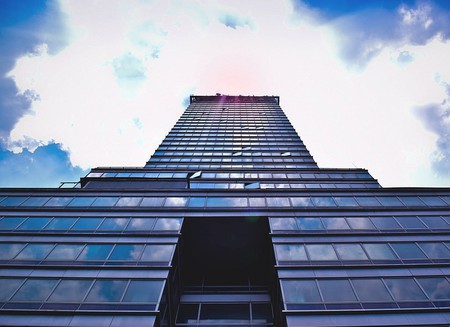 Mexico City might be one of Latin America’s biggest metropolises, filled with 28 million people driving their cars, walking their dogs and going to work, but it’s also an incredibly visual and enticing city. There are hundreds of sights to love, thousands of buildings to admire, and a million tiny snap shots that make this city a breathtaking landscape. 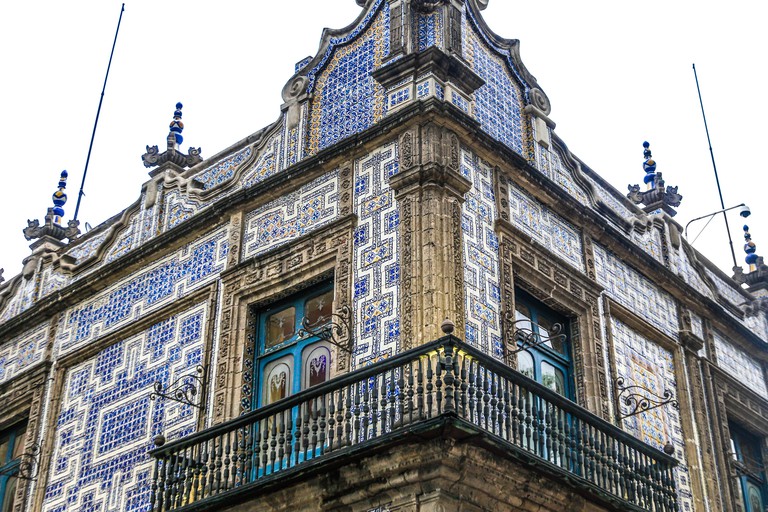 The meeting place of the ancient Aztecs, the Spanish colonizers and now the millions of residents that call Mexico City home. 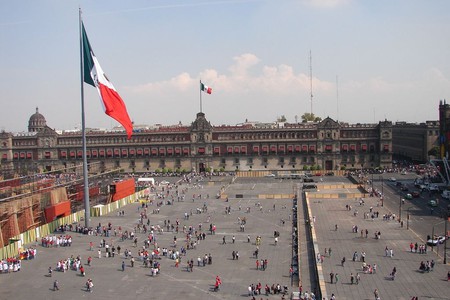 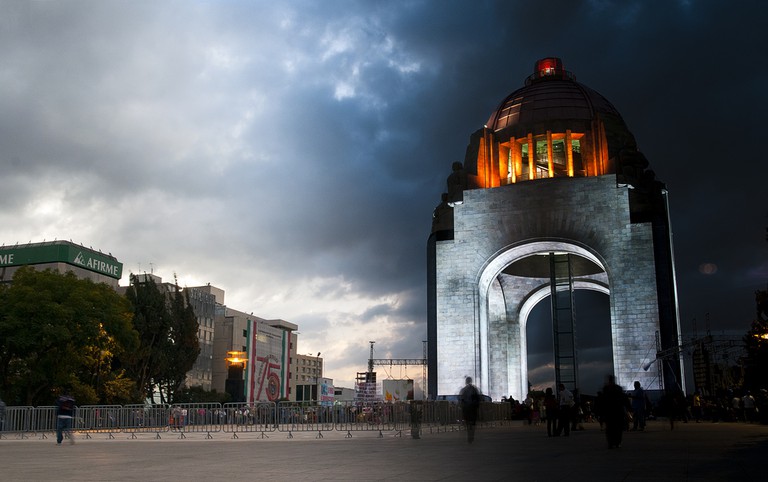 Monumento a la Revolución | © Eneas De Troya/Flickr
Book Now
Once destined to be the home of the Mexican congress, all that remains is a stunning architecture homage to the Mexican revolution.
Open In Google Maps
S/N Plaza de la República, Tabacalera Ciudad de México, Ciudad de México, 6030, Mexico
+525555922038
Visit Website
Give us feedback

Detailed Colonial architecture is a signature element of Mexico City’s Centro Histórico, and continues to charm tourists 500 years after the conquista. 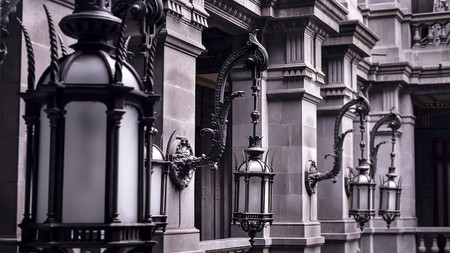 Mexico City’s last living vestige of its lake bed origins are the labyrinth of canals that exists south of the city, a weekend fiesta and a precious natural gem. 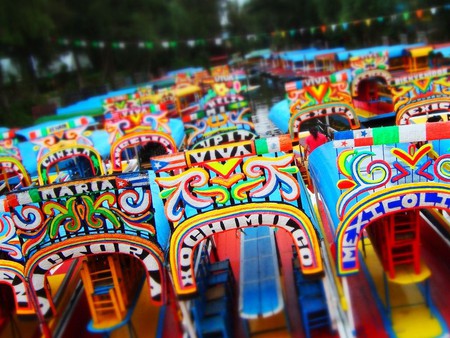 A superb example of what in Mexico is called eclectic architecture, the Iglesia de la Sagrada Familia is one of the finest Catholic churches in the entire city. 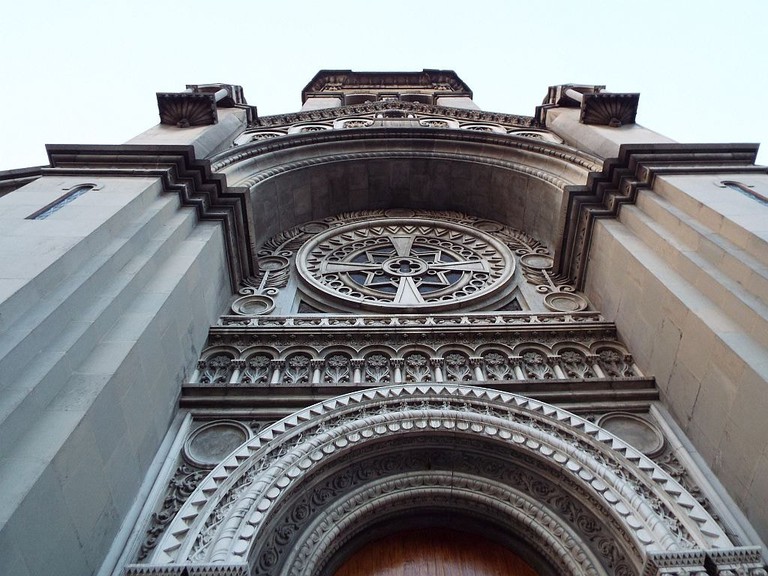 A quiet sun-lit plaza is tucked into one of Mexico City’s hippest neighborhoods. La Romita was the original town that Colonia Roma grew up around. 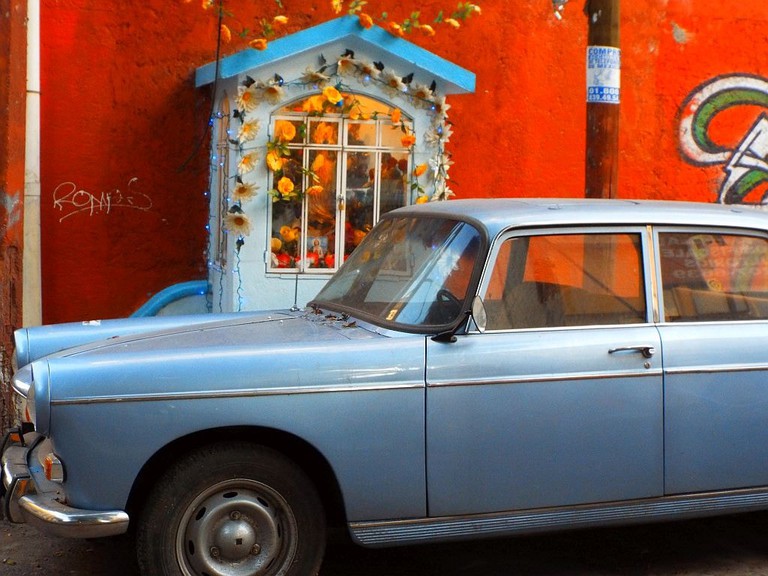 Mexico City’s iconic symbol of freedom and triumph, el Angel, as she is called, towers over the city, protecting its inhabitants. 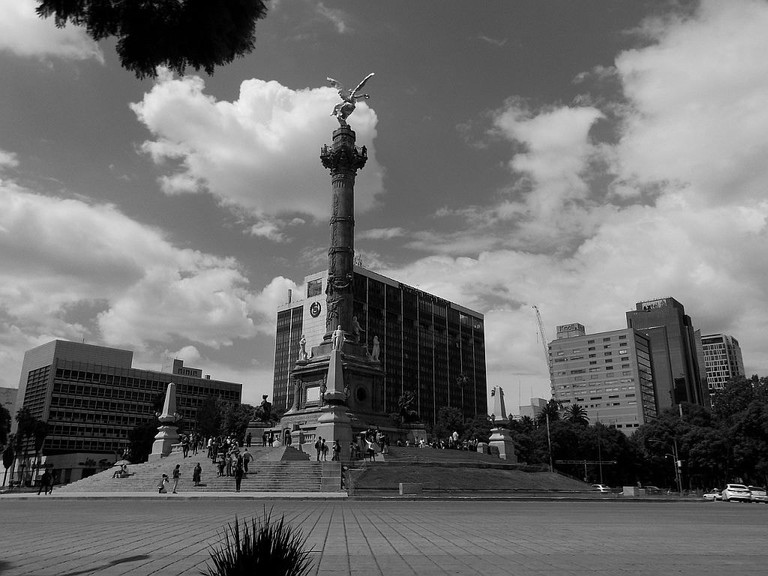 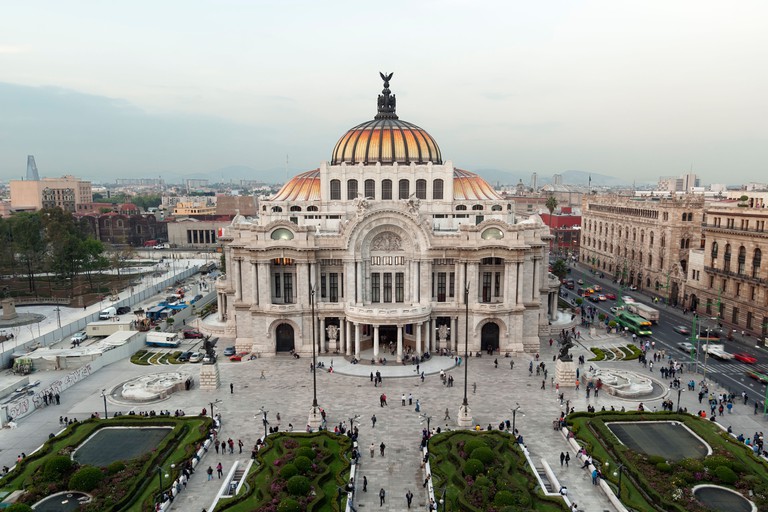 Coyoacan was the home of Frida and Diego but is also a little piece of the countryside in the middle of the urbanscape. 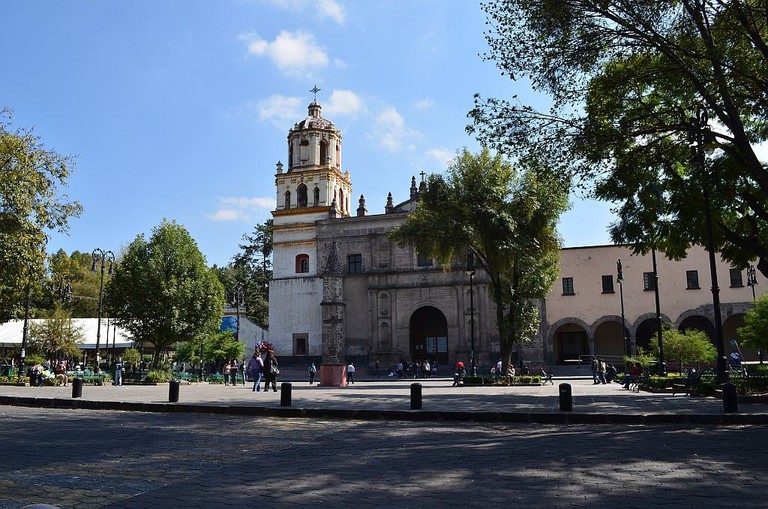 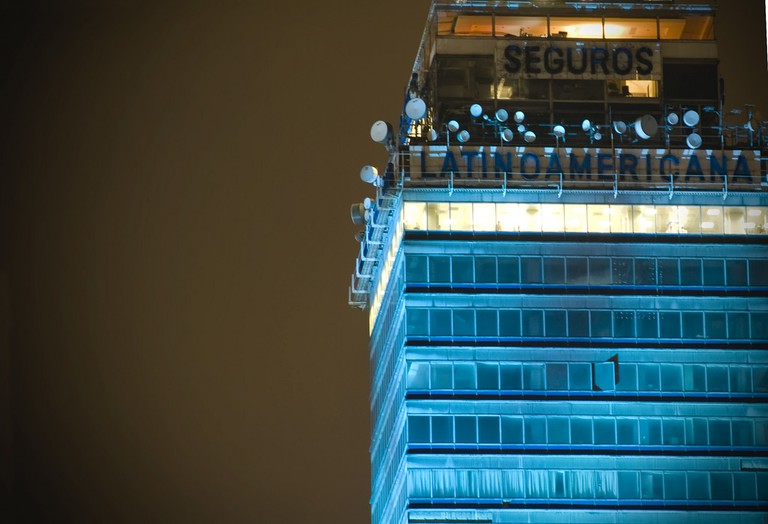 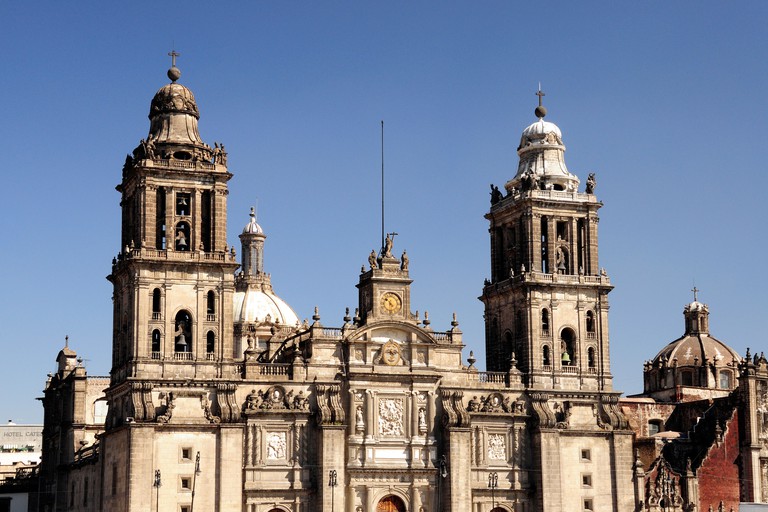 Even the constant traffic of this urban monster can be beautiful if you catch it in the right light. 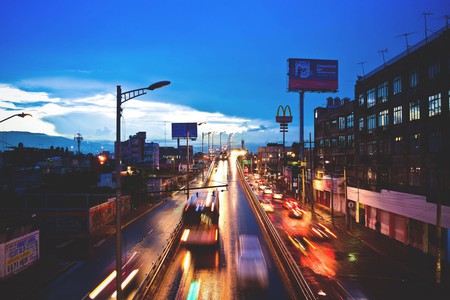 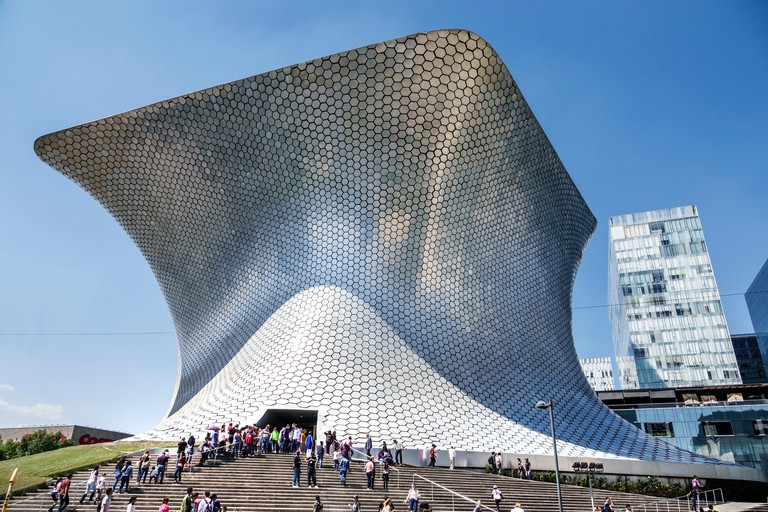 In Mexico City color creeps up the hillsides of its valley on the facades of homes and shops. 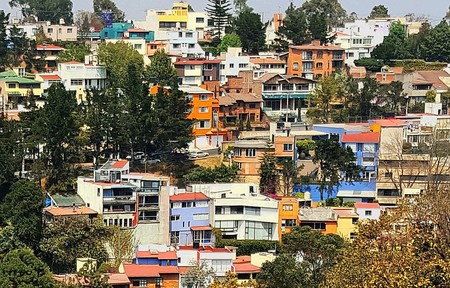 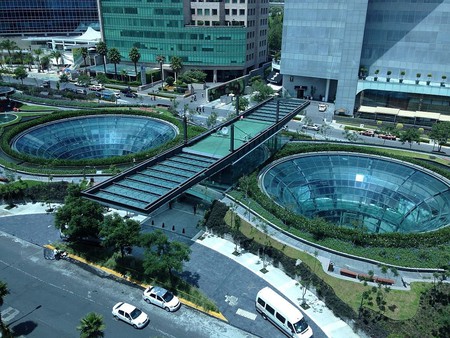 Architectural gems abound in Colonia Condesa and Colonia Roma, both built around the turn of the century as the city expanded from its original Centro Histórico boundaries. 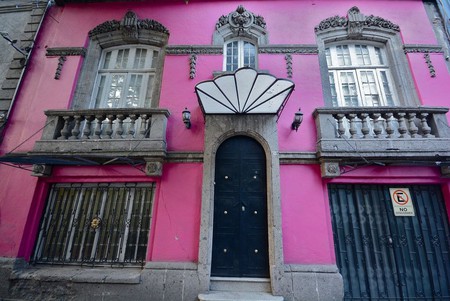 Romantic, old world, quaint, Mexico City’s plazas beg for a glass of wine and the strains of violin. 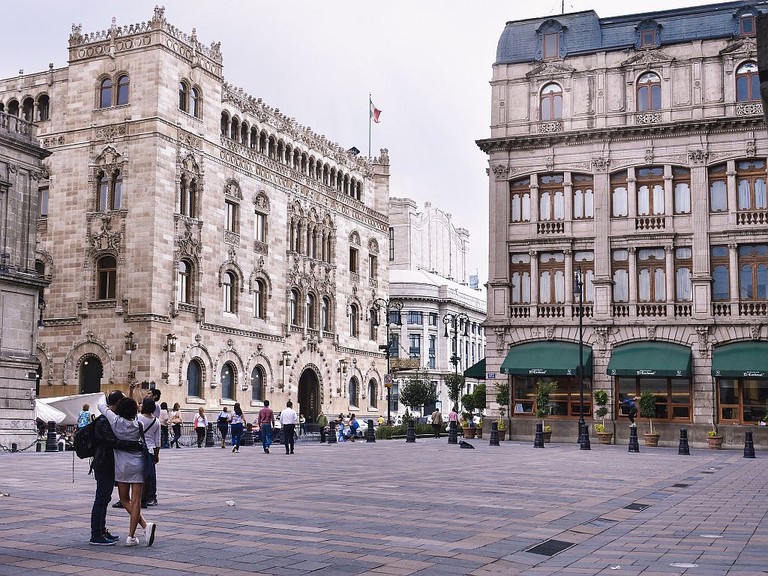 Every Spring jacaranda trees bomb the city with a purple haze that lingers for weeks and litters purple petal wishes all over the city sidewalks. 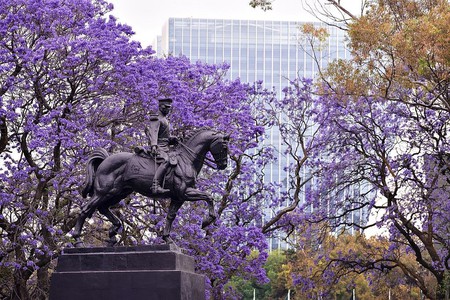 The city’s skyline is not overrun with skyscrapers but instead low, cozy and perfectly framed by the distant mountains.

The floating gardens of the Chinampas provide much of the produce consumed in Mexico City markets and are a delight to the eye looking for a nature break. 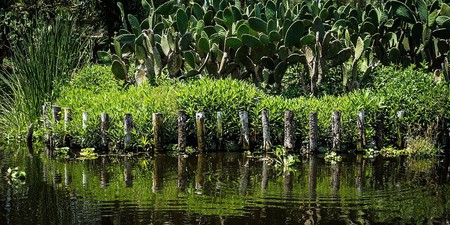 Open-air markets light up the city with colors, smells, sights and sounds, wrapping their way around street corners and engulfing entire city blocks. 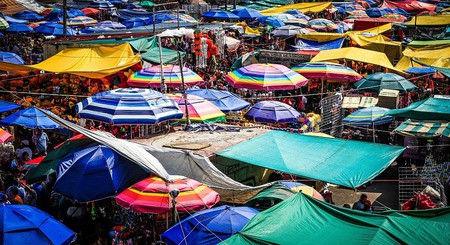 Some of the city’s most stunning architecture can be found in the Centro Histórico. The heart of downtown will capture your own heart. 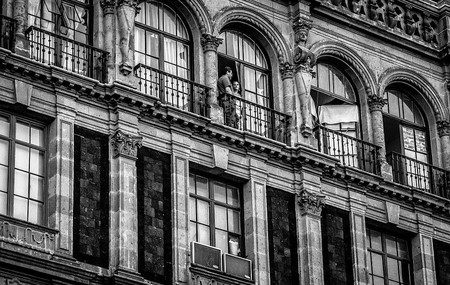 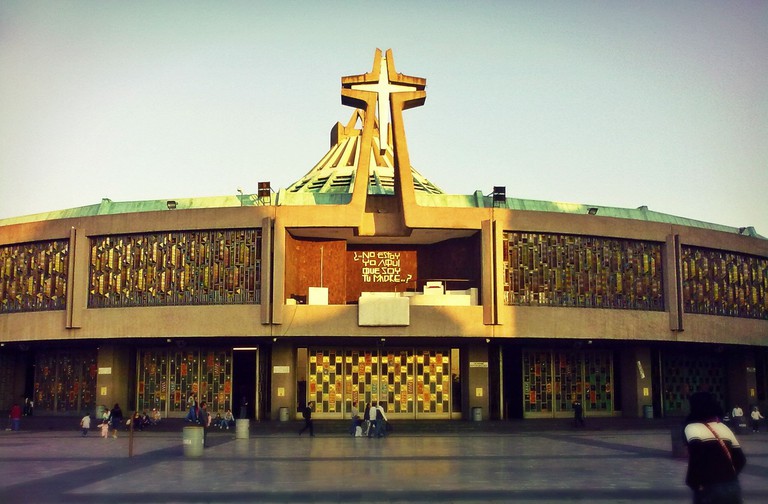 Mexico City is not all Colonial archways and Aztec ruins, it’s also chock full of modern masterpieces and sweeping glass and metal towers. 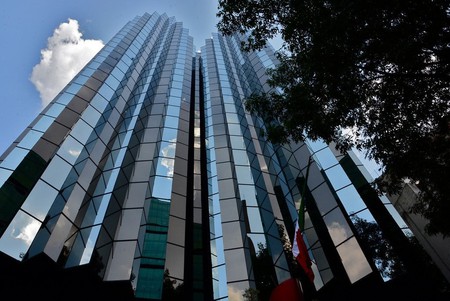