12 Reasons Why You Should Visit Chiapas Before Everyone Else Does 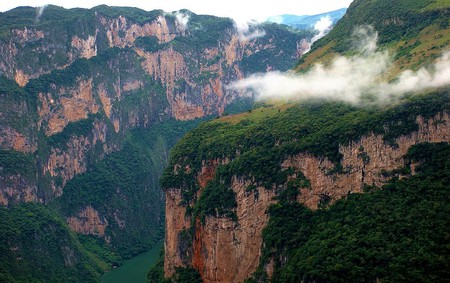 Chiapas is the perfect destination for travelers looking beyond the tourist trap beach resorts that line Mexico’s coasts. With its stunning natural beauty, long-preserved indigenous heritage and picturesque colonial towns, Chiapas truly is a must-visit state. Here are 12 reasons why you should visit before the secret is out.

To admire its indigenous traditions

Chiapas has one of the largest indigenous populations of any state in Mexico and is a refuge for indigenous culture and tradition. Once a Mayan hub, the modern day descendants of this great civilization have retained a distinct identity and culture. Today, the state contains an estimated 56 linguistic groups and is a focal point for indigenous festivities and vibrant pre-colonial cuisine. Geographically isolated from the rest of the country, the region has even staged uprisings against the distant authorities in the capital. The most recent rebellion was in 1994, when the Zapatista army took up arms to draw attention to the plight of Mexico’s impoverished indigenous peoples.

To appreciate its colonial architecture

Along with its rich indigenous heritage, Chiapas also contains some of the country’s most stunning and unique colonial architecture. The gorgeous city of San Cristóbal de las Casas is the best place to admire it, and the 16th century cathedral in the central square is the jewel in its crown. With its impressive façade and eclectic jumble of architectural styles, the cathedral is an iconic symbol of the state of Chiapas itself.

With their color and cuisine, traditional markets are an essential feature of indigenous culture in Mexico and there are hundreds across the state of Chiapas. The Mercado Municipal in San Cristóbal offers a vibrant example of this exciting market culture. With its colorful fruit stands, mountains of chili peppers and pungent meats, this is a place for those who are serious about cooking.

In addition to San Cristóbal, there are tiny Mayan villages tucked into the surrounding mountains that can be visited on a half-day excursion from the city. On market days, these communities are given a potent lease of life and are a great place to search for gifts and souvenirs.
Mercado Municipal “José Castillo Tielemans,” Bermudas, Barrio del Cerrillo, San Cristóbal de las Casas, Chiapas 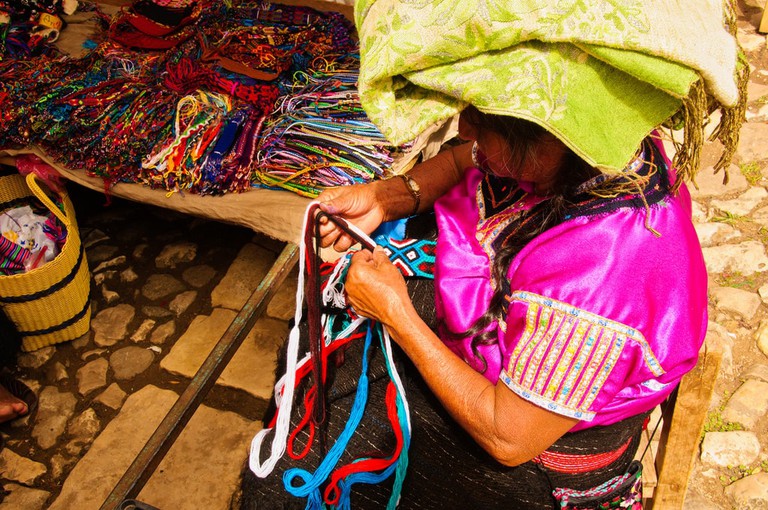 Forget burritos – Chiapas’ rich history and cultural heritage are reflected in its glorious cuisine, which combines delicate flavors with a vast range of cooking techniques. For top dining that reflects these local culinary traditions, Restaurante El Secreto in San Cristóbal is a great bet. The duck tacos are superb.

To reflect and rejuvenate

With its vibrant indigenous traditions, Chiapas has long had a reputation as a center for spirituality and mysticism. Mayan steam baths are a great way to experience this living tradition. Known as a temazcal, or “house of sweat,” the ritual is performed by a shaman in an igloo-shaped structure. The dome is filled with hot steam produced by throwing water onto scorching volcanic rocks. The ceremony is typically accompanied by chanting and is said to cure both physical and spiritual maladies. Hotel Casa de los Arcángeles is one of the many spa hotels that offers the ceremony in San Cristóbal.

To have fun on a budget

With the cost of living soaring in Mexico City, travelers will be pleasantly surprised by the prices in the state of Chiapas. Taxis and meals at restaurants are much more affordable than in the capital or in the tourist hubs on the Caribbean coast. Private rooms at a hostel in San Cristóbal are available for as little as MXN$100.

To take a swim in paradise

One of Mexico’s most splendid waterfalls, Agua Azul, which literally means “blue water,” certainly lives up to its name. The location boasts a series of cascades that vary in size. The gorgeous aquamarine tint of the water is due to its high mineral content. For eight months of the year, this a perfect destination for swimmers but avoid the rainy season from June to September when the waters are muddy. 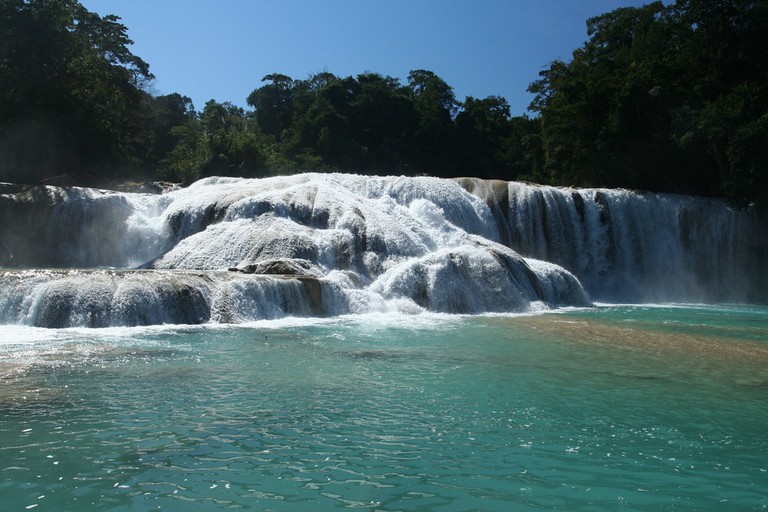 To admire the local wildlife

Chiapas is top of the list for biodiversity in Mexico, with more than 700 species of birds and 200 species of reptiles. Turtles, pelicans, ocelots, crocodiles, wild boar, salamanders and bats are among the many animals found in the state. In recent years, ecotourism in the region has grown exponentially. The Triunfo Biosphere Reserve is a favorite destination for travelers and contains threatened mammals such as spider monkeys, jaguars and pumas.

To kayak through a canyon

The Sumidero Canyon is a stunning natural wonder located north of Chiapa de Corzo. Deep and narrow, yet with lush vegetation, visitors flock to the site year-round. In fact, the canyon is so emblematic of the region that it is depicted on the Chiapas state seal. Boats leave regularly from Chiapa de Corzo pier. 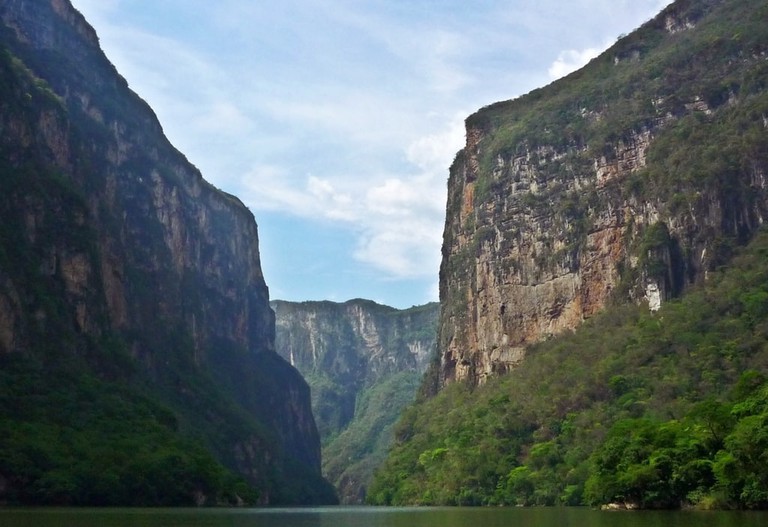 Just six miles from San Cristóbal, the tiny town of San Juan Chamula is one of Mexico’s few autonomous localities. Outside authorities, including the police and army, are denied entry. The vast majority of the town’s inhabitants are indigenous Tzotzil, and the town retains a distinct identity and culture. This is most evident in the Iglesia de San Juan Bautista, a church that has had its pews removed and its floors completely covered in pine needles. Local worshippers gather in the church to light candles, make offerings (including animal sacrifices) and drink Coca-Cola, which has been integrated into the unique religious world-view that prevails in the town. It is strictly forbidden to take photographs in the church.

To marvel at the Mayan ruins

Chiapas is great destination for Mayan history buffs: home to the ancient ruins of Yaxchilán, Bonampak, Chinkultic and Toniná. Yet Palenque is by far the most captivating of all. Tucked into the jungle that borders the neighboring state of Tabasco, Palenque may be Mexico’s most impressive archaeological wonder. The elegant temple structures are extraordinarily well-crafted and the surrounding forest teems with exotic wildlife, including panthers, parrots and howler monkeys. 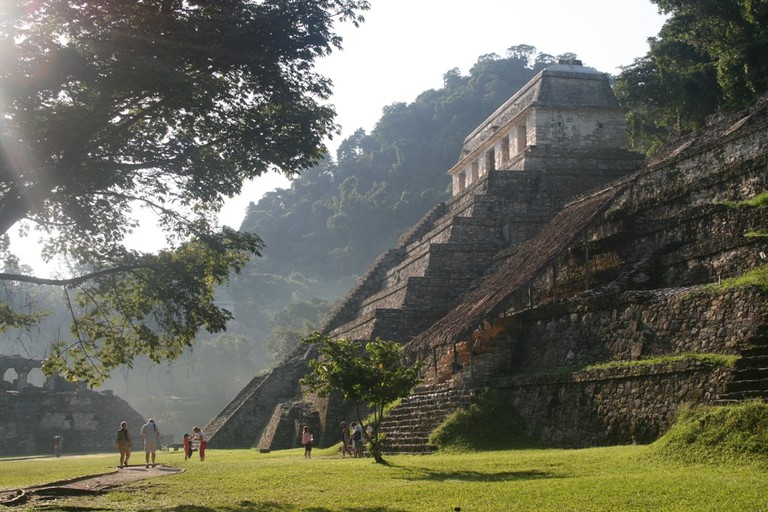 To celebrate a festival in every season

The vibrant and vivid festivals of Chiapas are among some of the most spectacular revelries in the country. San Juan Chamula hosts particularly impressive ceremonies featuring dance and revelry in the five days before Ash Wednesday each year. The town of Comitán has colorful Day of the Dead celebrations, during which the cemeteries are elaborately decorated with candles and flowers. The traditional feast of Chiapa de Corzo takes place from January 4-23. A feast for the senses that combines music, parades and gastronomy, the highlight is undoubtedly the dance of the Parachicos. These traditional masked dancers perform a communal offering to the saints and have been included on UNESCO’s cultural heritage list.