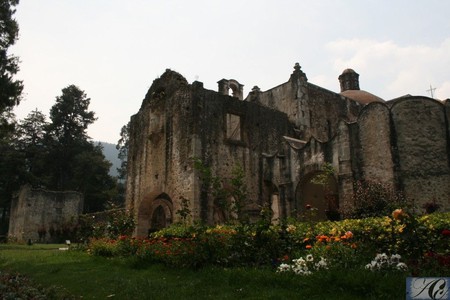 Desierto de los Leones National Park is part of the reason why Mexico City is such a green capital. At over 1,800 hectares, it represents 15% of the total green space in the Valley of Mexico. This park has a lot to offer Mexico City visitors and locals alike. Here are a few of the reasons you should check it out. 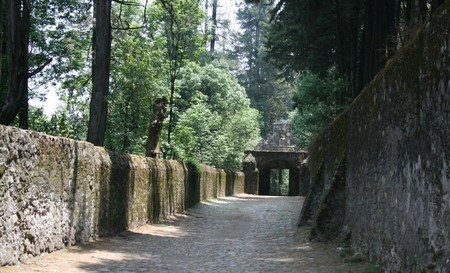 The sound of silence

Mexico is not a quiet country. Rural towns reverberate with crowing roosters, barking dogs and the thud, thud, thud that accompanies constant building. Cities like Mexico City reverberate with the calls of the gas guy, the water guy, the knife sharpener and the sweet potato vendor, in addition to the traffic and your neighbors’ cumbia music. Desierto de los Leones is one of those rare finds where you can actually ensconce yourself in the silence of a pine-needle covered forest floor and the wind in the trees.

The park is home to more than a hundred species of birds, thirty different kinds of mammals, seven species of amphibians and nine of reptiles. If you have the patience to simply sit and wait you will often find yourself visited by one of the lowly forest creatures that make this park their homes. For bird lovers in particular, the park is a virtual wonderland. 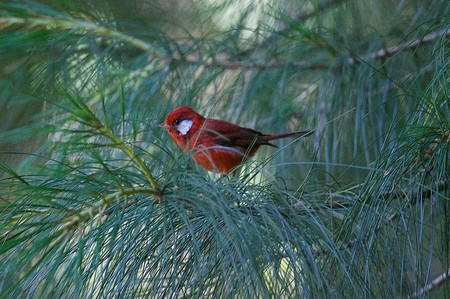 The park has miles and miles of interior hiking trails – something that can sometimes be hard to find in Mexico, even in national parks. There is also a main road that winds through the park that while allowing cars, generally has slow and careful traffic as people know they may run into joggers, bikers and walkers along the shoulder. For those who want to get off the beaten path, the forest floor is mostly open and not covered in low brush or trees, making blazing an alternative path possible.

Built by barefoot Carmelite monks in 17th Century, the convent was meant as a place of retreat and mediation away from the bustling capital. The monks who lived in the convent took a vow of silence and only spoke to each other using hand signals. They were dedicated to a life of prayer, dedication and solitude, but spent many years building their retreat center each day until 1810 when they were forced to abandon it by the Mexican government and turn its structures over to the service of the military.

At various different spots in the park you will find several small food stands and small, family-run restaurants. The most popular menu items are quesadillas and tacos, but trout and rabbit, two local specialties, can be found at many of the eateries. Most of the restaurants resemble each other in style and quality, but the restaurants on the backside of the main eating area have nice views of the gully below.

Lots of building associated with the convent and its inhabitants are scattered throughout the acreage as well as several stone structures that were used in water catchment and transportation to Mexico City. Most of these ruins are simply open alongside the road and you can freely wander in and touch the walls of history. Besides being beautiful, the tree-sprouting ruins are an important part of the landscape. 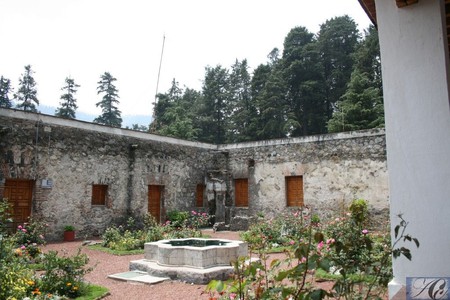 One of Desierto de los Leones more unusual characteristics is that it is home to 102 species of edible and poisonous mushrooms, seven of which are endangered species. Towards the middle of the rainy season (around August and September) you will likely find mushroom hunters in the forest, with walking sticks and bags strapped to their waist, looking for edible mushrooms. You will find some of these exotic, endemic species for sale in local markets in Mexico City.

As mentioned previously, the forest floor of Deserito de los Leones is covered in the needles produced by the park’s many pine trees. The ground isn’t covered in low brush or vegetation and therefore provides lots of open spaces for laying out a picnic, pitching a tent or just simply rolling up a sweatshirt under you head and taking a little snooze. 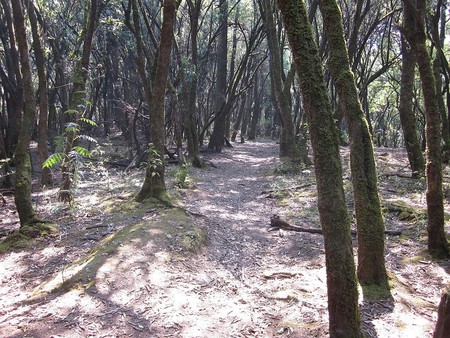 Lots of local residents bring their dogs out to run and walk the trails of Desierto de los Leones leash-less and full of energy. Within Mexico City the rules about leashes are a little bit more observed so the park makes a great place to get out and give your best friend some exercise. The trails and well-maintained and the open woods make it easy to spot a run-away dog. The only other domestic animal you likely to see in the park are horses, also welcome on the trails.

Lots of cyclists and marathon runners like to come and train in Mexico. At an already impressive 2,250 meters above sea level, slightly more elevated places like Desierto de los Leones and the Nevado de Toluca (about a 2 hour drive away from the city) are a runner or biker-in-training’s dream. Think how much easier you will breathe in your next race once you train at over 7,500 feet above sea level. 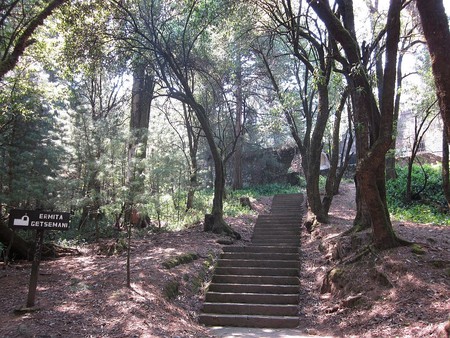 Besides the natural aspect of the park, Desierto de los Leones is also home to the Bicentennial Museum and a space called La hostería, both of which offer visitors rotating exhibits on local art, culture and history. There are also often cultural events held on the grounds of the ex-convent that are free and open to the public. You can call the Mexico Parks and Recreation Service to find out more about what is going on at Desierto de los Leones (+52 1 55 5814 1171 and +52 1 55 5814 1172).