10 Free Things to do in Mexico City 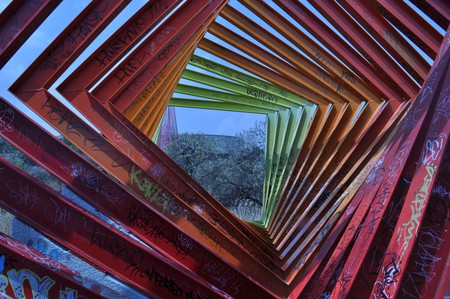 Mexico City is one of the must-visit holiday destinations of the moment, and while there are plenty of key sites that will set you back a bit of money, there are also plenty of activities that won’t cost you a peso. Not including the obvious, such as walking around the city’s coolest neighbourhoods and heading to the ‘lungs’ of the Mexican capital, Bosque Chapultepec, here are the top ten free things to do in Mexico City.

This is one of the best ways to see one of Mexico City’s coolest and most intriguing zones, Avenida Reforma. While you can amble down this massive street any time of the day or night, and soak up the monuments and sights that line it on all sides, each Sunday morning (barring the final Sunday of each month), you can grab a bike for free and join the masses cycling up and down this major tourist attraction. 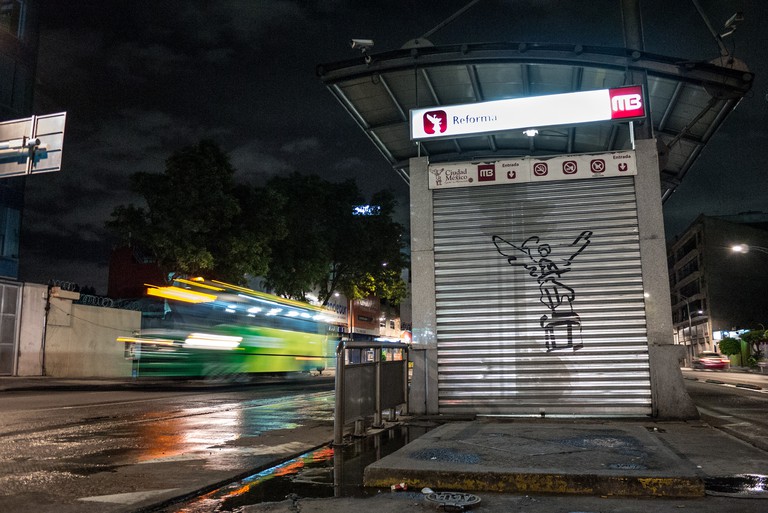 Watch Some Wildlife at Chapultepec Zoo

We said we wouldn’t give you the obvious free options, like visiting the sprawling Chapultepec Park, but we will recommend that you stop by the zoo that can be found within it. It’s one of the world’s most visited zoos and definitely one of Mexico’s top animal-spotting options. The pandas, in particular, are a key attraction – in fact, this was the first place outside of China with a set of breeding pandas! 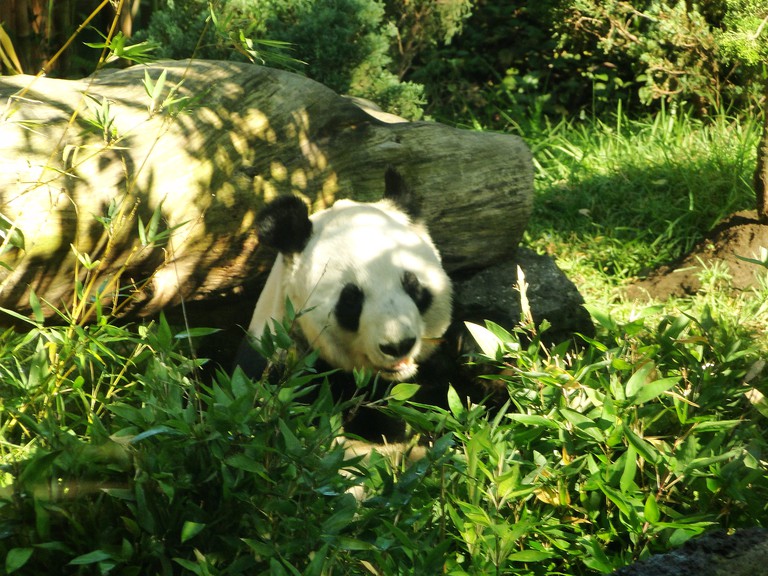 Chapultepec Zoo is a must for animal lovers | © Robinson Esparza/Flickr 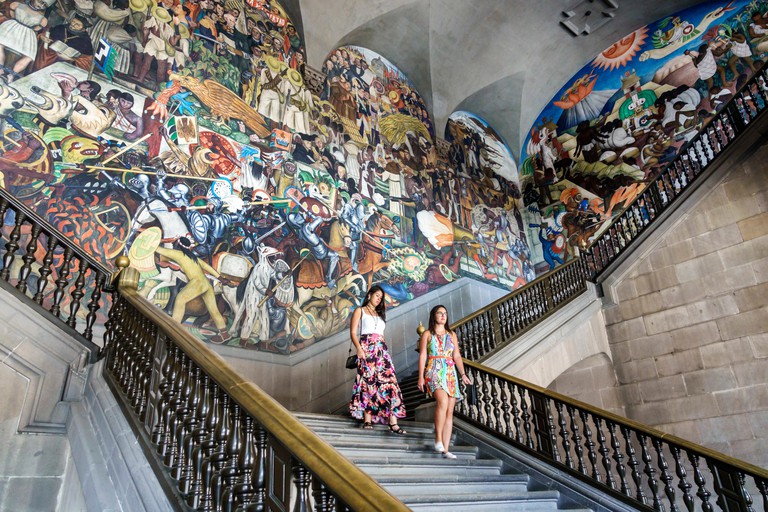 Palacio Nacional | © Jeffrey Isaac Greenberg 11 / Alamy Stock Photo
Diego Rivera’s murals are often some of the key things tourists want to see on their visit to Mexico City. And while there are plenty of paid-entry places you can take a look at (for example, the Palacio de Bellas Artes), there are also an equal number of spots to check them out for free. One of the best and most centrally located destinations is the Palacio Nacional, situated just off the famed Zócalo of the capital. As a bonus, you can explore the public plaza afterwards for free too!
Open In Google Maps
S/N Plaza de la Constitución, Centro Histórico de la Ciudad de México, Centro Ciudad de México, Ciudad de México, 6066, Mexico
+525550934900
Visit Website
Give us feedback

Visit the Soumaya and Other Free Museums

If you’re into culture and history, then Mexico City should be an essential destination, thanks to its enormous number of museums – there are over 150! What’s more, a good chunk of them offer free entry, either one day a week (Sunday is an excellent day to get into top museums for free) or all the time. Polanco’s art gallery Museo Soumaya is free all year round, as is Galería OMR and certain exhibits in Museo de la Charrería. Museo Dolores Olmedo is free on Tuesdays. 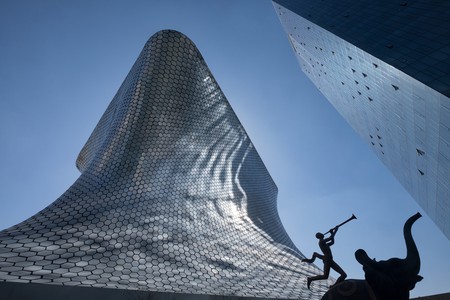 Okay, stay with us on this one, because the hoops you have to jump through in order to be able to climb one of Mexico City’s most iconic monuments are legendary, even by Mexico’s bureaucratic standards. First, you must write a letter explaining your reasons for visiting, preferred day and time and the amount of people that will go with you (maximum six). After that, you present your letter to the Patrimonio Cultural de la Delegación between 9am and 2.30pm Monday-Friday – and voila! It’s as, um, easy as that. Even with the paperwork, though, it still makes for a fantastic, free experience. 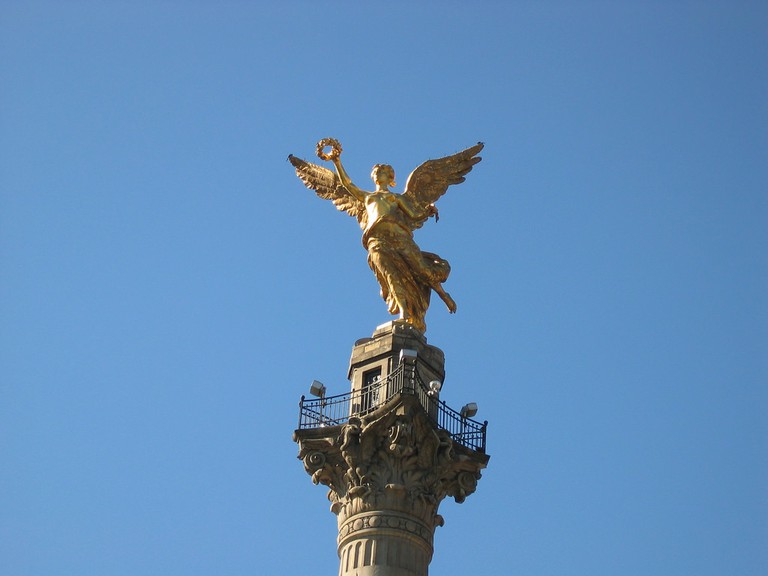 Visit One of the Many Tianguis or Indoor Markets

A great way of immersing yourself in Mexican culture without spending a peso is to head to the slew of vibrant, quirky markets, which can be found all over the city on various days a week. You can choose between the indoor markets that are there all year round, such as the spooky Mercado Sonora or the hipster Mercado Medellín. Equally, go to one of the weekly roaming tianguis, like the popular Bazaar Sábado in San Ángel. 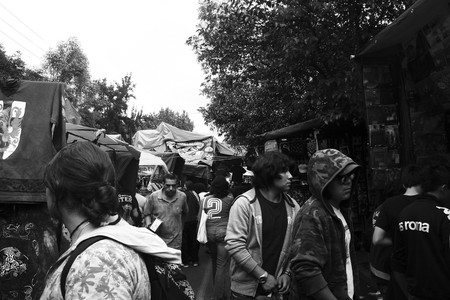 Tianguis can be found all over the city | © ·júbilo·haku·/Flickr

The UNAM campus is an area of Mexico City that’s often overlooked by visitors to the capital, perhaps because they think it will be littered with university buildings and vagabond students. While that could also be considered the case in Mexico City, the Ciudad Universitaria (University City) offers tons of free sites, most notably the cool Espacio Escultórico (open Monday to Friday), as well as some great spots and stalls to grab a bite to eat. 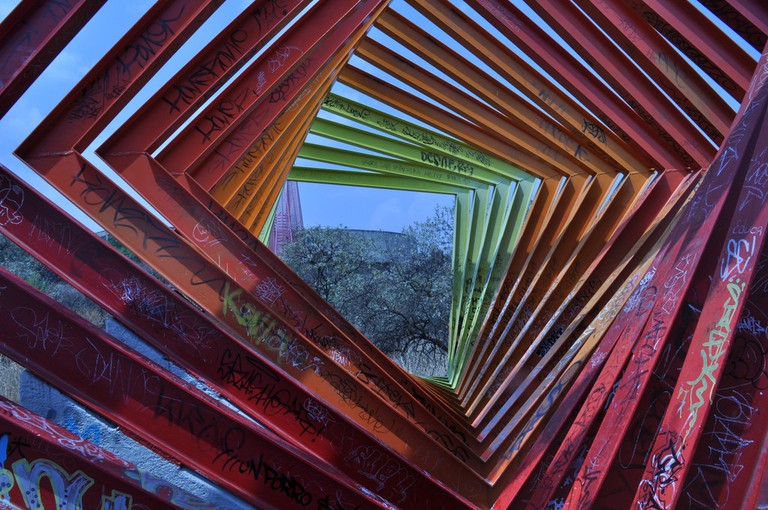 Enjoy the Catholic Decadence of the Catedral Metropolitana or the Basílica

If you’re one of those people who loves to take a tour of a city’s churches while visiting, then Mexico City will be like paradise for you. As a staunchly Catholic country, there are churches on practically every corner, and all are free to enter. However, if you want a truly representative insight into Catholic decadence, head to the Catedral Metropolitana in the centre, the interior of which is practically dripping with gold. Alternatively, go north to the world-famous Basílica de Guadalupe. 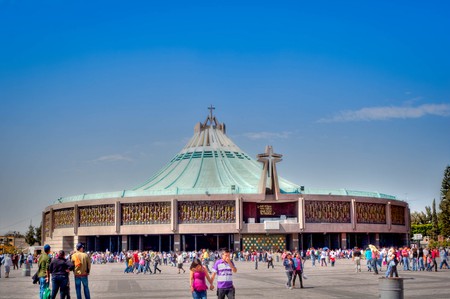 Conduct Your Own Literary Tour of the City

We’ve extensively covered the literary heritage of Mexico City previously on Culture Trip, so if you want an amusing and immersive free activity to indulge in, why not conduct your very own literary tour of the city? Stop by some of the capital’s best bookstores, including the Gandhí with beautiful views over Chapultepec lake, or head to Under The Volcano Books if you want English language libros. Follow that off with a trip to one of the city’s best libraries, Biblioteca Vasconcelos. The options are endless! 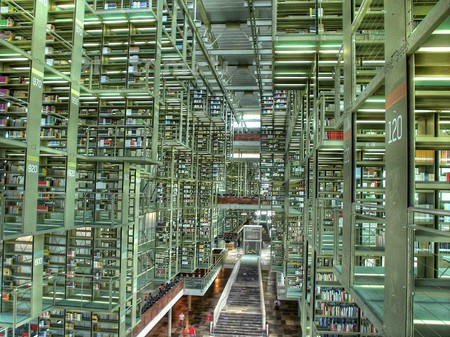 Finally, if you’re sick of the hustle and bustle of the city centre, then escape to the outskirts of the capital and explore one of the excellent national parks that Mexico has to offer. Go hiking in Ajusco, or take a relaxed wander around Los Dinamos. Entry to both places is free, but getting there might incur some cost, either on public transport or for parking a car on arrival. Either way, it’s a minimal spend for maximum enjoyment. 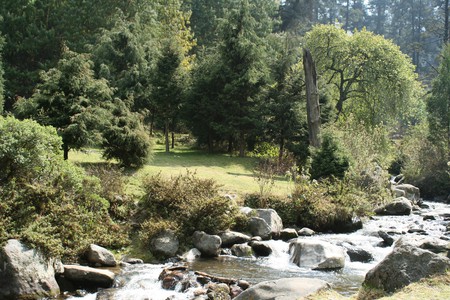