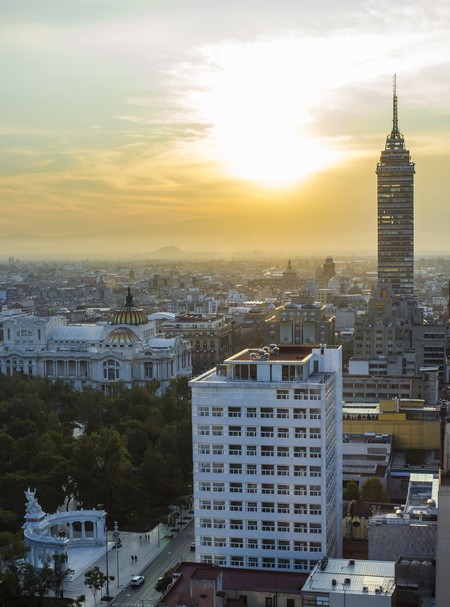 With its fascinating cultural heritage and history, it is perhaps not surprising that Mexico City has been the setting for iconic films and TV shows. The megalopolis is also home to a thriving film industry and is the birthplace of several directors who have risen to international prominence. With that in mind, here are the ten best films and TV shows that feature Mexico City.

Widely hailed as a modern classic, Alejandro González Iñárritu’s gritty debut feature is said to have kick started a new “Golden Age” in Mexican cinema. Starring Gael García Bernal, the film traces the lives of three citizens whose very different lives are brought together by a car accident in Mexico City.

Gael García Bernal followed on from his breakout role in Amores Perros with Y Tu Mamá También (And Your Mother Too). The film focuses on two Mexico City teenagers – played by García Bernal and Diego Luna – who embark on a steamy road trip with an older Spanish woman. The film was directed by Alfonso Cuaron, who went on to win the Best Director Oscar for Gravity (2013).

This 2014 feature was given five Ariel Awards – Mexico’s Oscars – including Best Picture. Gueros traces a mischievous youth who is sent to stay with his brother in Mexico City. Filmed entirely in black and white, the film follows the brothers as they search for their musical hero, a journey that takes them all across the city.

Nosotros Los Nobles (The Noble Family) focuses on three spoilt children whose father decides to teach them a valuable lesson about the real world by cutting off their pocket money. With no financial support, the children are forced to find jobs for the first time in their lives. An entertaining black comedy that examines class and inequality in modern Mexico City.

This 2015 James Bond outing has a lavish opening sequence set in Mexico City during a Day of the Dead parade. The scene was shot in the Plaza Manuel Tolsa on Tacuba Street, and appears to be a four-minute long take, although it was actually several shots seamlessly blended together. At the time, no such Day of the Dead parade existed in Mexico City, although federal authorities have since organized a parade to capitalize on the interest generated by the film.

This 2002 Hollywood biopic stars Salma Hayek as the flamboyant Mexican artist Frida Kahlo. Much of the film was shot in Kahlo’s iconic Casa Azul, or Blue House, the spacious, colourful building where she was born and died. The Aztec archaeological ruins of Teotihuacán also appear in the film.

Baz Luhrmann’s 1996 adaptation of Shakespeare’s most popular play was largely shot in Mexico City. Chapultepec Castle, the only royal castle in the Americas, was used as the Capulet’s mansion. In fact, the most memorable scene in the movie, where the star crossed lovers – played by Claire Danes and Leonardo DiCaprio – first set eyes on each other, was filmed in the castle.

This highly-rated HBO Latinoamérica production tells the story of a life insurance salesman and family man with a dark secret – he doubles as a contract killer for a major criminal organization. The fast paced thriller has unfolded over three seasons and a final season is in the works, with all filming taking place in Mexico City.

This exciting series centers on the Hotel Galicia, a fictional hotel buried deep in the heart of the rough Mexico City neighborhood of Tepito. A colorful array of characters populate Crónica de castas (The Caste Chronicles) and each episode captures the mood of Mexico City’s rundown underbelly. The series also touches on the violence that has become a part of life for many Mexicans caught up in the ongoing drug war that began in 2006.

Kate del Castillo stars in Ingobernable (Ungovernable), a political drama that was released on Netflix in March 2017. The series follows the Mexican First Lady, played by Castillo, as she goes on the run after she is accused of assassinating her husband, the president. Occasionally melodramatic, it is an undeniably fast-paced and addictive series.