10 Beautiful, Quiet Places In Mexico City To Clear Your Head

Claustro Museo Franz Mayer | © Alejandro/Flickr
As one of Latin America’s largest cities by both size and population, Mexico City doesn’t seem like the obvious place to go for a little bit of rest and relaxation. However, don’t let the unashamedly hustle and bustle reputation of the place put you off, because there are in fact several spots you can visit if you want to clear your head. Here are the top 10.

Park
Los Dinamos is one of Mexico City’s best ecological zones, popular with those looking to escape the rush of the capital for an afternoon. Known primarily for the Magdalena River, which runs right down the length of this 5km sprawl of urban greenery, it’s also an excellent spot to try out some traditional Mexican food, including mushroom soup or mushroom stuffed trout. Aside from its tranquillity, it also makes for a great mountain biking or hiking spot.
More Info
Open In Google Maps
Camino a Los Dinamos, Reserva de los dinamos, La Carbonera Ciudad de México, Ciudad de México, 10930, Mexico
+528000089090
View menu
Visit website
Visit Facebook page
Send an Email
Give us feedback

Park
Ex-Convento, Desierto de los Leones | © anmadelacueva/WikiCommons
An excellent example of colonial architecture, this Ex-Convent is handily situated in another of Mexico City’s reputable parks, El Desierto de Los Leones – it’s a calm spot that houses an even calmer one, you might say! The location of the Ex-Convent is now within the Jardín de los Secretos, where you can enjoy the orchard and even the old library. Plus, on a weekly basis you can attend late night events that recount the legends associated with the Ex-Convent.
More Info
Open In Google Maps
s/n Carretera Toluca - México, La Venta, Ciudad de México, 5020, Mexico
+525591319542
View menu
Visit website
Visit Facebook page
Send an Email
Give us feedback

A popular visitor destination might not seem like the obvious choice if you’re looking for a place to indulge in some quiet reflection, but UNAM’s Espacio Escultórico is a little different. This sprawling plot, filled with various permanent and temporary land art sculptures (art which effortlessly combines with the landscape), makes for a great place to do some quiet thinking as you wander around. Plus, you’ll also have the opportunity to take some pretty great Instagram snaps. 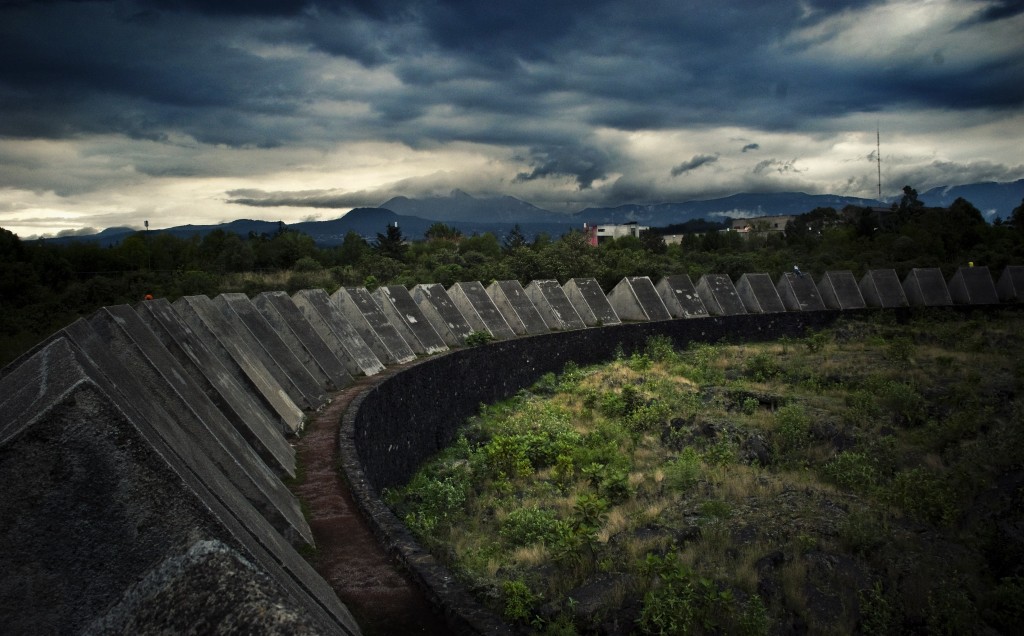 Cats and a claustro. What more could you want from a peaceful spot in which to reflect and relax? At the Claustro de Sor Juana, right in the centre of Mexico City madness, you can step back and enjoy your surroundings in peace – accompanied by around 20 cats! This spot is known for housing a number of stray feline friends, with whom you can hang out and feed, all while you forget you’re in one of the busiest cities on earth. 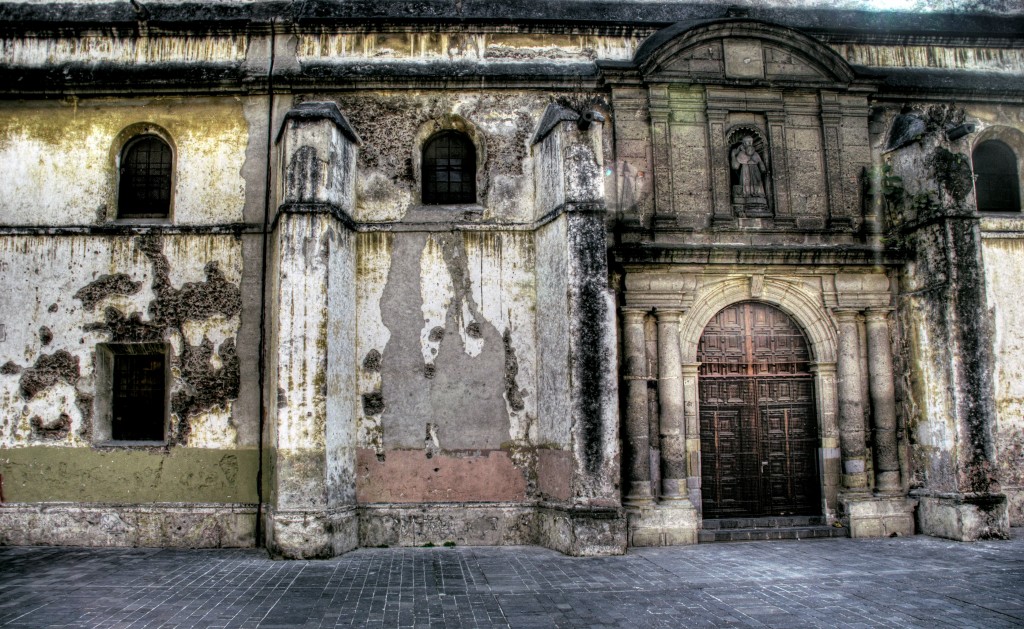 Regularly considered one of the best spots in the Mexican capital to escape from the daily grind, Parque Lincoln is situated in the upmarket neighbourhood of Polanco. As the first park designed for the area, unsurprisingly one of its features became known as the symbol of the colonia; the sleek clock tower. We recommend sitting yourself down alongside the shallow ponds to soak up the serenity of the park – on Sundays, they even hold model boat races there! 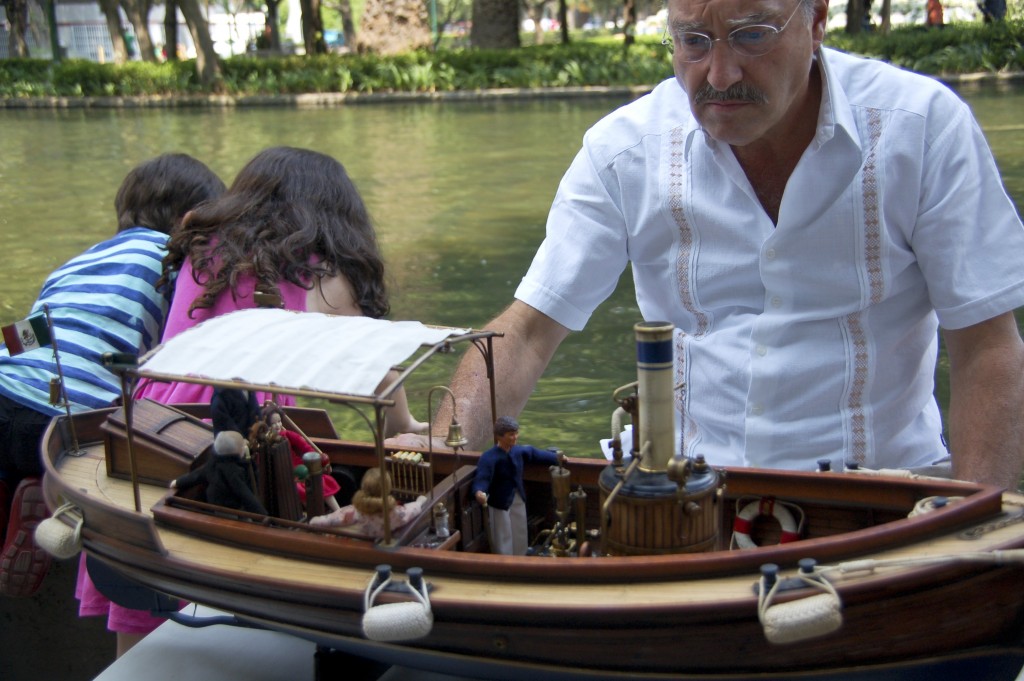 Again, this is a destination situated in one of Mexico City’s most popular zones, so it doesn’t necessarily seem like it would be one of the most peaceful places. However, Los Viveros de Coyoacán are remarkably tranquil considering their destination, and are also considered the lungs of the zone. Here, trees are cultivated before being relocated to other urban green spaces throughout the city in an effort to combat deforestation and improve air quality. Lovers of plants need look no further, but it truly makes for a relaxing spot for any visitor. 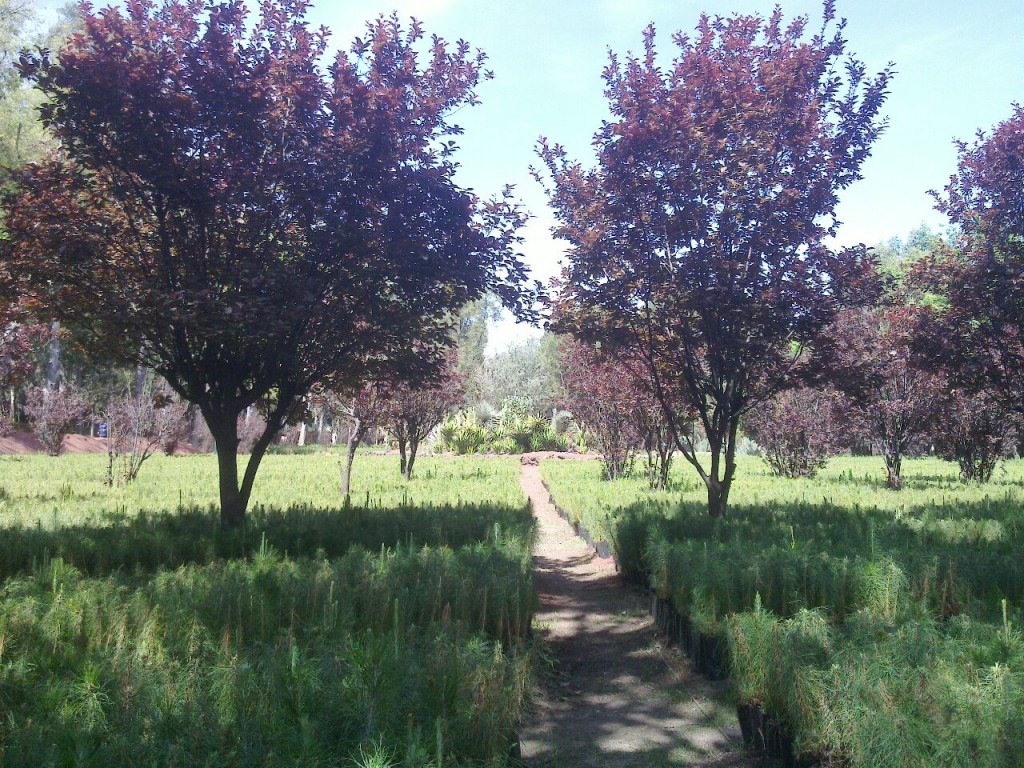 Situated right in the centre of the city, the Claustro Museo Franz Mayer is a tranquil 17th-century edifice that plays host to a beautifully quiet interior. While you can wander around the museum’s furniture and ceramics exhibits if you so choose, you can also head to the cloister itself and relax in the public library which boasts a rare collection of texts, or enjoy a coffee in the café, accompanied by the sound of the fountain. 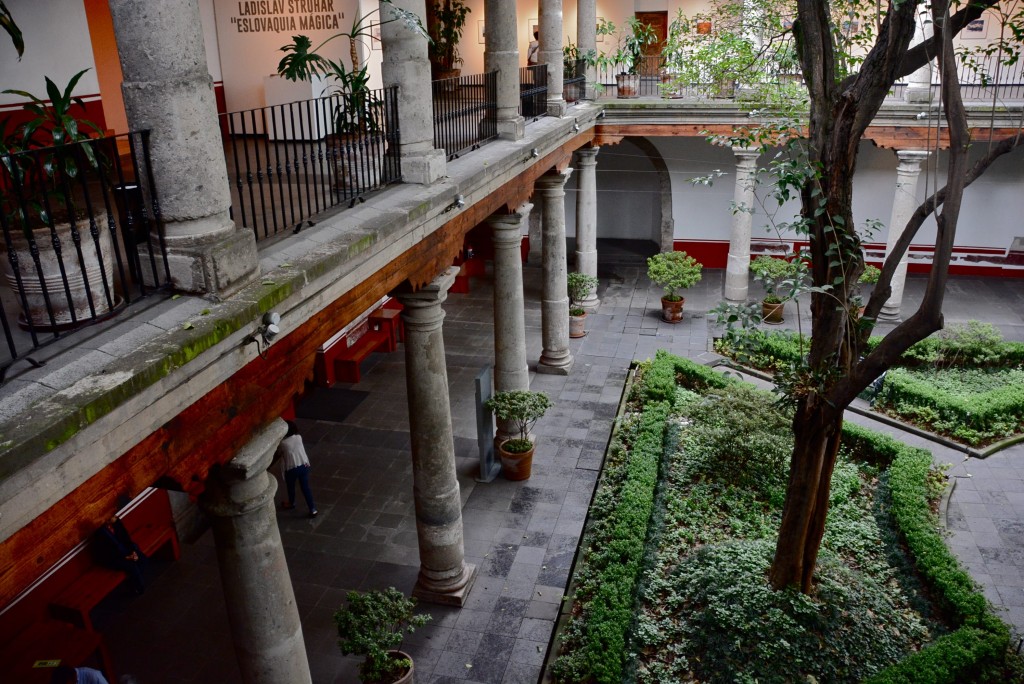 What better way to gather your thoughts than in a quaint café, with a cup of tea in hand? That’s exactly what Tomás Casa Editora de Té offers each visitor – the opportunity to escape the rat race and relax with a warm drink. With a wide selection of artisanal teas hailing from over seven different countries (including Argentina!), and including options that range from green to white, with some Rooibos and Oolong thrown in for good measure, this makes for an excellent spot to unwind. 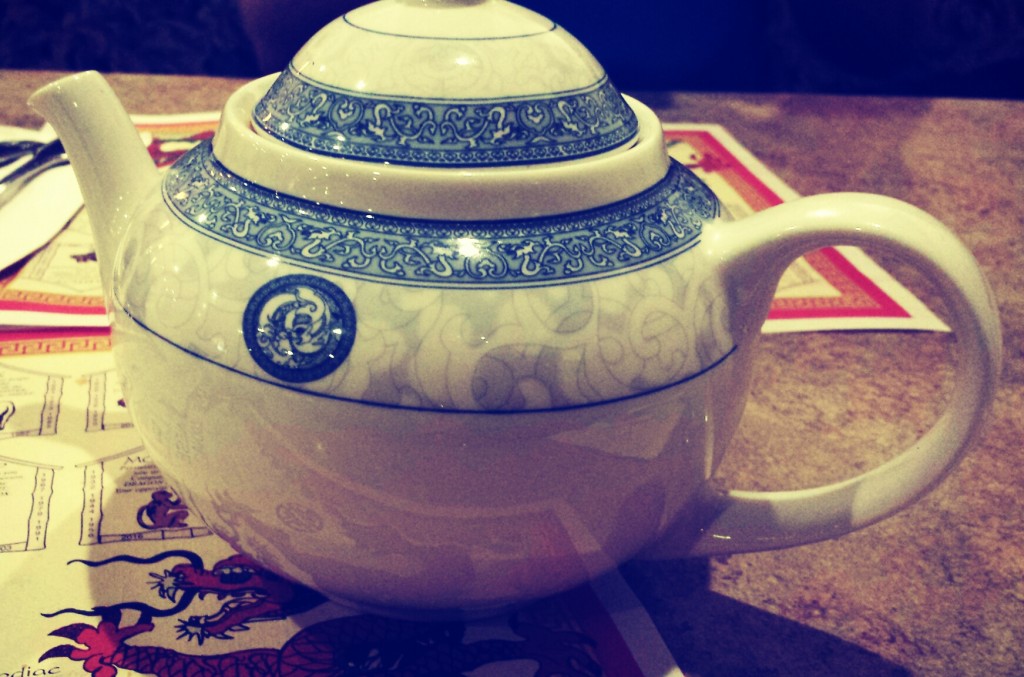 Right in the heart of Mexico City’s historic centre hides this beautifully tranquil spot in plain sight, just off (but miraculously not included in) the typical tourist trail. One of the best kept secrets of the Mexican capital, the Secretaría de Educación Pública’s building makes for a fantastic afternoon destination for those in need of a little relaxation and culture, especially as its interior courtyards house some of the city’s best Rivera murals. 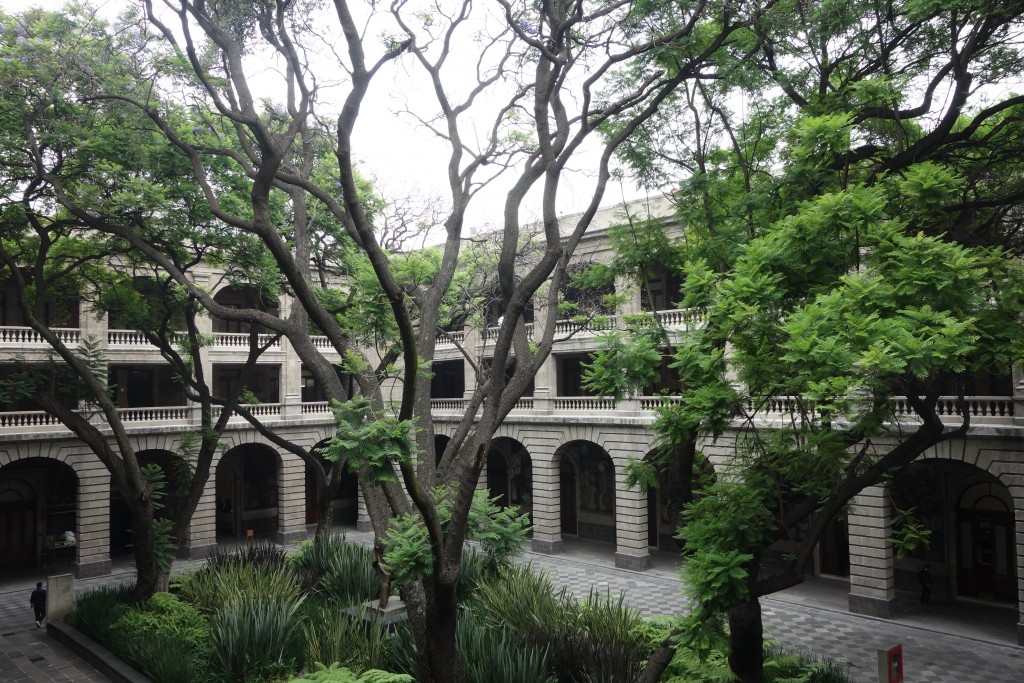 The Bosque de Chapultepec, popular as it may be, is sprawling enough to retain a sense of peacefulness despite its city centre location. However, recommending the entire place would be too straightforward; so, instead, we suggest that you head to the Audiorama, which is situated right near Chapultepec Castle. This quaint area of the park plays light background music all day long, making it the perfect place to think or even read; Fridays are for jazz, Saturdays for chill out sounds and Sundays have classical music. 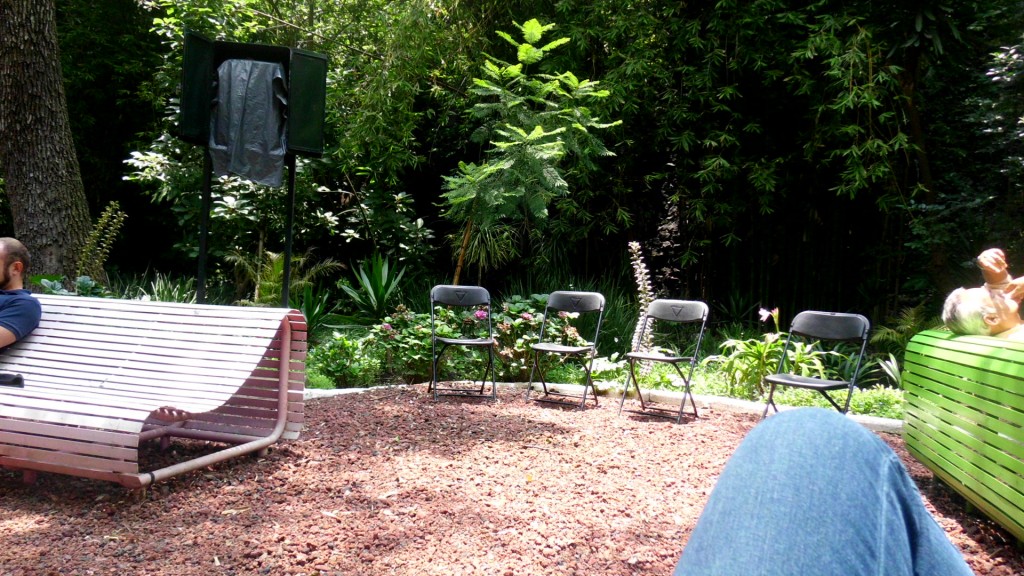