How to Celebrate New Year’s Eve in Vancouver 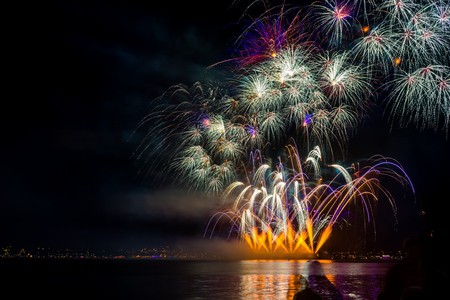 New Year’s Eve in Vancouver includes many exciting events, such as one of the largest parties in Canada, fireworks that are visible from several locations, and clubs where you can dance the night away. Keep reading to discover the best events happening in Vancouver for New Year’s Eve 2017. 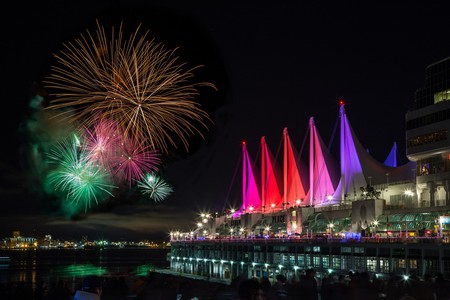 Rio Theatre has always been the place to visit in Vancouver for alternative and unique events. New Year’s Eve is no different. This year is Patrick Maliha’s (a comedian who holds the world record for performing the most impressions in under a minute) fifth annual Naughty Little New Year’s Eve celebration. The event includes a performance by Shirley Gnome, an award-winning cabaret musician. There will also be burlesque by Barbara Beall and Riff’ing by The Gentlemen Hecklers, in which Patrick Maliha and friends provide commentary on the best bad movies. It will be a New Year’s Eve to remember.

There are quite a few events happening on Grouse Mountain this New Year’s Eve. Firstly, there’s the NYE Snowshoe Fondue event, which has three sessions on NYE. Following a one-hour guided snowshoe tour, you can enjoy cheese, broth, and chocolate fondue courses at Altitudes Bistro on Grouse Mountain. Then there’s the NYE Gala, which begins with a six- or four-course meal at The Observatory and Altitudes Bistro, respectively.

For families, there’s a family-friendly celebration outside on the Peak of Christmas. Activities include skating on the Skate Pond while listening to an award-winning band and DJ, tackling the sliding zone, walking through the magical Light Walk, seeing AcroFire Entertainment perform with fire, and enjoying the fireworks display at 9 pm. Finally, on New Year’s Day, Grouse Mountain is also hosting a Snowshoe S’mores Tour, where the whole family can enjoy s’mores and hot apple cider beside a fire after finishing an easy snowshoe stroll. 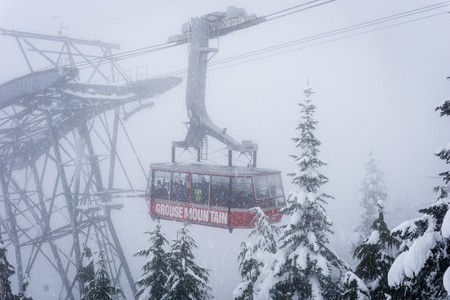 For people who want a glam New Year’s Eve, check out Fairmont Waterfront’s Gala Ball, located at Canada Place. Hosted by The Block Inc., this is the number one sold-out NYE event in Vancouver every year. Inside, you can expect two dance floors with DJs playing popular dance hits and R&B classics, “well-appointed” appetizer stations, a photo booth, red carpet media, a perfect view of the Canada Place fireworks from the Grey Goose Lounge, and a midnight champagne toast.

Hosted by Student Tours and happening in cities across Canada, the NYE Extravaganza Club Crawl is undeniably Canada’s largest New Year’s Eve party. Their motto? “Why party at just one venue on New Year’s when you can go to all of them?” Some of the participating venues in Vancouver this year include The Roxy (one of the city’s best nightclubs), Blarney Stone, The Pint, Studio, and several other clubs in the Granville Entertainment District. A ticket gets you access to four clubs, transportation on luxury buses, VIP express entry, and a gift bag filled with party favors and beads. 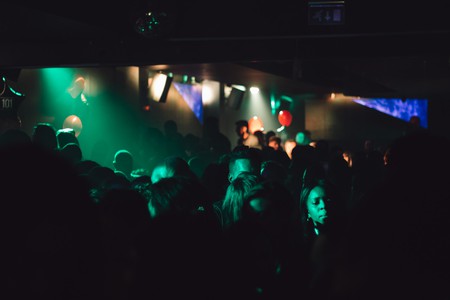 Calabash Bistro is a restaurant in Gastown that specializes in Caribbean cuisine. Its basement, however, has been transformed into a live music venue. Throughout the week, it features DJs spinning everything from old-school beats to hip-hop classics and artists performing African soul music, Latin, jazz, and blues. On NYE, their Bashment Party will be the best reggae party in town, with rum punch and Caribbean snacks on offer for revelers.

Vancouver’s Marriott Pinnacle Downtown Hotel is hosting NYElectric on New Year’s Eve this year. Presented by OurNightLife Network, there will be “three top Vancouver DJs, two rooms, and one amazing countdown.” The DJs will be playing EDM and top 40 hits, and the event also includes a two-hour appetizer buffet from 10 pm until midnight. NYElectric will also feature a VIP section with its own private bar and DJ.