Cirque du Soleil: The Circus That Took Over The World

Since its initial performance in Quebec in 1984, Cirque du Soleil has evolved into one of the world’s most famous live spectacles. Cirque du Soleil’s range of performances have transformed over the years, yet the core elements of spectacle, storytelling and imagination have remained at the heart of this circus giant. 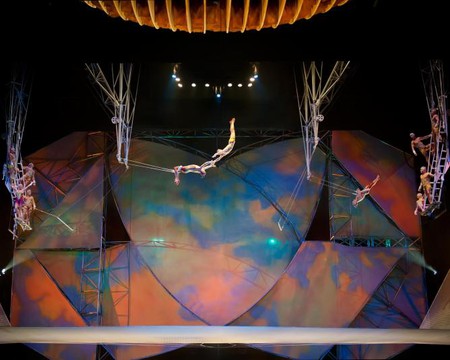 Up until the late 20th century, the term ‘circus’ carried connotations far different than what it means today. Early circus performances conjure images of traveling families with bizarre skills, flamboyant ringmasters with whips, waltz music from marching bands and, sadly, occasional examples of animal cruelty. However, in the late 1970s a new type of performance began to emerge around the world, which focused on human physical skill instead of obscurity, and on narrative rather than bewilderment. Developed simultaneously in Australia, France, Canada, the United States and Britain, nouveau cirque manifested itself as an international movement, but it wasn’t until the ’80s when Cirque du Soleil surfaced that contemporary circus was truly brought to the world’s attention. 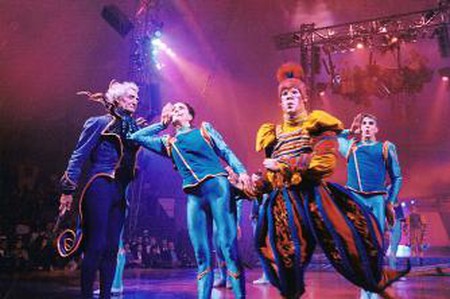 In the early ’80s, Gilles Ste-Croix, the co-founder of Cirque du Soleil, was busy creating street shows in Quebec with young performers under the collective name Les Échassiers de Baie-Saint-Paul (the Baie-Saint-Paul Stilt walkers). Along with Guy Laliberté, another co-founder, these street performances were filled with larger-than-life characters: stilt walkers, contortionists, unicyclists, fire breathers and musicians. Gaining the attention of audiences and critics, the troupe’s reputation led them to organize the La Fête foraine de Baie-Saint-Paul Festival and found Le Club des talons hauts (the High Heels Club). This wave of success inspired a new dream: ‘to create a Quebec circus and take the troupe traveling around the world.’ The sky seemingly the limit, there were still many barriers blocking their ascent. Despite their popularity, the profits for their endeavours were low (they were lucky to make even with their production costs) and these financial issues made it impossible to fund the type of shows they wanted to create. 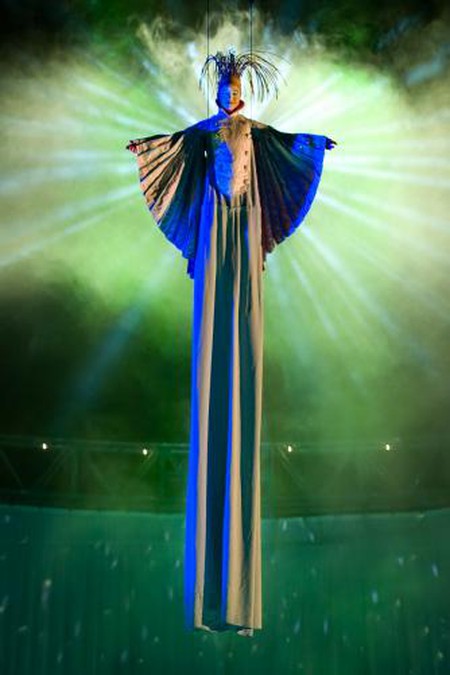 Unsure how to progress to the next level, in 1984 the company was given a golden opportunity. Laliberté’s show proposal was accepted for Quebec City’s celebration of the 450th anniversary of Jacques Cartier’s discovery of Canada. Receiving substantial funding for this project, the team was able to create a production that wowed audience members with a visual extravaganza and incredible physical skill; with the title ‘Cirque du Soleil’ the circus of the sun had now risen. Today, one of Canada’s largest cultural exports, it seems fitting that Cirque du Soleil was first revealed on the anniversary of the Great North’s discovery.

Throughout the years, Cirque du Soleil has expanded and diversified their shows, always building on their core ideals: ‘to invoke the imagination, provoke the senses and evoke the emotions of people around the world.’ Its early years saw Cirque du Soleil develop a Canadian following, putting on shows such as Le Grand Tour, La Magie Continue and We Reinvent the Circus. The latter show would be the first production to tour internationally, performing at the Los Angeles Festival in 1987. A huge success, the show continued to tour around the United States, and was even invited to perform at the 1988 Calgary Winter Olympics. Greeted with rave reviews, word about this Canadian ensemble was spreading fast. 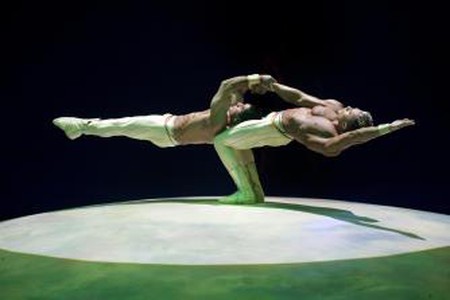 The next decade saw more shows develop, each exploring new themes and imaginary worlds. Nouvelle Expérience, Fascination and Saltimbanco were added to the list, and these shows, as well as We Reinvent the Circus, toured around the globe, visiting Paris, London, Tokyo and more. Mystère became Cirque’s first permanently placed show in 1993, created specifically for the Treasure Island Hotel in Las Vegas. Still performing today, Mystère revolutionized the way contemporary circus could be made. 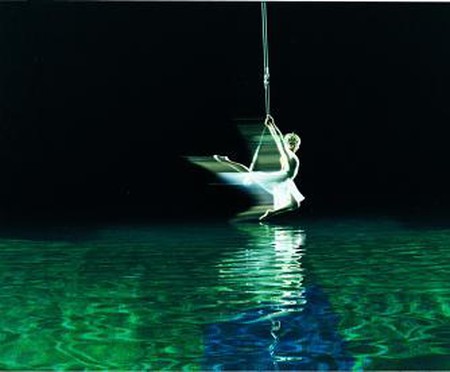 More resident shows burst into existence, such as O at the Bellagio in Las Vegas, La Nouba at Walt Disney World in Florida and Zaia at The Venetian in Macau. Due to the increasing success of the company and money invested, these permanent performances were able to include incredible sets with innovative stage technics. O was the company’s first aquatic show and includes a 1.5 million-gallon pool on the stage. In these years of growth Cirque du Soleil also experimented with non-live performances; in 2000, Cirque du Soleil’s work was screened at IMAX theatres for the first time with Journey of Man, and in 2003 Cirque debuted its first TV series. 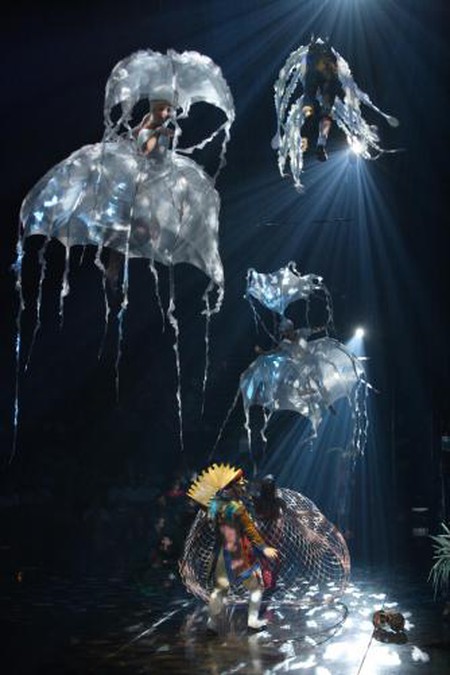 While Cirque du Soleil has been an ever-expanding creative force, it has received some criticism for the similar aesthetics that many of its shows hold. While some may feel that, ‘once you have seen a Cirque du Soleil show, you have seen them all,’ each show is centered on unique stories, worlds and themes, featuring performers with differing skills and original music. Further pushing their creative identity, some creations have also seen Cirque team up with other popular cultural phenomena, such as the music of The Beatles in LOVE, the magic of Criss Angel in Criss Angel: Believe and recently the experience of Michel Jackson in Michael Jackson: One. Many renowned names have also worked with the troupe, such as James Cameron, François Girard and Philippe Decouflé, and Cirque’s shows have performed at important events such as Super Bowl XLVI, XI FINA World Aquatic Championships and the G7 Summit in Halifax, Nova Scotia.

Starting off as a company of 73 people in 1984, Cirque du Soleil now employs 5,000 worldwide and entertains millions of viewers yearly. The company is now multifaceted and runs social programs that help disadvantaged youth through teaching circus skills that help build self-confidence as well as personal and social skills. With Cirque du Soleil’s vast global reach, the company has shattered the stale image of traditional circus, leaving it in the black hole of the past. Having performed in every continent except Antarctica, Cirque du Soleil has revolutionized performance culture, and with the importance that the company places on imagination and innovation, who knows where the bright future of Cirque du Soleil will lead. 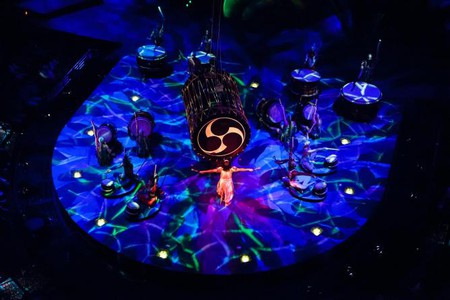