Why You Need to Visit the Bata Shoe Museum, Toronto 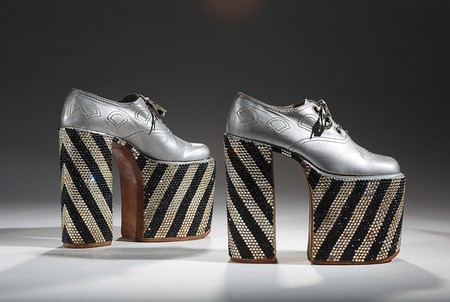 With Toronto’s firm status as one of Canada’s fashion, consumer and cultural hotspots, it’s no surprise the city is also home to a museum dedicated solely to shoes. Within the world-class Bata Shoe Museum (BSM), you can explore 4,500 years of footwear history, as the shoes reveal stories of cultures across time and space. Whether you’re a history buff, an art lover, fashion enthusiast or all three, here are just a few reasons why you should visit this museum.

Toronto residents have Sonja Bata to thank for the BSM’s existence. In the 1940s, Mrs Bata started to travel around the world to collect shoes of every type imaginable to craft a collection that encompasses both the ordinary and the extraordinary. As a leading figure in the shoe industry, her business travels allowed her to build one of the world’s strongest footwear collections and, with it, the first shoe museum in North America.

By 1979, Mrs Bata’s collection had grown larger than private storage space would allow, so the Bata family created the Bata Shoe Museum Foundation. It funded field trips to collect and research cultures where traditions change quickly, including North American indigenous cultures and places in Asia and Europe. Its main mission, however, was to create an international hub for footwear research. On May 6, 1995, the Bata Shoe Museum officially opened its doors as a world-class museum with a highly specialized collection.

Inspired by the concept of a shoebox, acclaimed Canadian architect Raymond Moriyama designed this award-winning “gem of a museum” that hosts Bata’s collection within a sprawling three-story structure on Bloor Street. State-of-the-art storage and inventive exhibit lighting complement the “floating” staircase, considered to be the architectural centerpiece of the space.

The BSM has more than 14,000 unique shoes and related artefacts in its collection, and more than 1,000 are on display at any given time. Using footwear as an entry point into the anthropological study of the world’s cultures, the BSM weaves a cultural narrative that spans the globe. Highlights include its circumpolar, 18th-century European, Indigenous North American and Asian footwear collections.

Celebrating both the style and function of footwear, the BSM’s collections are spread across four galleries. You can explore everything from Chinese bound-foot shoes and ancient Egyptian gladiator sandals to sexy stilettos and glamorous platforms.

The semi-permanent exhibition All About Shoes: Footwear Through the Ages is a comprehensive overview exploring more than 4,500 years of history, going beyond the aesthetics of footwear to show how shoes can reveal social, cultural and even political developments throughout time. In addition to the historical artefacts, All About Shoes includes a collection of 20th-century celebrity-owned footwear. The three other galleries feature rotating exhibitions.

The BSM is committed to hosting rotating exhibitions that are engaging, relevant and reflective of footwear culture. Past exhibits included Standing Tall: The Curious History of Men in Heels, which explored the history of men in heels from the early 1600s to the present day and showcased the heeled footwear of everyone from privileged aristocracy to hyper-sexualized rock stars. The most recent exhibition, The Great Divide: Footwear in the Age of Enlightenment, opened in August 2020. It’s part of the museum’s special 25th-anniversary exhibition lineup and focuses on 18th-century shoes and social issues at the time (and even today), including gender and race.

Its place in museum-theft lore

On January 22, 2006, the BSM joined the ranks of museums that have fallen victim to art and artefact theft – including Paris’s Musée du Louvre, Amsterdam’s Van Gogh Museum and Oslo’s National Gallery. A pair of rare Indian 19th-century shoes embroidered with gold and encrusted with diamonds and rubies and valued at $160,000 was stolen from an exhibit. At one point, the shoes were worn by a Hyderabad prince before the region became part of India. Without their historical context, they – priceless to the museum – had no street value. What’s more, as BSM curator Elizabeth Semmelhack explained to The Globe and Mail at the time of the theft, even the diamonds – cloudy and not properly cut – were worthless on the market.

Rumors swirled that organized crime was involved, and the Bata family offered a $25,000 reward. The following month, in February 2006, a customer brought in images of the shoes to print at a photo center; the staff recognized the shoes and notified the police. A “cloak and dagger” drop-off arrangement was made, and the shoes were returned to the museum. The thief was put on trial and pleaded guilty to the crime, receiving a house-arrest sentence. Luckily for the BSM, all’s well that ends well in this case of stolen shoes.