Thunder Bay’s restaurant are increasingly embracing the talents of this city’s diverse population, presenting the cuisine of cultures around the world with a northern Canadian twist. This city’s rich farms and pure lakes are helping to fuel an burgeoning locavore scene. From contemporary gastropubs to long-standing neighborhood landmarks, here are some of the best places to eat in Thunder Bay. 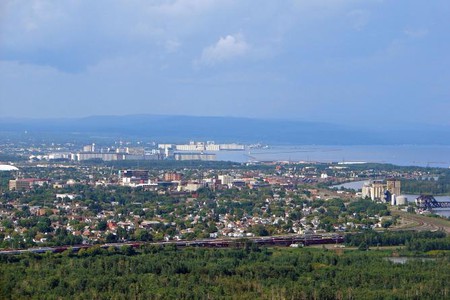 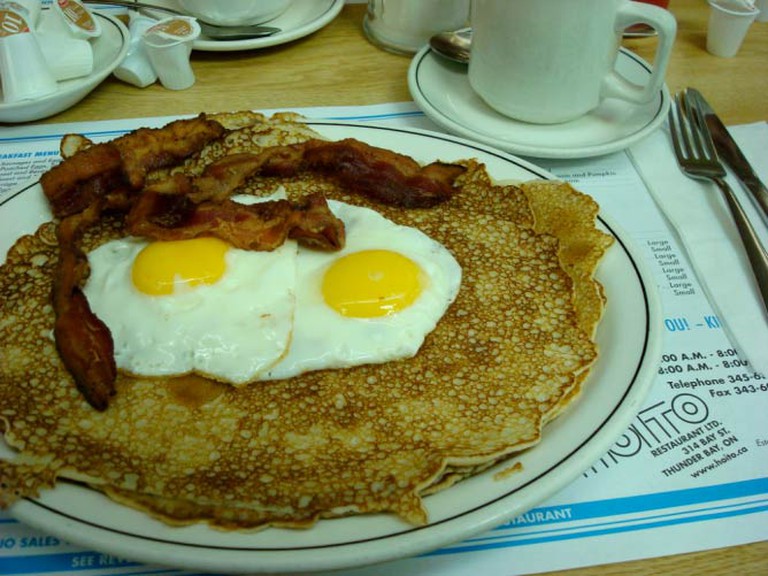 Dating back to 1918, Hoito began as a cooperative dining hall which provided affordable meals to the city’s Finnish workers. Today, the restaurant is still run by the Finlandia Association and set in the basement of the Finlandia Club. Seating is mainly at communal tables, with the blue trim and wainscoting on the blond wood walls paying tribute to the colors of the Finnish flag. Hoito’s specialty is flattened Finnish pancakes, which are served all day. The menu also includes other Finnish specialties, as well as roast chicken, burgers and shepherd’s pie.

The Growing Season Juice Collective specializes in made-from-scratch, healthy, local cuisine. The restaurant’s interior is cozy and relaxed, with a chalkboard menu and local artwork decorating the walls. There’s a large window where diners can watch street traffic while enjoying their meal, as well as an outdoor patio space open during the summer. Other diners take their food to-go to enjoy overlooking the nearby marina. As the restaurant’s name suggests, blended juices are a signature item but the menu also includes a variety of salads, soups, wraps, and daily specials. 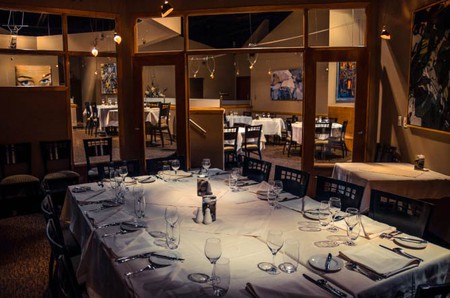 Courtesey of Bistro One

Bistro One offers a rotating menu of international dishes in a sophisticated setting. The menu changes daily, but specials like the sea scallops in maple syrup champagne sauce and the rosemary roasted rack of New Zealand lamb with gorgonzola butter remain mainstays of the menu. The diverse main courses are best finished by a dessert prepared by the restaurant’s pastry chef, such as the signature warm chocolate gateau with a raspberry coulis and espresso ice cream. Bistro One also offers a selection of more than 100 wines, many of which are not available anywhere else in Thunder Bay.

Featured on FoodNetwork Canada’s You Gotta Eat Here!, the Sovereign Room is a trendy gastro-pub with a fantastic menu and an extensive selection of import beers. Go for the Duck Confit Poutine, made with duck leg confit, caramelized onion gravy and house fries, or one of the stone-baked pizzas. With old-fashioned signs, dark furnishings and a chandelier behind the bar, the restaurant exudes a hip, relaxed ambiance. Live music is often featured, with genres ranging from funk to indie. With up to 60 different premium and domestic brews offered, the restaurant also has one of the city’s best selections of beer.

Masala Grille is widely credited with paving the way for the city’s international restaurant scene, sparking a number of other culturally diverse restaurants to open in the wake of its success. Housed in an elegant former manse, the restaurant’s large interior is decorated with lovely Indian decor, with many handicrafts and tapestries available for sale. The restaurant’s Indian and Thai cuisine is cooked up by three Indian chefs, with a variety of beef, lamb, chicken, seafood, vegetables, paneer, rice and noodle dishes offered. Most of the produce is sourced locally, while the spices are imported from India. The restaurant occasionally hosts small cooking classes, as well as special ‘Tandoori Nights’ during which meats and fish are cooked for diners in its tandoori clay oven. 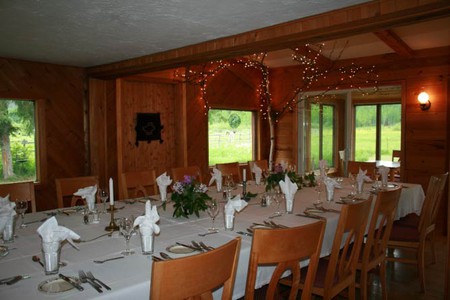 Rose Valley Lodge & Restaurant offers a romantic dining experience just outside Thunder Bay, set amid forest, meadows, and mountains. The restaurant’s five-course dinner menu includes salad, soup, appetizers, main entrées, and desserts. Dishes incorporate local and organic products wherever possible. The main dishes focus on meat, with chicken, pork, veal, beef, lamb, duck, and rabbit all on the menu. However, there are also a number of options for vegetarians including a curry with made with apples, pears and tofu and served with brown Basmati rice and two kinds of vegetables.

Gargoyles has established itself as a stylish venue for business meetings during the week, and a vibrant spot for live entertainment on weekends. Musical genres performed range from jazz and blues, to folk music and classical. The focal point of the restaurant is a cultured stone bar decorated with whimsical gargoyle statues. The restaurant serves up ‘Canadian Fusion Cuisine,’ drawing inspiration from diverse cultures around the world. The menu includes four rotating seasonal dishes, as well as a selection of pizzas and entrées like the spicy linguine jambalaya. In addition to an excellent selection of martinis, the restaurant offers more than 30 different bottles of wine.

Tomlin Restaurant offers an approachable yet unique menu of plates designed to be shared among friends. The menu is small but carefully chosen, and changes regularly. Typical dishes might include honey miso fried chicken garnished with kale and pickled veggies, and basil linguine with mushrooms, black truffle, toasted pine nuts, and pecorino. The restaurant’s focus on local ingredients extends to its drink menu, which emphasizes Ontario-brewed beers and Ontario red wines. Tomlin is the only restaurant in the city to make use of the French sous-vide process in which certain veggies and meats are sealed in an airtight bag and cooked in a water bath at low temperature, helping them to retain more moisture and flavor.

The Prospector Steakhouse is a family-owned restaurant that has been a Thunder Bay mainstay for more than 25 years. True to its name the restaurant caters to carnivores, with their signature dish ‘The Prospector Bones’ consisting of an enormous rack of roasted and charbroiled prime rib bones. The restaurant’s interior is rustic and nostalgic, decorated with antique handguns, a blonde tamarack wood bar, and local artwork. The freshly baked ‘Prospector Buns’ are famously addictive, and the restaurant also offers a fantastic salad bar as well as chicken and seafood mains.