This Canadian Province Has More Than 200 Reported Bigfoot Sightings 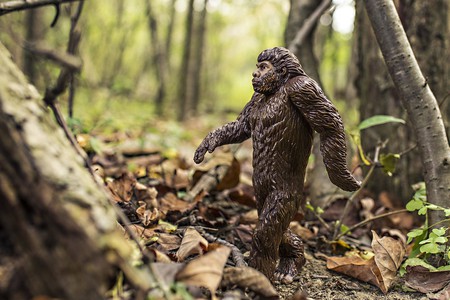 Just like the Yowie in Australia and the Yeti in Asia, the Sasquatch—also known as Bigfoot—is a cryptid, reportedly seen around the Pacific Northwest region of Canada and the United States for hundreds of years. Keep reading to learn more about Bigfoot sightings in British Columbia.

The history of the Sasquatch

Legend has it that a Sasquatch is a large ape-like creature that walks on two feet and lives deep within forests. People have described them as reaching 2.75 meters (nine feet) in height, being very powerful and stealth, communicating through whistles and grunts, and emitting a horrible smell. The nickname Bigfoot comes from the fact that their footprints can measure up to 50 centimeters (19.6 inches). The Sasquatch is known as a cryptid, which means the scientific community hasn’t confirmed its existence. Its name and presence come from legends told by the Native First Nations of Canada’s Pacific Northwest.

J.W. Burns was the man behind the name Sasquatch, which he coined in the 1930s. An Indian agent assigned to the band now known as the Sts’ailes First Nations, Burns supposedly took the name from the Salish word Sasq’ets, which means “wild or hairy man.” The Sts’ailes believed that the Sasquatch could move between the physical and spiritual realm.

Sasquatch sightings go back as far as the 1800s when prospectors and miners from the Klondike Gold Rush in the Yukon told stories of wild ape-men. In British Columbia, over 200 Sasquatch sightings have been reported in the area of Harrison Hot Springs, Pitt Lake, Whistler and Squamish, Hope, Mission, and on Vancouver Island. People have also reported hearing the Sasquatch making high-pitched screams and howling at night across British Columbia. 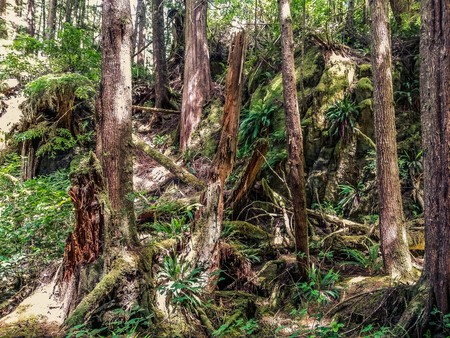 Where the Sasquatch roams in British Columbia | © Fyre Mael / Flickr

A Sasquatch cave sits at Mystery Valley, on the west side of Harrison Lake at Harrison Hot Springs. It’s made up of approximately 60 meters (200 feet) of above-ground tubes, all interconnected to make Harry’s Home—both the apparent home of Sasquatch in Harrison Hot Springs and a fun children’s play area.

The last sighting on record was in 2014; Global News reported that a Sasquatch-like creature was seen trudging through snow in a remote area near Whistler.

The legend of the Sasquatch also lives on through Sasquatch!, a music festival, which happens annually on Memorial Day weekend. The festival takes place near Quincy in central Washington State, in an open area alongside the Columbia River.

A Sasquatch figurine | © Ryan McGuire / Pixabay
Give us feedback