The Top 10 Things To See and Do In Kingston, Ontario

Formerly Canada’s first capital city, the city of Kingston is now a thriving community with some of the most interesting history in the province. The following includes the 10 best things to see and do in the city, from museums and tours to scenic trails. 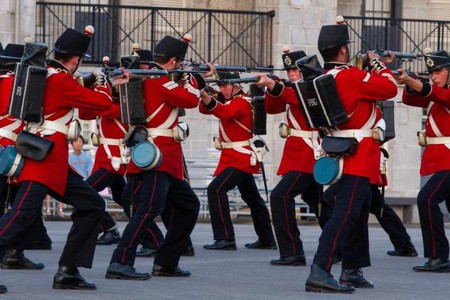 Originally constructed during the War of 1812, Fort Henry is a military fort located across the water from downtown Kingston, on an elevated point overlooking the mouth of the St Lawrence River. Now part of the Rideau Canal UNESCO World Heritage Site and maintained by Parks Canada, the Fort is used as a gateway into Canada’s military history. Tours of the fort are available daily and may also include one of the British military re-enactments conducted by the guard staff.
Opening Hours: 9.30am-5pm daily during May to September, 10am-4pm during September to May 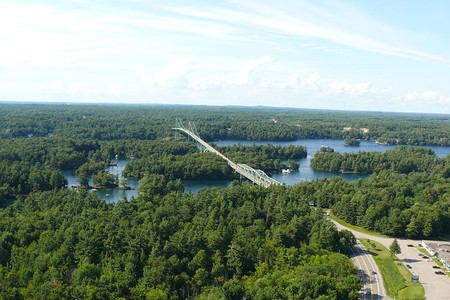 Namesake of the famous salad dressing, the 1000 islands are a group of islands in the western portion of Lake Ontario, between Kingston and the neighboring border into New York state. Operated by the Kingston 1000 Island Cruises company, boat tours of the islands also include great waterside views of the Kingston harbourfront, Fort Henry and Kingston Peniteniary. If you are looking for something a little more special, dining cruises (including lunch/dinner plus entertainment) and private charters are also available.
Opening Hours: 9am-5pm Monday and Tuesday, 9am-6.30pm Wednesday to Sunday 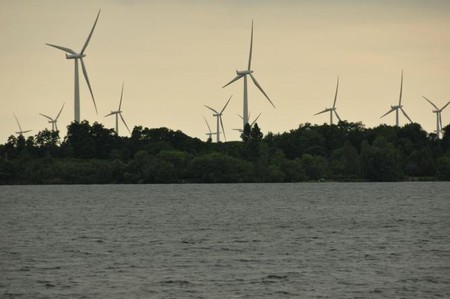 Situated just a little offshore from Kingston is Wolfe Island, the largest of the 1000 islands. The island is fully inhabitated and its largest town, Marysville, is a quaint row of stores and cafes that are very popular during the summer months. Also accessible by ferry is the Big Sandy Bay area where, in summer, the sandy beaches and clear swimming waters could convince you that you were somewhere much more exotic than the shore of Lake Ontario.
Wolfe Island, Frontenac Islands, ON, Canada, +1 613 548 7227

Held in the city’s Springer Market Square, the Kingston Public Market has been operating since 1801, making it the oldest market in the province. Every Tuesday and Thursday from April to November, the square is filled with local vendors selling fresh produce, flowers and other artisanal products, such as the famous Wolfe Island bakery that offers up their baked goods. Saturdays are occupied with an antiques market and a variety of events, including live cooking demos by local chefs.
Opening Hours: 9am-6pm Tuesday, Thursday and Saturday 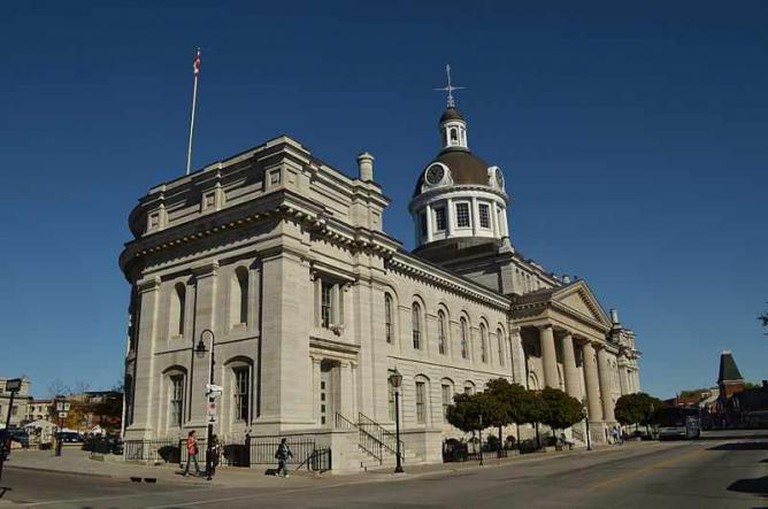 Kingston ON City Hall | © Mkooiman/WikiCommons
The Correctional Service of Canada Museum, or ‘Penitentiary Museum’ as it is better known, exhibits Kingston’s role in Canadian correctional history. For a city of its modest size, Kingston is rather unusual in having had seven different operational prisons situated in it at one point! With a total of 11 in the Greater Kingston Area to see when at the peak of operations. At present, there are two institutions in operation within the city and four more including the surrounding areas. The museum takes care to preserve this complex history from its location in the former penitentiary warden’s forbidding, limestone residence.

Opening Hours: 9am-4pm weekdays and 10am-4pm weekends from May to October (by appointment only, weekdays November to April)

As the principal local governmental seat in Kingston, the City Hall represents an imposing landmark on the city skyline, thanks to its neo-classical architecture designed by architect George Browne. Inside, it still houses the City Council, just as it did during the term of Canada’s first prime minister, Sir John A. Macdonald. Guided tours of the building, exploring its history and current use, are available from May to October.
Opening Hours: 8.30am-4.30pm daily (closed weekends apart from July and August)

As Canada’s first capital, Kingston was once home to the country’s first Prime Minister, Sir John A MacDonald. Situated near the lakeshore, his former home – Bellevue House – has now been converted into a historic site. Fully restored in its mid-19th century style, the house also features a visitor centre and informational aids that cast further light on MacDonald’s eventful life.
Opening Hours: 10am-5pm daily Thursday to Monday, closed Tuesday and Wednesday

For first time visitors to the area, you cannot go wrong with a Kingston Trolley Tour. Distinctive throughout the city thanks to their bright red exterior, the trolleys operate on a hop-on hop-off basis and take you on a convenient 75 minute tour of the main sightseeing highlights. The service runs daily from May to October and can also be purchased as a package deal alongside a 1000 islands boat cruise.
Kingston Trolley Tours, 1 Brock Street, Kingston, ON, Canada, +1 613 549 5544

A natural recreation area of close to a thousand acres, the Little Catarqui Creek Conservation Area is located just north of the downtown Kingston area. With such a beautiful setting, the area can be appreciated at all times of year and offers great opportunities for many different recreational activities. It is particularly popular during the winter, when there are facilities for cross-country skiing, snowshoeing and skating on Kingston’s largest natural ice rink.
Little Cataraqui Creek Conservation Area, Kingston, ON, Canada, +1 613 546 4228

Home to the city’s hockey team, the Kingston Frontenacs, the Rogers K-Rock Centre was recently named 2015 Venue of the Year (under 8000 seats). Although relatively compact, the stadium is used for many different events including hockey season fixtures and charity matches, as well as for the 2015 Figure Skating National Championships. For those less keen on sport, the venue also hosts a variety of music concerts, including those of big name musicians Bryan Adams and Brad Paisley.
Rogers K-Rock Centre, 1 Tragically Hip Way, Kingston, ON, Canada, +1 613 650 5000